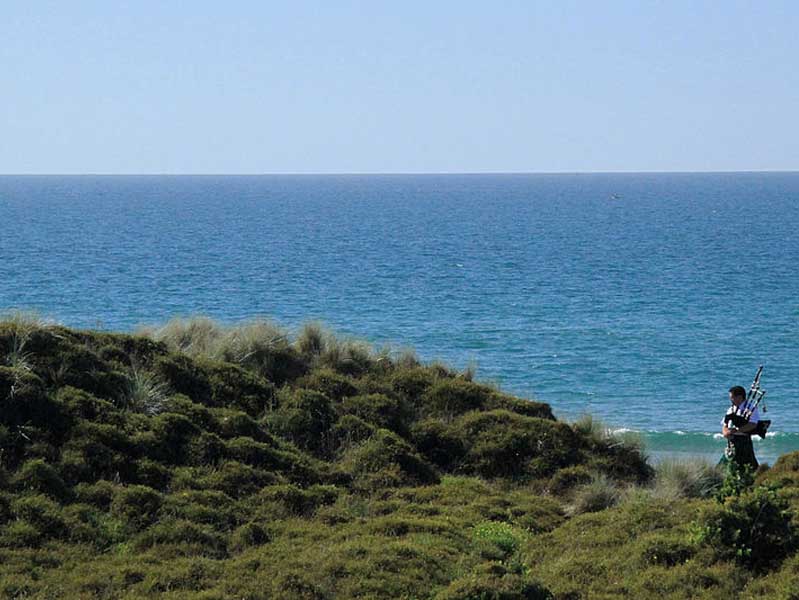 That’s what at least 95% of pipers thought when they learned that they’d be expected to shut themselves into their homes, put their head down and not engage in-person with anyone unless they absolutely have to.

It’s pretty much what pipers do anyway.

They love to be at home with their practice chanter or Blair Digital Bagpipe or on the big pipes perfecting their personal skills to be the very best they can be on their own.

Sure, many pipers will be missing that weekly in-person interaction with the band. But it’s not so much the interaction as it is the satisfaction that you can actually deal with and even enjoy people for a bit, and then go back to your usual introversion.

The only other thing pipers miss is the paradoxical look-at-me spectacle of Highland dress. You know, garbing up in multi-coloured wool, crazy sporrans, flashy buckles, hat badges and gleaming cantles, all designed to attract attention. Pipers like to be a spectacle almost as much as they want to be alone.

Sort of like the demure actor who springs out of their shell when in character on stage. They become another person.

So what takes the place of all that Highland dress and loud solo performance?

Well, it’s social media, of course. Note all of the pipers taking to Facebook, Instagram and whatever to show their super-fun COVID vids. Look At Me!

Pipers love to be alone, but they hate loneliness.

The lone piper. The solo piper. The forcing of yourself to go out there on your own without crumbling. If only you could compete without having to talk to the judge. The business of telling them what you’re going to play is often more nerve-racking than the playing itself.

Could a piping or pipe band competition even happen without a beer tent serving up copious amounts of Dutch courage? One wonders.

Forced self-isolating could be a godsend for pipers. They can sit there by themselves and compose tunes on their own, like they always do, never, ever collaborating with others. No gloomy Lennon to temper McCartney’s “granny tunes.” No Richards to tell Jagger he’s crap. Just pure one-and-only-me composition. Only nine notes, after all, so how hard can it be?

The solipsism of pipe band people is legendary. Most of them love to be alone with their tunes and their personal instrument. And who can blame them? If you want to be good, you have to put in the hard graft on your own, by yourself. And then get release from isolation at band practice. And to be accepted and valued by the group, you have to spend lots of time away from the group.

The exceptions: Tenor drummers, of course. Tenor drummers are extroverts. To be sure, they put in the time on their own, but it’s usually in the company of a full-length mirror. Makes sense: the visual aspect is crucial, so they need to be their own best critic.

Pipers simply can’t fathom tenor drummers. All that happiness and delightful socializing. All that sharing and caring and endless camaraderie. Give us a break. Don’t you know you’re supposed to be in agony while you play? This isn’t fun. There’s no smiling in pipe bands.

The bagpipe is the perfect instrument for introverts. That’s why so many pipers are golfers. Or cyclists. Or island-lovers. Or fans of noise cancelling technology. Or boomerang players. Or writers. Or even all of the above.

Yes, the whole situation is loathsome and every piper wishes they didn’t have to self-isolate.

They’d much prefer doing it on their own.

But, hey, it could be a whole lot worse.

Seriously: Be safe. Stay healthy. Make the most of your time on your own.