2020 new year’s resolutions and predictions for piping and drumming

The bells have rung, and it’s time to pull together a few possible resolutions for pipers, drummers, associations and craftsmen to consider, as well as providing a few predictions on how they might turn out.

It’s all for the best cause we know: piping and drumming.

Let’s have a gander at what the goose brought in . . . 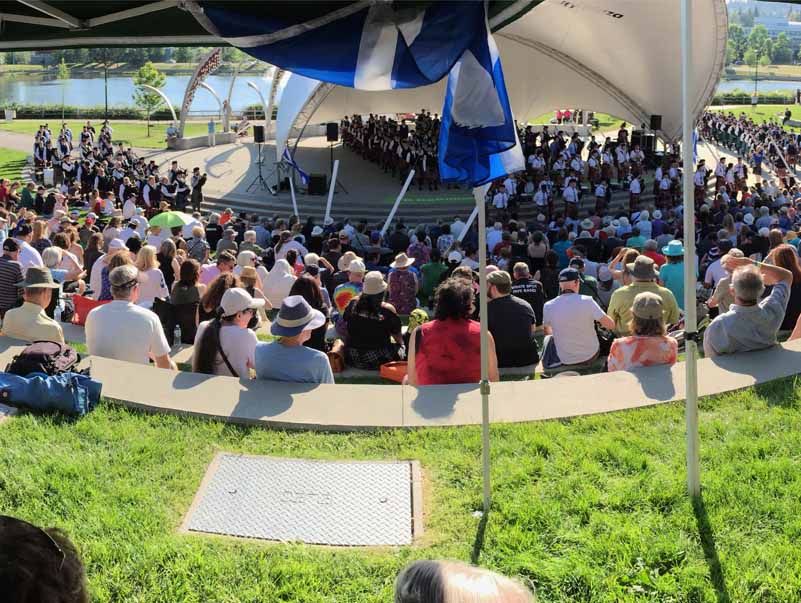 To try new formats. The piping and drumming world risks passing its sell-by date, as it were, if it already hasn’t come and gone. If competition-running associations refuse to expand with new ideas, then go it alone. We’ve seen it happen around the world, and for decades we have heard innumerable references to the success of the Breton bagad scene, which packs a stadium for some of their bigger events that combine musical precision with musical creativity and audience engagement.

Change will continue to be sloth-like with tiny steps forward, incrementally allowing “innovation.” That’s fine, but it could be so slow that the opportunity has gone by the time we realize.

To write and arrange more. If you haven’t tried composing, give it a go and keep at it. Take inspiration from innovative writers like Fred Morrison, Allan MacDonald, Lincoln Hilton, Matt Welch, John Mulhearn, Bruce Gandy and Steven McWhirter. Test boundaries to take our music beyond the acceptable and predictable.

It will continue to be less about competition and more about performance, as bands, in particular, are less afraid of judges because judges will be more tolerant and less afraid of the unfamiliar.

A new year’s resolution for our community:

Encourage more experienced pipers and drummers to step up. Times have changed, and our ranks are full of accomplished “business” people who are also accomplished and experienced in our arts. It’s vital that those with both accomplishments lead us. Time and again, we see that our most successful and best leaders are those who have excelled in both piping/drumming and real-world business. With all credit to those who are accomplished at only one side, they tend not to be as respected or trusted. And without respect or trust, they will not be effective leaders in our world.

Prompt the above by encouraging well-rounded potential leaders to step up for these roles. If they are considered “thankless jobs,” let’s thank them more. This will start to be the norm in 2020.

A new year’s resolution for the RSPBA:

To hire a communications agency or consultant – an expert who has real experience successfully advising real companies with real communications problems. And don’t take an easy route by engaging an executive or board member or crony who once wrote an article for the local newspaper and will basically take orders. Find a firm or an independent expert with few or no preconceptions about the piping and drumming world, who can assess the situation and develop a proper plan. Pay them for their advice, listen to it and follow it. And “sweep it under the carpet and hope it disappears” can’t be part of their strategic counsel. It doesn’t work.

It could get ugly if the mainstream media decides to ask questions about accounting and charity status. Associations can ignore the piping and drumming press, but stonewall major media outlets at your peril. This is a problem just waiting to happen and, if it does, what then? 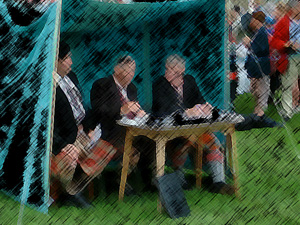 To compete with “new” music. This applies also to bands. The big marches, strathspeys and reels comprising only tunes that have been done-to-death are increasingly less preferred to welcoming compositions made in the last 30 years. Judges with associations like the PPBSO are being encouraged, even required, to stay on top of “modern” tunes, and be prepared to pick them when judging. We’ve seen a lovely change in, of all places, piobaireachd competitions, where the effect of the Piobaireachd Society setting modern ceol mor has led to top soloists keeping them in their repertoire.

Pipe bands will lead this effort, both with light music and piobaireachd. Dynamic new compositions on both sides will send a strong signal that the old is, well, old.

To stop giving away the World’s live-stream. Now, hear us out. We love the ready-access of your glorious multi-camera / gazillion microphone production. But, seriously, it is not yours to give away, and it is legally not the RSPBA’s to give away without the written consent of every performer. We believe that the vast majority of listeners/viewers worldwide would be happy to pay a nominal amount in return for this quality broadcast, but only if they know that their money goes to the world-class artists who are making the product – the artists who pour their hearts and souls and drain their personal bank accounts to make this piping and drumming extravaganza what it is. With that condition, any piper or drummer or enthusiast who gets indignant about paying a few pounds for this incredible show simply isn’t part of the community.

After consultations Grade 1 bands, the RSPBA and/or Glasgow Live will put the World’s broadcast rights out to tender, and performing bands will see royalties returned to them. The BBC streams live music events like the Glastonbury festival, and you better believe that royalties are provided to performers who otherwise would refuse to lift a guitar. It can and should be done at the World’s, too.

To come up with pipe chanters with variety. Everything sounds pretty much the same. That’s fine, but it’s a bit, well, boring. We miss the days when you could recognize a certain sound coming across the park rather than a universal sameness in timbre and tone. Seems like the market could be like the single malt whisky industry, rich with opportunity to offer subtle “expressions” and finishes for bands to create a signature sound around. We can just imagine the marketing opportunities: “For the band that wants a warm, inviting mellowness of tone with hints of sweet Sinclair and a full-bodied Ian McLellan-esque finish that remains in the memory long after the last coach has left the park.”

We’re at least two years off from this, but it will happen as bagpipe makers need to diversify in an increasingly crowded market.

A new year’s resolution for piping and drumming social media:

To stop suspecting the worst of everyone. Public shaming and cancelling of people for the smallest perceived slight or mistake needs to be replaced with tolerance and benefit-of-doubt. The insidious and underlying mob mentality is paradoxical to the pretend lovey-dovey nature of Facebook in particular.

As Facebook and other social platforms suffer from their own reputation problems, pipers and drummers will continue to drift away from it, choosing Instagram instead, or maybe even picking up the phone and talking to people.

A new year’s resolution for piping and drumming associations: 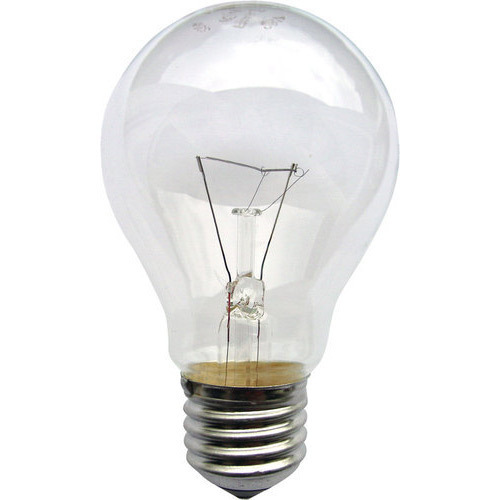 To operate with transparency and full disclosure. Your association is the members, not the building or the executive committee or the board of directors. It is the members. Everything you do is for the members, and they deserve to know you are doing. You are accountable to the last penny. When you don’t provide information with clarity and transparency, members will assume you’re hiding something that you don’t want them to know. It’s a matter of trust. If you are not clear and open you will not be trusted. A few associations already understand this and are operating with clarity. Others seem to reject it, pining for the days of snail mail and printed quarterly newsletters.

Unfortunately, a few harsh lessons will have to be learned before associations wise up. Something like a hurricane or earthquake that everyone knows is sure to happen sooner or later finally forcing better building codes.

A new year’s resolution for the world’s best bands:

Keep on doing what you’re doing. As predicted for 2019, there was as much variety in the winners of the five RSPBA majors as ever, with probably seven bands in the realistic running for a title.

The number of championship winners in 2020 will grow by one to four or even five. Among the bands that return to be a prizewinner at least one major in 2020 will be Shotts & Dykehead, and the top-six lists will feature as many as 12 different bands when all is said and done.

Create alternatives for pipe bands. They’re broke, and they need inexpensive but quality products that will provide them with a different look, that puts an accent on comfort and playing performance. Can tartan shorts be far off?

Associations will gradually soften rules that competitors must wear “traditional” Highland dress. Even Scottish summers are infrequently conducive to wearing all that heavy wool designed for a pre-Climate Crisis era. Neckties will be the first casualty.

A new year’s resolution for teaching piping and drumming: 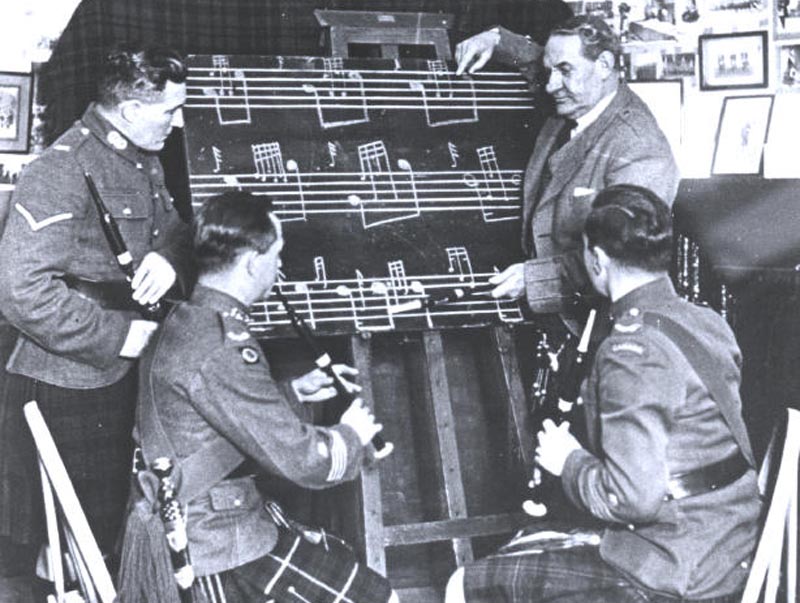 We can sit around and hope that people like Tom Brown MBE or Balvenie Medal recipient Anne Spalding do the heavy lifting, or we can decide to pick up the teaching mantle ourselves. Provided you have the experience, knowledge and, ideally, accreditation, resolve to take on at least one new beginner pupil in 2020.

You will make the time to teach, and you will also keep your association’s figurative feet to the fire to force a change in attitude towards learning over competing.

A new year’s resolution for Scotland:

To be unafraid of independence. Every independent country on earth went through a period of uncertainty, but eventually emerged better for gaining control of their sovereignty. Importantly, they would never go back. For our community, piping and drumming in Scotland – and even the world – will benefit from an even bigger emphasis on the proud nation’s cultural traditions. Even if you disagree with an independent Scotland, a silver lining very likely will be the growth of interest in piping and drumming.

As Britain breaks from the European Union, Scotland will distance itself from the Westminster government, and Scotland the Brave will be much more than a pipe tune.

To use your voice. Change will come only if you let your opinions be known. Judges and associations serve you. They actually want and need to hear from you to know what you want. We’re not talking about trolling rants on social media, but reasoned and intelligent discourse. By asking smart questions you will gain the information you need.

Associations and judges are being watched more closely than ever, and any that unfairly suspend or sanction or otherwise punish pipers and drummers simply for asking questions or broaching sensitive topics will be asking for more trouble than they bargained for. It will take time, though, but we are already seeing the start of more open dialogue.

To take out a subscription to your favourite piping and drumming publication! We are non-profit, and, after the bills are paid, any money left over is contributed to worthy piping and drumming causes. So, if you haven’t already, please do subscribe and, if you are already a subscriber, thank you!

You will click here to subscribe, donate any amount you like or give a gift subscription to your favourite piper, drummer or enthusiastic follower of our amazing scene.

Those are just a few suggested resolutions and predictions that are brought to mind as we usher in 2020.

Only the best to you and yours for a healthy, prosperous and happy year ahead.