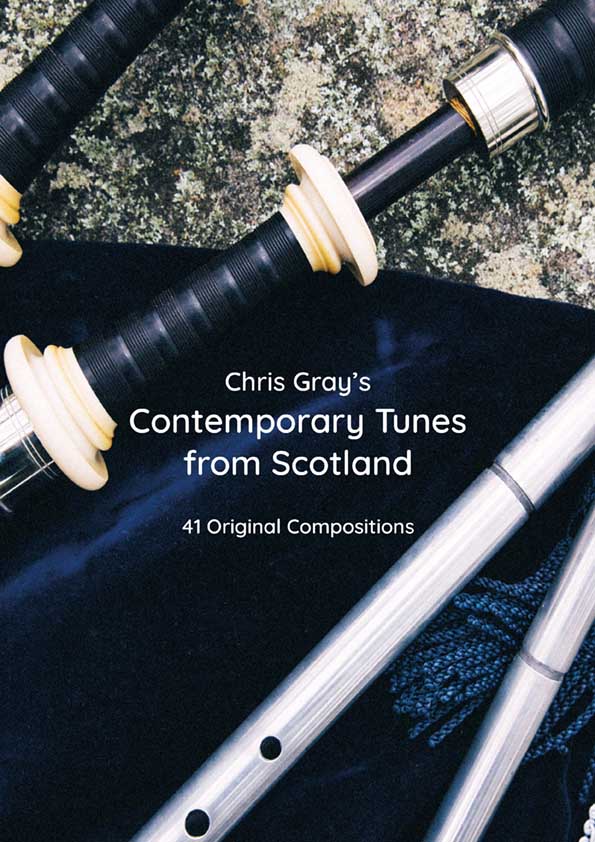 The outpouring of piping talent from the Royal Conservatoire of Scotland continues, with the publication of graduate Chris Gray’s first collection of pipe music

Titled simply Chris Gray’s Contemporary Tunes from Scotland, the book features 41 compositions, including everything from his debut recording, as well as contributions from several others.

A multi-instrumentalist, Gray takes a different approach by including chords with many of the pieces, opening the music to non-piper musicians to play in ensembles or to accompany the Highland pipes.

All of the familiar light music categories are represented, as well as a composition in 7/8 time and a schottis named “Glas promenade.” A schottis is a traditional genre usually comprising mostly quarter-notes and often played for a barn dance. Several tunes in cut-common-time are included, but each intended to be played more deliberately as a “slow reel.”

Gray’s “Salute to the Keepers” is a piobaireachd created in tribute to a society that celebrates the scotch whisky industry.

Chris Gray’s Contemporary Tunes from Scotland is priced at £18 and available directly from his website, and also offered bundled with his album CD for £25.

As part of his marketing campaign, Gray posted a video to YouTube describing the project: