Fredericton, New Brunswick – July 29-30, 2017 – The 36thth annual New Brunswick Highland Games were held in crystal clear sunny and warm Maritime summer weather over two days on the grounds of New Brunswick’s Governor General’s home. Competitions ran like clockwork and were well attended by contestants and paying crowd, with a lively beer tent throughout. Summerside, Prince Edward Island’s various College of Piping bands enjoyed a very successful two days as they prepared to travel to compete in Scotland. Alex Gandy of Halifax, Nova Scotia, was the overall winner of the Professional Solo Piping, and Jeremy Keddy the equivalent in Professional Solo Snare Drumming. The Fredericton Society of St. Andrew Pipe Band is celebrating its 90th anniversary in 2017 and will be competing at the World Championships with a large band in Grade 4. 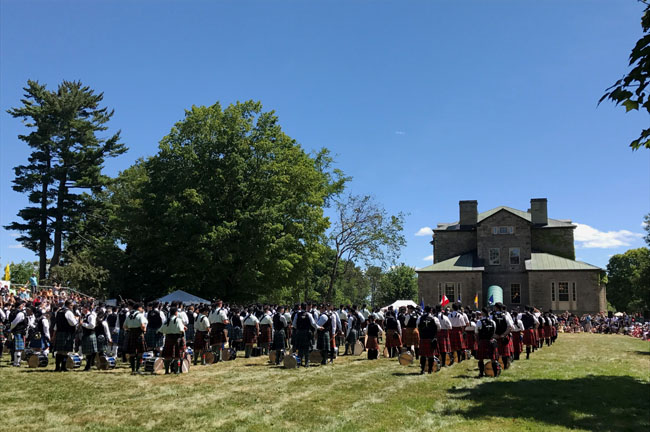