The Hamilton Police Service of the Hamilton-Wentworth region of Ontario has supported a pipe band arm since 1961, making it one of the longest-running police pipe bands in Canada, and the group has recently expanded teaching and self-sustainability with a new, “consociate” approach to build piping and drumming with young learners in the community.

The definition of consociate, according to Merriam-Webster, is “to associate especially in fellowship or partnership,” and it’s with that approach that the reinvigorated program has already paid dividends in pre-post-pandemic Ontario.

‘Success is measured not in prizes, but in whether or not people are still playing for a lifetime. Music is for everyone, all the time.’ – Peter Aumonier

“We want to develop players and young leaders who will sustain the organization over the long term,” said Aumonier, who led the Hamilton Police Grade 2 band to great success in the 2000s. “Success is measured not in prizes, but in whether or not people are still playing for a lifetime. Music is for everyone, all the time.”

Teaching has always been a part of the Hamilton Police Pipe Band ethic, and Aumonier pointed to the fact that no fewer than 18 players who came through the program have gone on to be members of Grade 1 bands, with innumerable others enjoying the art and camaraderie of their learned art.

Trish Kirkwood and her husband Graham Kirkwood have been instrumental in the past to sustaining the Hamilton Police group after its Grade 2 band folded, focusing on instruction with a volunteer group of teachers including former pupils of the band’s teaching program, who want to “pay it forward” as knowledgeable and experienced instructors within the organization. It helps that Trish Kirkwood is career schoolteacher who’s expert in keeping kids engaged and successful.

The organization, with reinvigorated support and commitment from Hamilton Police Services, is strengthening its proactive outreach the broader community, and plans to connect with various schools and community groups to encourage anyone who wants to learn to take advantage of excellent instruction.

Like most established piping and drumming regions around the world, the negative effects of the pandemic are still to be fully realized, and many associations during the last two years have realized that they, too, have to support or provide teaching initiatives for to preserve or even save the piping and drumming arts under pressure from many other competing interests and priorities.

Anyone interested in the Hamilton Police Pipe Band teaching program can find out more from their website.

Does your band have a teaching or other community-related initiative that pipes|drums readers might like to hear about? We’d love to hear from you, so just drop us a line! 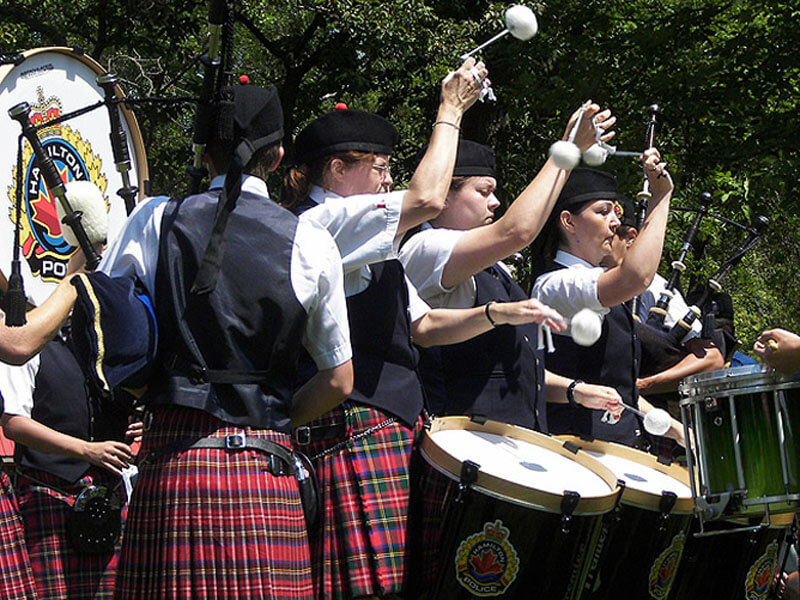 News
Hamilton Police moved up to Grade 2
Get the Newsletter!