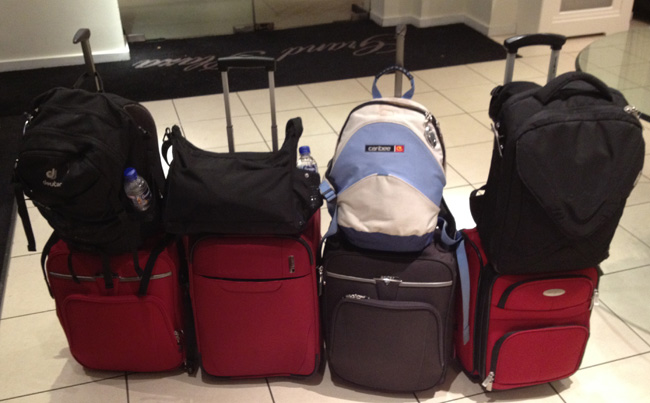 The story about RSPBA adjudicator and former member of the Grade 1 bands Red Hackle, Polkemmet and Shotts & Dykehead Caledonia Jennifer Hutcheon being removed from a European flight caught the attention of the mainstream Scottish news media recently. Essentially, Hutcheon was told to check her pipes and, when she refused, she had to get off the flight.

But, what are the actual rules? Did Hutcheon have a right to take her instrument as carry-on luggage?

The answer: yes, provided it met the dimension and weight restrictions and baggage allowances of the airline and that there was in fact room.

Thousands of pipers will soon be bringing their pipes and their money into Scotland for the World Pipe Band Championships, so it’s useful to know the rules.

As of now, there is only a little dispensation given to musicians bringing on board instruments.

The United States is said to working to legislate rights for musicians flying with their instrument but, currently, each airline worldwide has their own policies and lenience. As of now, no airline will guarantee that your pipes will in fact be accepted as carry-on luggage. It’s unlikely that there ever will be a worldwide standard for travelling with musical instruments.

Extreme budget airlines like Ryanair and EasyJet are ruthless when it comes to making money from anything they can, mostly luggage. A millimetre over size or a milligram overweight and they will zap you. Their luggage rules are intentionally confusing and ambiguous because they want to make more money from you for additional items. This is so they can keep ticket prices low. They sell scratch-cards on board, for goodness sake.

We have heard of pipers who, when given the ultimatum to check their pipes or leave the flight altogether, elected instead to check an empty case and carry their precious pipes on board, wrapped in a jacket, and carefully stowed under the seat.

The best approach is to:

We were sorry to read about Jennifer Hutcheon’s flight plight. She deserved better. For the rest of us, forewarned is forearmed – just in case.