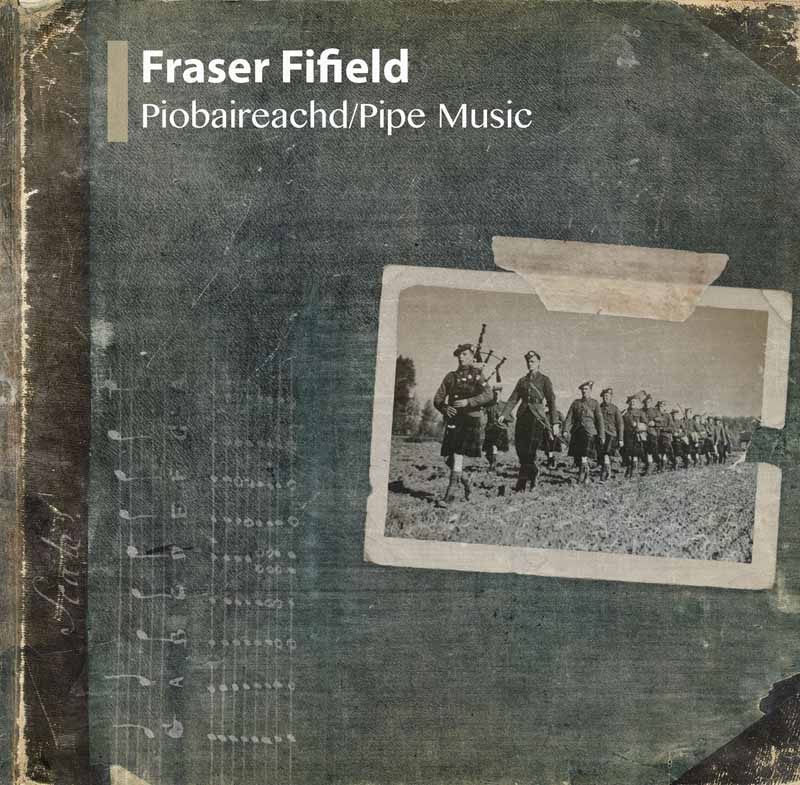 The composer-piper and multi-instrumentalist Fraser Fifield has released a new album that he says is “an improvisatory route to the music we now call piobaireachd,” with 11 tracks of mainly his own works, as well as arrangements and interpretations of several well-known piobaireachds.

Piobaireachd / Pipe Music was created during the extended pandemic lockdown in Scotland that caused Fifield to take a “deep re-examination of ‘that ancient, slightly mysterious music associated with the Scottish bagpipe.'”

A pupil of Jack Taylor of Aboyne, the Aberdeenshire-based Fifield, who now lives in Fife, became fascinated with piobaireachd at age 11. During the last 20 years he’s collaborated with Indian, Bulgarian and Argentinian musicians, played with the likes of Capercaillie; chamber music adventurists, Mr. McFalls Chamber; Afro Celt Sound System; and the Grit Orchestra.

In addition to Highland pipes, he plays whistle, saxophone, clarinet and the Balkan end-blown flute kaval, and has frequently used piobaireachd phrasing ideas in his compositions and improvisations.

Several piobaireachds are “re-imagined” on Piobaireachd / Pipe Music, including “A Flame of Wrath for Patrick Caogach,” “Lament for the Old Sword,” and “The MacDougalls’ Gathering.”

‘I have a theory that improvisation is simply inherent to the human musical experience.’ – Fraser Fifield

The album features improvisational tracks, and “Improvisation on Whistle” is a nod to the alap, the opening section of a typical classical performance of north Indian ragas, combined with the ground of a piobaireachd, reflecting Fifield’s conclusion that Scottish pipe music once involved “much more improvisation than it does today,” which is essentially none.

“I have a theory that improvisation is simply inherent to the human musical experience and I would posit an improvisatory route to the music we now call piobaireachd,” Fifield said in a statement. “I suppose it might be impossible to prove but it makes sense to me and I’m happiest when creating afresh – that interesting mix of performer and composer at the same time.”

You can check out and download Fraser Fifield’s Piobaireachd / Pipe Music at his bandcamp page. a download of the entire album is £8.