Brian Niven receives Medal of the Order of Australia 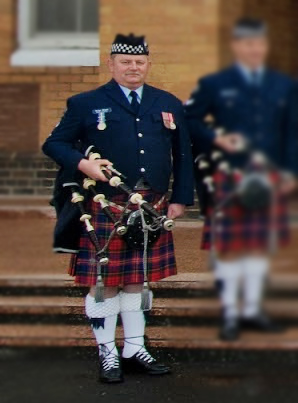 Brian Niven, the pipe-sergeant of the 1998 World Championship-winning Victoria Police Pipe Band of Australia, has been awarded the Medal of the Order of Australia in the country’s annual Australia Day honours, “for service to the pipe band movement, and to the community.”

Niven was a member of the band and a serving officer in the Victoria Police force from 1988 to 2013 when the band was folded due to budget cuts.

He served as President of the Victorian Pipe Bands Association since 1993, was Vice-President, Piping, Pipe Bands Victoria from 2011 to 2013, and is one of few approved “international” adjudicators with the RSPBA, although he has never travelled to the UK to judge.

The Victoria Police Pipe Band never returned to defend its 1998 World’s title, and travel time allowances were quickly reduced for band members serving in the police force, which many of them did. Funding for the pipe band gradually declined and was ultimately cut completely.

The pipe-major of the band, Nat Russell, was awarded the Medal of the Order of Australia in 2007.

The Order of Australia is described as “the principal and most prestigious means of recognizing outstanding members of the community at a national level and nominations are encouraged from all members of the Australian public.”

Coincidentally, Niven was cited as an example in a piping blog post last week on the important but often unrecognized role that pipe band pipe-sergeants play.