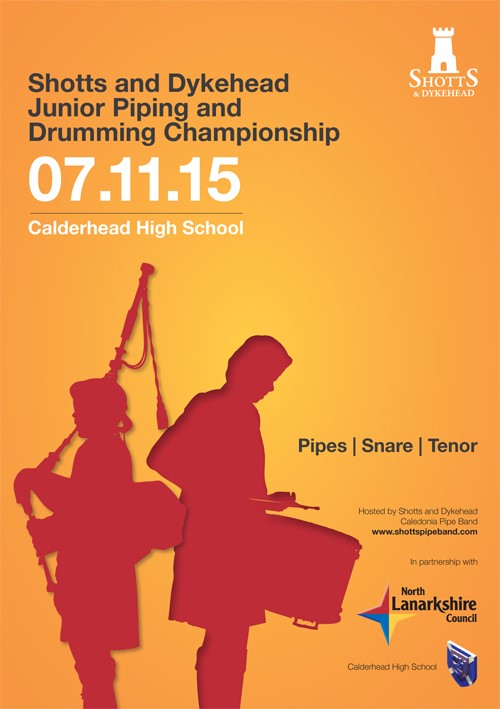 They might be the reigning World Champions, but Shotts & Dykehead Caledonia know that the a positive future lies with a strong youth, so the band is holding back its second annual Juvenile Solo Piping & Drumming Championships on Saturday, November 7th, at Calderhead High School in Shotts.

The band is continuing its partnership with the local North Lanarkshire Council and volunteers from the band and community to build the success of last year’s event, which attracted more than a hundred competitors.

Competitions across all aspects of piping and drumming are planned, with 10 different event categories, from beginner practice chanter and sticks and pads, to piobaireachd, to “freestyle” events, with all contests judged by established and accredited adjudicators.

“Building on the success of 2014 we are running the competition again this year in partnership with North Lanarkshire Council,” said Pipe-Major Ryan Canning. “The aim of the competition is to support young talent in Scottish music and this aim aligns perfectly with North Lanarkshire Schools Music Program. In response to last year’s feedback, we have added a bass drum category and another piping category. Hopefully this year will be even more successful than last.”

As a non-profit and independent magazine, pipes|drums is once again making a monetary contribution to the event in support of piping and drumming in the area.