Speed the pencil: G.S. still composing months before his death

George Stewart “G.S.” McLennan, arguably the greatest composer of light music in the history of Highland piping, was creating new music from his ever-active mind even while his 46-year-old body was failing him.

Thanks to the great piper’s estate, we can see that G.S. was inspired to compose a third part to the traditional reel “Speed the Plough,” a tune that today is seldom heard, but in 1929 would be a staple in every piper’s repertoire.

The piece was jotted down in pencil by G.S. and dated February 22, 1929. He would die three months later, on May 31st, succumbing to a lung cancer, an illness that took hold of many who served in the Great War, including G.S. who was pipe-major of the 1st Battalion Gordon Highlanders and served in the trenches of France under unspeakably horrific conditions. 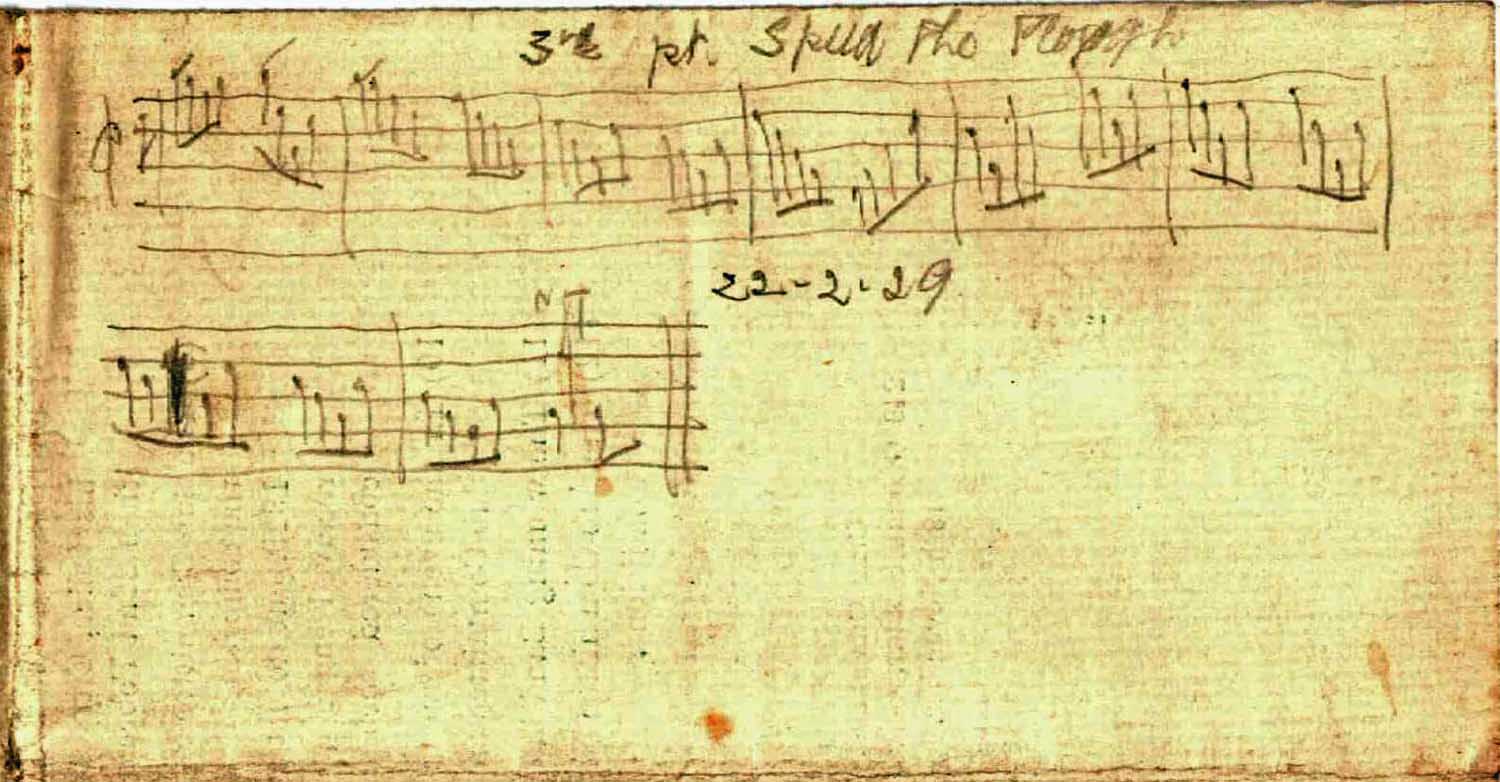 The manuscript is in addition to that also by him for the same tune, in 1923:

“One of the things that stood out for me was the penmanship on the page,” commented Hamish McLennan, who helps to curate and manage the wonderful website devoted to his grandfather. “The strokes on the paper from 1929, compared with 1923 and earlier, look like the work of an aged person, yet he was only 46. Whatever struggles G.S. was enduring physically at the time, the brain was still fully focused on his music. That he was still giving lessons to his sons earlier in the evening he died underlines this.”

G.S. McLennan’s compositions today stand up among the most melodic and technically innovative ever, and include “The Little Cascade,” “Mrs. MacPherson of Inveran,” “The Jig of Slurs,” “Alick C. MacGregor,” “Pipe-Major John Stewart,” and “The Braes of Castle Grant.”

He’s buried at Newington / Echo Bank Cemetery in southern Edinburgh, a site under constant threat of development. His grave is relatively nondescript in a resting place in dire need of repair.

You can find a version of the public domain two-part reel “Speed the Plough” at pipetunes.ca.

Stay tuned to pipes|drums for more hidden gems from G.S. McLennan, published courtesy and by permission of the McLennan estate.

The elusive Willie Lawrie: an image appears from the past
February 21, 2020