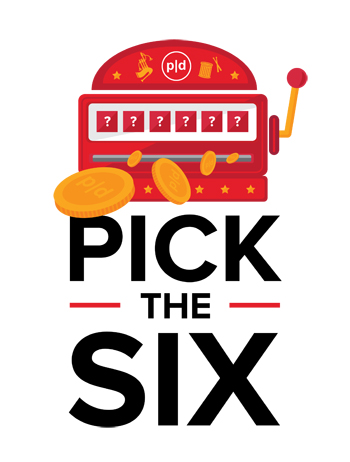 After more than 2,400 predictions were sifted through, the numbers tabulated, the close ones chucked out, Steve Watterston of Maldon, Essex, England, was the only entry to our 2017 Pick the Six competition to predict the World Championship Grade 1 prize-list bang-on.

For his remarkable ability to recognize trends and talent and foresee the future, Steve receives a sumptuous collection of prizes contributed by pipes|drums advertisers, together worth more than $2,300!

While Steve’s was the only entry to get the list exactly right, making him a clear winner, we received many entries that were very close. Many went with a one-through-five list of Inveraray & District, Field Marshal Montgomery, St. Laurence O’Toole, ScottishPower and Shotts & Dykehead, with a variety of bands picked finishing sixth. Police Scotland Fife was most often chosen to round out the list.

There is always at least one wildcard each year, and this time it was Simon Fraser University, who ended up fifth. It’s perhaps foolish to count out the six-time World Champions from Vancouver, and Steve was a rare entry that included SFU higher than sixth.

“Thank you for the news and I look forward to using the prizes!” Steve said after he was told the good news. “Thank you to all the sponsors”

Other entrants to the Pick the Six who deserve recognition, because they only had SFU and Shotts in reverse order, but the rest correct:

Congratulations again to Steve Watterston, and thank you to all who entered the 2017 pipes|drums Pick the Six contest, and, of course, to all of our advertisers that stepped up with great prizes!

Here’s a reminder of what Steve wins:

Lee & Sons Bagpipes – any pipe bag of the winner’s chosing (sheepskin, cowhide, goatskin or sheepskin premium).  With or without zippers and grommets. Retail price $400.