Since then, many have asked if we’d be able to publish the second-prize tune by Iain T. Cameron of Edinburgh.

After a little back-and-forthing, we’re delighted to publish the composition here, along with an audio recording of Cameron performing “The Scots Guards Club, Edinburgh,” which the Eagles decided would be a nice way to honour the group’s long-time meeting place in the Haymarket area of Edinburgh.

Iain Cameron of Edinburgh had a successful run as a solo piper, competing around the games and at the major gatherings through the 1980s. Obvviously, he’s still actively engaged with piping, though not as a playing competitor.

As a composing contestant, he’s obviously quite talented and successful.

We’re sure you’ll agree and hope you enjoy “The Scots Guards Club, Edinburgh,” one of the latest additions to the ceol mor repertory.

Our thanks to the Eagle Pipers and Iain Cameron for permission to publish this fine composition. 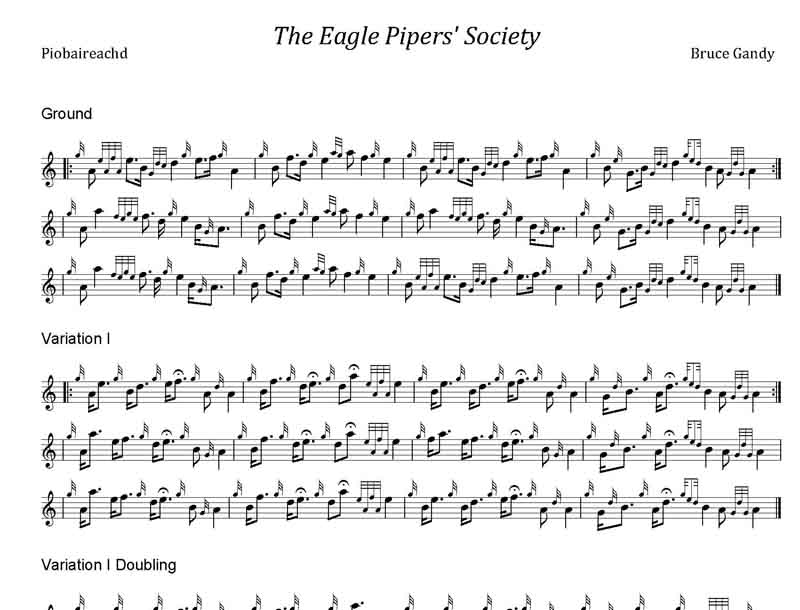