Editor’s note: The four-part series by former Grade 1 snare drummer and mathematician Alan Jones of New Zealand outlined his attempt to break down marches, strathspeys and reels for their suitability for pipe band ensemble success.

If you have not read them, they’re well worth your consideration, and the links to the articles follow.

Of course, piping and drumming are arts, but, at least the version most pipes|drums readers enjoy, is focused on competition. Just as there is art in sports, there is a degree of sport in our arts. Every pipe band looks for an edge in competition.

Many of the innovations involving bagpipes and drums are based on science. The pipe band snare drum itself is, in many ways, a work of physics, and most instrument manufacturers consider the latest innovations in manufacturing to get a business edge.

Don’t worry, no one is going to take your LAK away.

We find it ironic that the great 2/4 march “Lord Alexander Kennedy” is beloved by many pipers, drummers and pipe bands, yet when Alan Jones applies his theories and formulas, it ranks as the most unsuitable composition for successful ensemble.

On paper, that is.

There’s also no doubting that it is the creative and technical skill of the drum score composer that can overcome the challenges – real or theoretical – that the tune might or might not present. Pipe bands love a challenge. A Grade 1 band would be laughed out the park if they played, say, “Walter Douglas MBE” in their MSR.

Then again, there’s no formal reward for “hard,” especially in pipe bands where judges might well have never have even heard of, much less played, “Colonel Stockwell.”

The debate continues over whether we should challenge ourselves in competition, and thus potentially reduce the chance of a prize, or make things as easy as reasonably possible to increase the opportunity to win.

Silver Stars at the Northern Meeting have been won with “Charlie’s Welcome” and “Thompson’s Dirk,” and probably far more often with the latter.

One does not have to agree with Jones’s discoveries. But, if you’re like us, we try to keep an open mind, gather the information, and make an informed decision.

Don’t worry, no one is going to take your LAK away.

Pipe band judges would be ignorant or just plain stupid to summarily conclude that no band can make a good job of “Lord Alexander Kennedy” based on a scientific analysis. There can be no replacing skill and nuance.

Here, then, are the more popular competition marches, strathspeys and reels that Alan Jones put through his calculations to determine their theoretical propensity for ensemble success.

As they say, your opinions may vary.

The following scores result from a spreadsheet program that measures the piping tune’s rhythmic compatibility with the pipe band snare drum, based on the five criteria: Flow, Rhythm, Lift, Drive, and Repetition.

This is a preliminary analysis, based on the tune’s own rhythmic structure.

The higher the score, the greater the potential ensemble match between the two instruments.

A second analysis, based on an enhancement of the tune’s rhythmic structure, can be found in Part 4.

Here are percentage ratings for marches commonly played in competition.

The following scores result from a spreadsheet “program” that measures the piping tune’s rhythmic compatibility with the pipe band snare-drum.

Each tune has now been analyzed twice by the program.

The results of this second analysis provide a more accurate indication of the tune’s potential to deliver a close rhythmic match between the pipe and drum sections.

The higher the score, the greater the potential match between the two instruments.

87% – The tune’s ensemble rating – based on its “enhanced” rhythmic framework.

55% – The tune’s preliminary score – based on its own rhythmic framework.

N.B. So that an accurate and direct comparison between all types and levels of tune can be made, enhanced framework results have been allowed to exceed 100%. 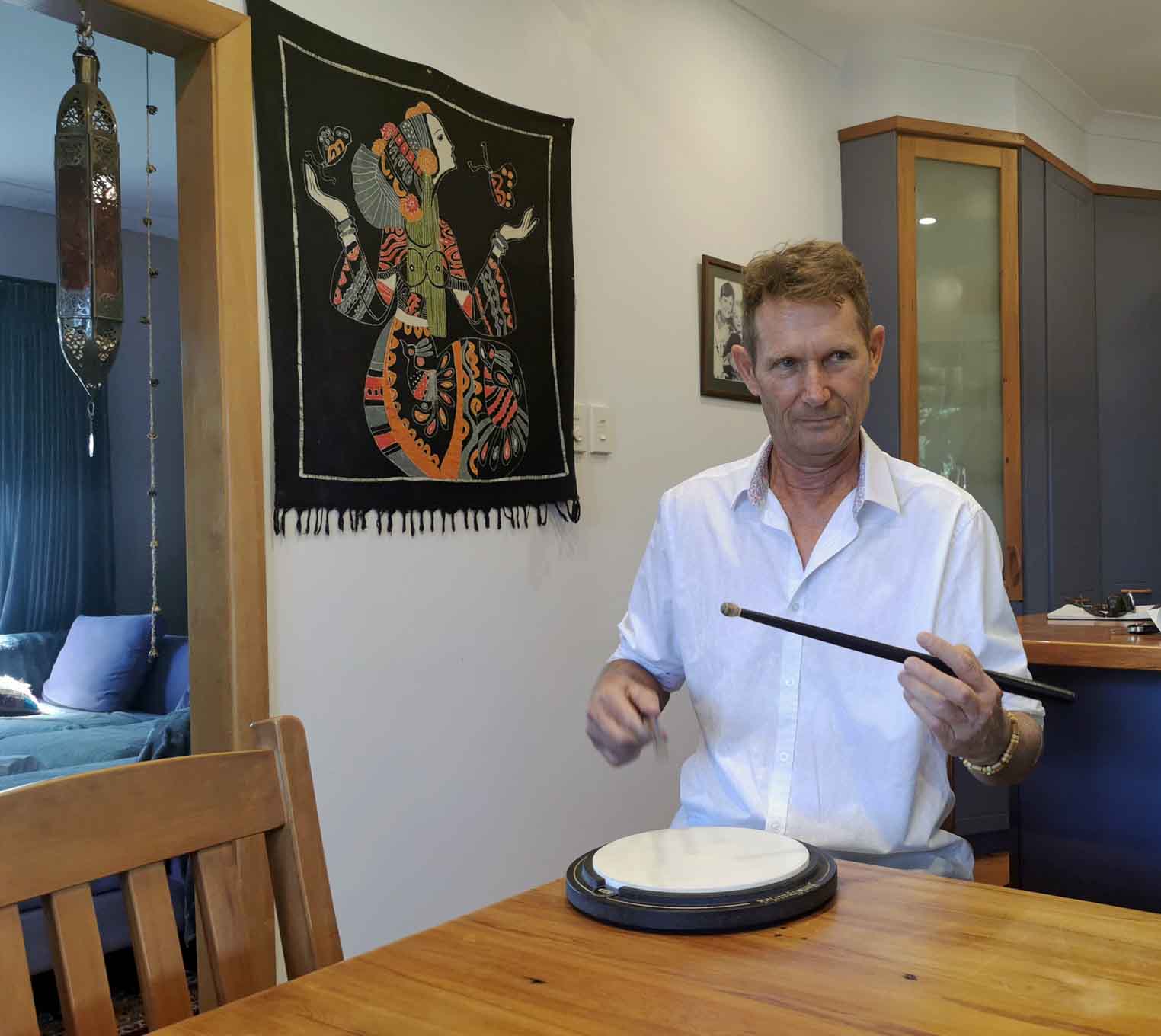 Now in his sixties, Alan Jones began learning the side drum at the age of 12 with the Manawatu Scottish Pipe Band, in Palmerston North, New Zealand. By his early twenties he had achieved a national solo drumming title, two national pipe band drumming titles (as a corps drummer), and had travelled to Scotland for a year to play a full competition season in Grade 1. Upon returning home to New Zealand, Alan and his wife (whom he met in Glasgow) settled in Hamilton, where he was to become the lead-drummer of the local Grade 2 band, a position that he held for many years. A teacher of Mathematics and Gifted-and-Talented children for most of his working life, Alan has always had a great interest in working with young people, with much time invested, and success achieved, over the years with various drum-teaching initiatives. Although now retired from bands, he still assists locally as a learner-drumming tutor or score-writer, when required.

We hope that subscribers have enjoyed Alan Jones’s interesting and scientific approach to attempting to discover what might make a composition more conducive to more effective ensemble.

Again, there’s no replacement for enjoying the challenge of a subjectively appealing composition, but, if you like the idea of finding an edge in competition, this and all detailed analyses and approaches can only provide alternative approaches to the game of winning.