Our exclusive feature by Dr. William Donaldson on the 2014 piobaireachds assigned to the major gatherings continues with “The Red Hand in the MacDonalds’ Arms.”

The Set Tunes Series now numbers nearly 150 piobaireachds, each meticulously analyzed by Donaldson, a former pupil of Robert Nicol and one of the world’s foremost academic researchers on pipe music. His book, The Highland Pipe & Scottish Society, is a seminal deconstruction of the historical events and class circumstances that contributed to the current state of ceol mor.

Just click on the manuscript image below to go to the series, and we hope that you enjoy this important contribution to Highland piping. 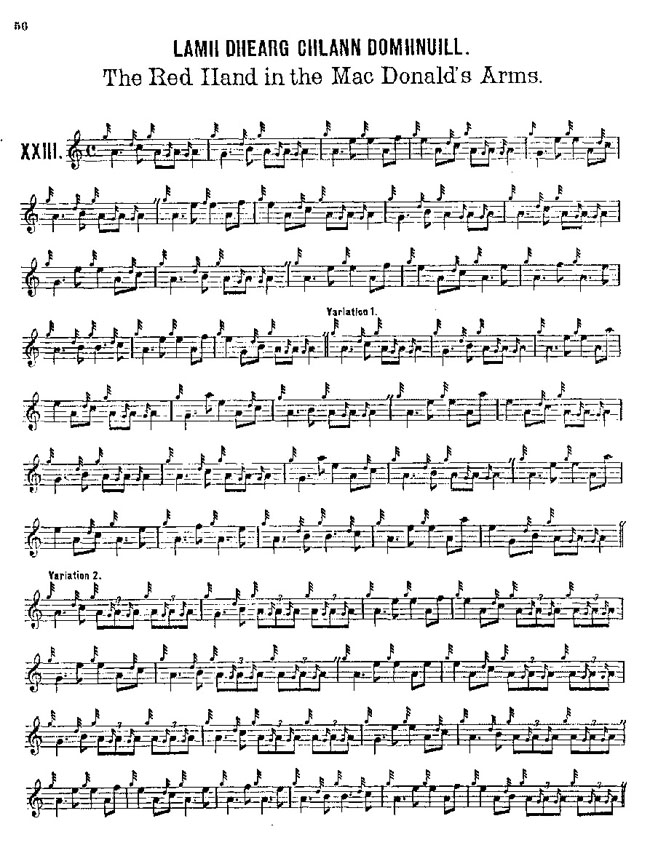