There. Harry likes a wee bit of tablet now and again. That’s Scottish fudge. The auld hen womps up batches on the coal fired stove in a caldron that’s been in her clan for 400 years. Sweet and just a bit gritty, like my commentary. So let’s get on to a few satirical “observations” about everyday life in piping and drumming. Your opinions may vary, and, you might even like eating tablet or fudge. I like saying it. No fudging around. Sort of like the kid in A Christmas Story . . . Ohhhhhh fuuuuuuudge. 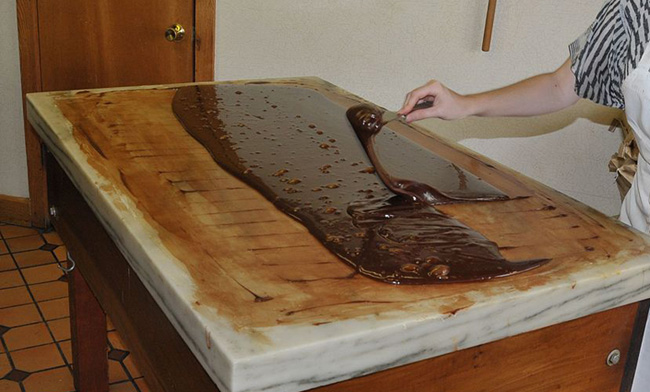 Fudge! If I hear another band “repurpose” another traditional tune in a medley I think I will retch . . . or fudge myself. Yes, we all know that pipe bands “have to include something that judges recognize” but this business of putting out “Donald MacLean” in strathspey time or “Scotland the Brave” as a round reel has absolutely jumped the shark. We get it. But please stop using this fad that started about five years ago in an attempt to play the familiar while being clever. Besides, I think judges hear these arrangements and spend most of the time trying to identify the tune it’s derived from. It is no longer clever. It’s an eye-roller.

Fudge! And what about the “guest” player thing? Can’t we stop this practice? What happened to the idea of one instrument, one band? Yes, I know that it’s all within the rules, but it’s the very opposite of what a pipe band should be: a commitment to music and people. How can any piper or drummer reconcile twaddling off to play in a championship with another band in the same grade and then two weeks later twaddle back home to take up where he/she left off with the “home” band? I don’t know. This seems to go against the grain of that old fashioned idea of integrity and commitment. Call me crazy, but it’s not all about you. Shouldn’t it be all about the band?

Fudge! If I hear or read another piper or drummer talk about their band’s “run” I’ll fudge myself! “Here’s our MSR run from Saturday.” “Watch our run in the medley last week.” “We had a good run.” Look at you talk like a big-shot. For fudge sake, just say “performance.”