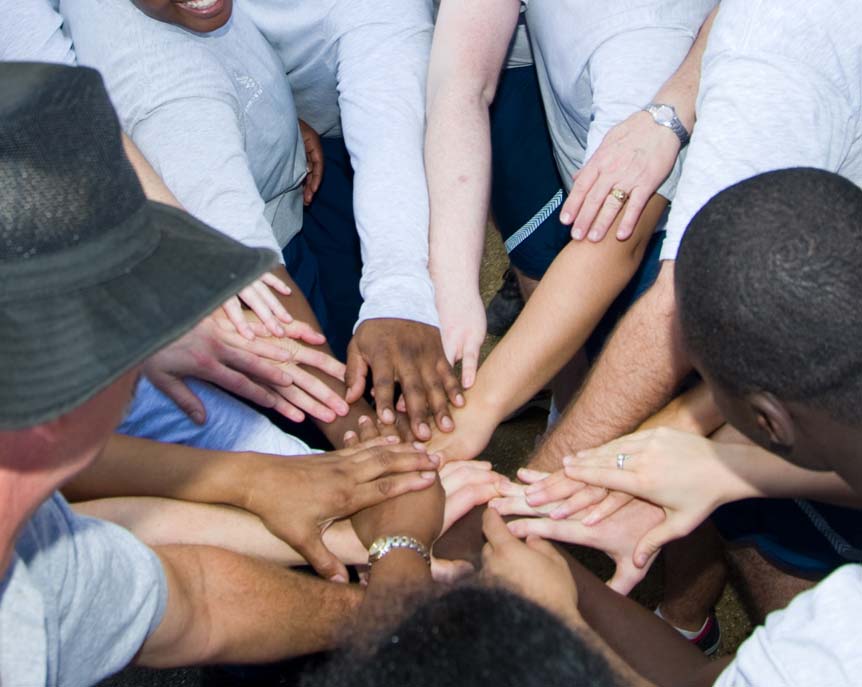 Gather round, everyone! We’re going on to compete in just a few minutes, but I just want to say a few words before we go out there.

It’s all about having fun. Gotta remember that, troops.

But also remember that we’re going to need to play a different opening tune. One of the judges thinks that nothing but two-part 4/4 marches should start a medley. He only played two years in a questionable Grade 1 band, so we’re going to replace that crazy new hornpipe that Angus wrote with “Mairi’s Wedding.” Got that?

Okay, great. Now, another thing, I’m pretty sure that one judge is going to royally shaft us no matter how well we play or how good our ensemble sound is. And by “shaft” I don’t mean a fourth or fifth. I mean a right good shaaaafting – like tenth or twelfth sort of thing. It’s a done deal and everyone on the park but us knows it.

But pipers and drummers, be sure to play as well as you possibly can on the remote chance that there will be an inquiry by the association. On second thought, never mind. That will never happen.

And, speaking of the association, be sure to smile for their cameras as they live-stream us without our permission. We’re also not getting a penny for it, but just put on that toothy grin whenever you can, even though the rain is going to pelt us pretty hard.

Right, yes, who could forget the rain? Remember all those weeks of selecting the best reeds, carefully blowing them in, treating them like the precious, sensitive jewels they are? Well, they’re about to get ruined in the wet and we’re going to have to replace them and about $5,000 worth of sheepskin bags next week because we have to play through all conditions like a flock of sad ewes.

If you’re wondering why we just don’t pull out of the contest because of the damage that the weather will cause, well, forget that. The association would probably suspend us if we did that so we’ll just trudge on.

Oh, and there’s also the little matter of the kilts that we wear. We need new ones and a few people don’t like the fact that they’re so old and need replacing. So, instead of actually wearing kilts, I think we’ll have a better chance if we just take them off and wear nothing under our capes. Stupid wet wool.

We’re playing really well. Can’t wait to show them what we got.

But, you know the reel? We need to drop all the harmonies and countermelodies that we spent the whole winter perfecting. It seems the ensemble judge still thinks “seconds” are the only acceptable harmony for bagpipes. So, everyone just play the melody in the reel and, instead of playing it round we’re changing to a dot-cut rhythm. It’s our only chance.

Now then. Tenor drummers listen up!

I really appreciate you guys, and you look great. Love this week’s colour choice for the nail polish, just for God’s sake don’t strike your drum. It’s no use. There’s no mid-section judge and the drumming judge never listens to you except when he doesn’t like something you did, which is really everything you do, so better off just not playing anything. I know, I know. Some of you have music degrees and you’re probably the best musicians out there, and actually know the difference between a sharp and a flat and a tonic and a gin, but there’s a judge out there hell bent on putting down the whole mid-section effort. He’s threatened and has already libeled our lead-tenor with a worldwide email smear campaign, so be sure to back off.

All except for you, Bam-Bam. As bass drummer you need to revert to a straight beat right through everything. None of that light and shade stuff. Just a beat is all we need. Play it boring and safe instead of risking offending the delicate ears of the ensemble judge. We want to be sure that we get the usual lone comment, “Bass contributing well.” Got that?

Okay, now, pipers, get your chanters out and I want everyone to flatten your pitch by about 10 cycles. Just take your reed and raise it by about an eighth of an inch. That should do it. Yep. One of the piping judges really likes the sound of a 1965 MacPherson chanter, so let’s try for that. And be sure to strip off all your tape. I hear he doesn’t believe in that either. Never mind the drones. He won’t notice those.

Don’t forget: For chrissake no comments on social media. They’re watching every word you say and they are beyond criticism of any kind. Freedom of speech and fair comment aren’t really okay around here.

Not much more to remember. We’ve had a great time getting to this point, and all this work will pay off one day, but probably just not today.

But, hey, remember that you’re a part of a great tradition. It’s important to never ever change. We just keep on keeping on. After all, like the motto of our association says: “Unus gradus deinceps, tres gradus retro.”

Got all that? The most important thing is to go out there and have fun.

Uh-oh. Looks like we’re 30 seconds late to the starting line and we’ve been disqualified, which might be for the best anyway.

On the bright side, maybe next week things will change.

See you in the beer tent, troops, where there’s a nice complimentary cold one waiting for the musical entertainment. Oh, wait, there’s not? Okay, then maybe see some of you there who can afford to buy a pint.