The Alma Highland Festival in the tiny college town of Alma, Michigan, had been going continually for 51 years until the pandemic forced the cancellation of both the 2020 and 2021 events. The two-day event is traditionally held over the Memorial Day weekend in May, and hosts the United States Pipe Band Championships.

The competition is still significant, but in the 1970s and ’80s Alma attracted a large number of top-grade bands from Ontario and other parts of Canada, which would make the eight-hour drive across the board to have a go at the relatively large prize money as they vied for the title.

We recently happened upon a number of photos from the 1978 Alma Highland Games, which featured several Grade 1 bands, all sadly now defunct. MacNish Distillery of St. Thomas, Ontario, took home the championship, as they competed against fellow Ontario-based contestants Erskine, General Motors, Guelph, and Toronto & District.

Each of the bands was led by historic figures. Gord Tuck was the pipe-major of MacNish, while Sandy Keith led Erskine, the pipe-major of General Motors was George Campbell, Ed Neigh headed up Guelph, and Ron Rollo was in his final year as pipe-major of Toronto & District.

It was closing in on the end of an era when bands still competed in blazing hot weather wearing number-one dress and Prince Charlie doublets. General Motors in a few years would become the 78ths Fraser Highlanders.

We hope you enjoy this slideshow of this important Midwestern event, a celebrated early-season stop on the calendars of many pipers and drummers. [All images copyright pipes|drums.] 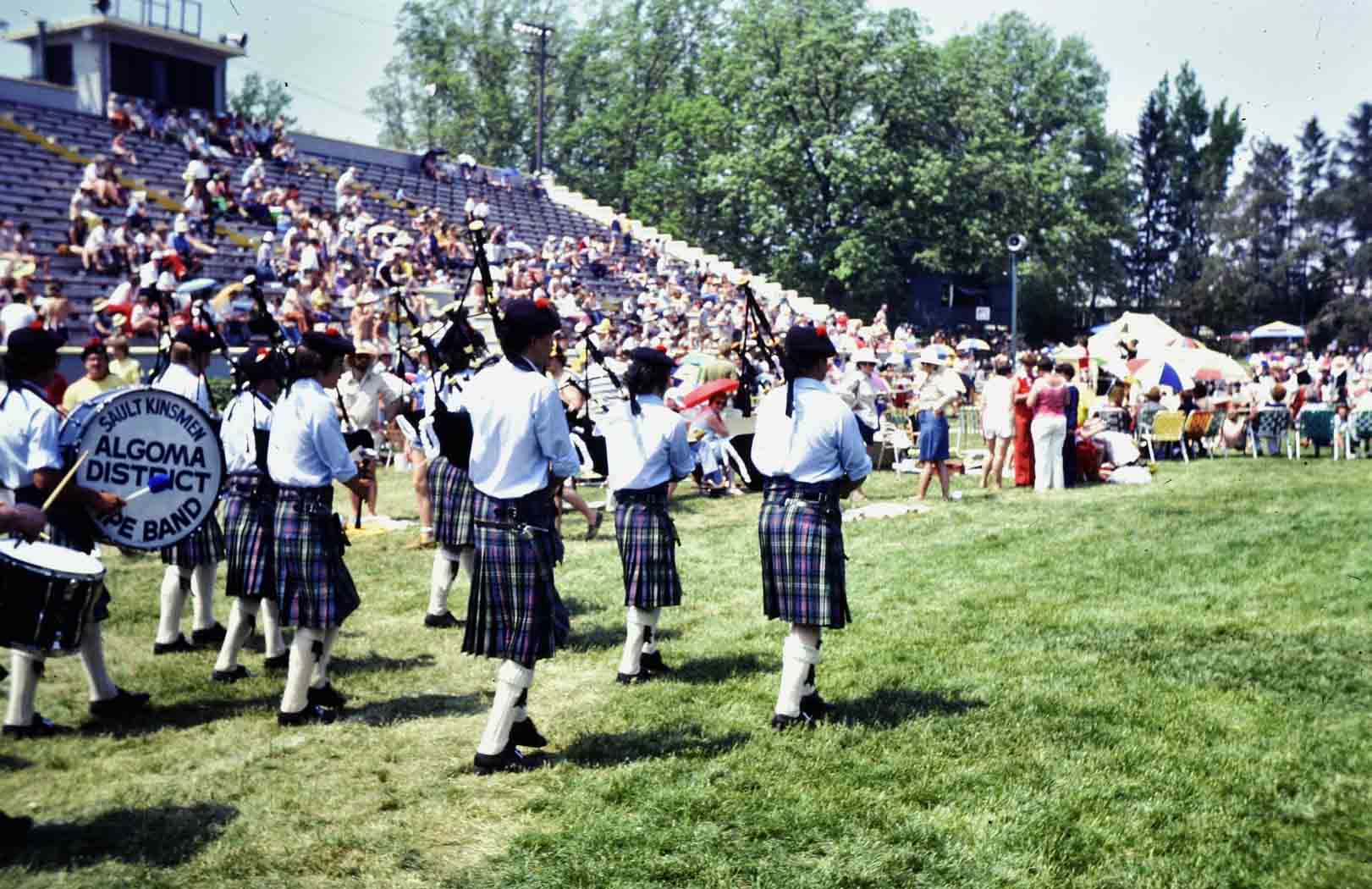