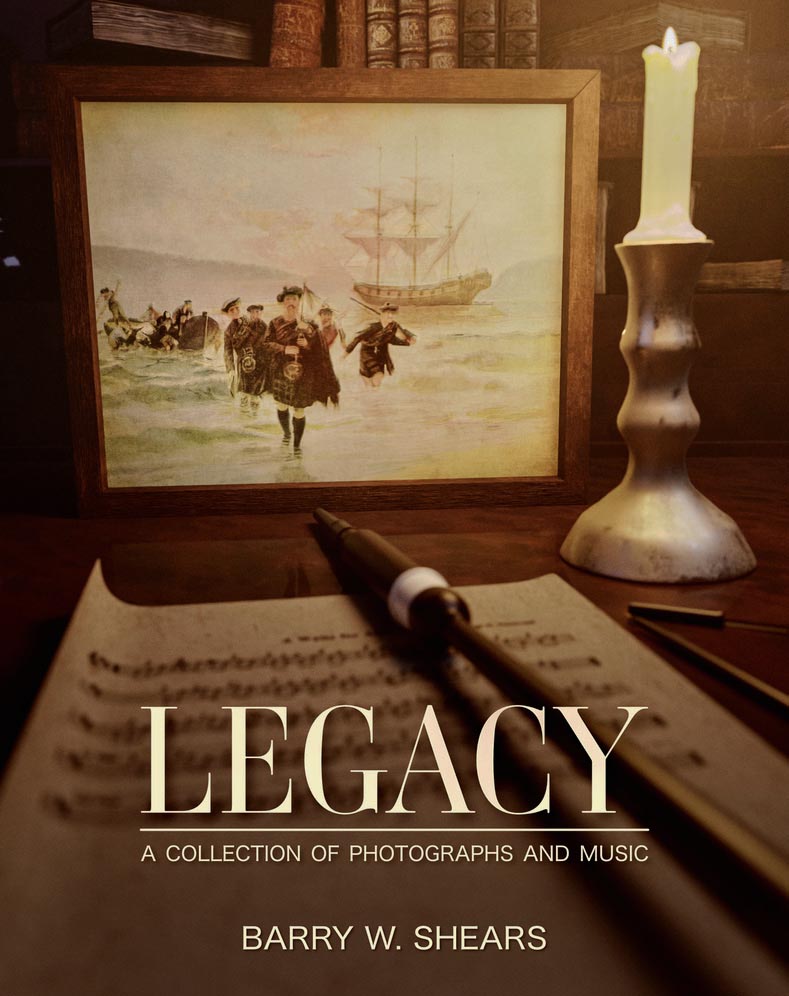 The well-known piper and piping historian Barry Shears of Cape Breton, Nova Scotia, has released his latest work: Legacy: A Collection of Photographs and Music, a 224-page book of 191 new and traditional pipe tunes, 115 historical photographs and several essays on early piping in the Celtic-rich areas of Pictou County and Prince Edward Island.

Now 66 and recently moved to British Columbia, Shears has been composing, arranging, and collecting pipe music for more than 53 years.

I decided to go with the theme that after 250 years pipers from Nova Scotia are still playing and composing music. – Barry Shears

“After the release of the last two-volume collection of bagpipe music and photos in 2018, I found I had loads of material left over that we didn’t have room for,” Shears said about the new book. “I was planning on a Volume 3 of Play It Like You Sing It: The Shears Collection, but with the inclusion of several tunes from non-Nova Scotians and the upcoming 250th anniversary of the landing of the “Hector” at Pictou in 1773, the Legacy cover art, I decided to go with the theme that after 250 years pipers from Nova Scotia are still playing and composing music.”

“Hector” was the ship that was part of the first significant migration of Scottish settlers to the region that would become Nova Scotia.

While The Shears Collection features mostly dance music and regional settings of pipe music from the 19th and 20th century, he added, “Legacy picks up the story of piping in Nova Scotia in the 20th and 21st century featuring compositions and photos reflecting the increased influence of pipe bands and competition.”

The new collection has two sections. The first contains several examples of puirt-a-beul (mouth music), and Gaelic songs arranged for the Highland pipes and several older settings of tunes taken from recently discovered antique wax recordings from the 18th and 19th centuries.

There are more than 50 of his own original compositions, plus new music from pipers from or with roots in Atlantic Canada such as Mike Campbell, Don Carrigan, Jerry Holland, Iain MacHarg, Danny MacIntyre, Ian MacKinnon, John Morris Rankin, Doug Moulton, Mike Steele, and Brenda Stubbert.

Shears has included some of his written research on the piping tradition in Prince Edward Island, as well as an essay on early piping, pipers and some tunes from the island composed by island pipers. The famous Mackay of Raasay piping dynasty continued in PEI through Kate (Ceit) MacKay, daughter of John MacKay, and her grandson, John MacKenzie, was a well-known PEI piper.

Legacy: A Collection of Photographs and Music is priced at CAD$44.95 plus shipping and available directly from Shears’s website. 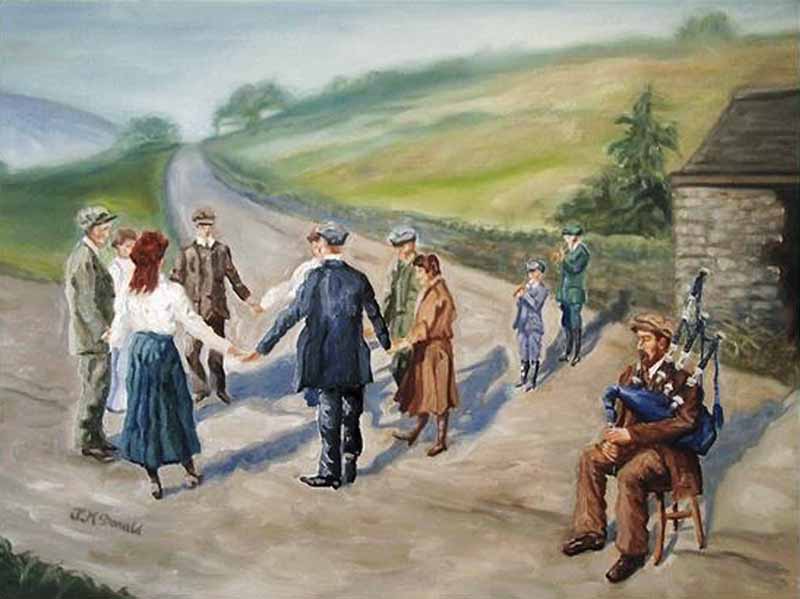 Subscribers
Iain MacInnes reviews “Play It Like You Sing It: The Shears Collection of Bagpipe Culture and Dance Music from Nova Scotia”