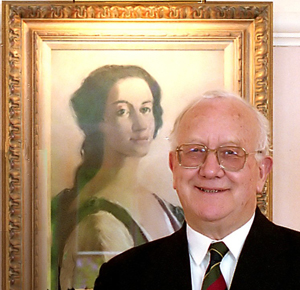 Alluded to by some, and highly debated by others, as “the amateur piper who plays like a professional,” Murray’s name was undoubtedly best recognized throughout the piping world via the great reel arrangement by Pipe-Major Angus MacDonald, “Lt. Col. D.J.S. Murray,” of the original 4/4 march by Major John Allan. The tune by Allan was in itself an arrangement of the 2/4 march, “The 91st at Modder River.”

Murray never competed in competitions for money, and was one of the stalwart members of the Royal Scottish Pipers Society for many years. He was one of the last of the tradition of amateur pipers to adjudicate the world’s biggest solo piping competitions at the Argyllshire Gathering and the Northern Meeting.

David Murray was commissioned into the Cameron Highlanders in 1941 after service with the Royal Scots and Black Watch. He saw serious action with the 1st battalion Camerons at the Battle of Kohima, and its subsequent advance into Burma.

He later commanded the training regiment of the Abu Dhabi Defense Force, and was for a time deputy producer of the Edinburgh Military Tattoo. From the 1960s until the 1990s he was a frequent voice on BBC Scotland’s various piping programs. A lasting contribution to piping history was his book, The Music of the Scottish Regiments (Pentland Press, 1994), which traced the evolution and use of various instruments in Scotland’s military, including fife, drum, bugle and, of course, bagpipes.

He served as the President of the Piobaireachd Society for six years and in the 1970s and ’80s was a frequent commentator on and host of piping radio broadcasts on BBC Scotland. His “Noble Instrument” show – which, interestingly, he describes as a “magazine” – was a favourite for its strong opinions and analysis of piping history.

He was the piping convener at the Northern Meeting for many years, and was often seen on the judging benches of many of the top competitions, including the Clasp at Inverness and the Senior Piobaireachd at Oban.

David Murray had a commanding presence around solo piping competitions. When judging the Highland Society of London’s Gold Medal at the Northern Meeting in 1991, the long-retired and often irascible Murray famously ordered Alasdair Gillies, who was at the time a corporal in the Queen’s Own Highlanders, to leave the stage for tuning too long, denying one of the strong favourites his chance to win the prize. Gillies eventually won the award in 2004.

Testaments to his stature in military piping circles were his delivery of the eulogy at each of the funerals for two of piping’s greatest contributors: Donald MacLeod and Captain John MacLellan.

In 2010, pipes|drums published a fascinating interview with David Murray that the great piper Iain Speirs conducted in 1989.

Murray had followed years of poor health and the last seven months in nursing home care. His death had been reported in July by several media outlets, including pipes|drums, which quickly retracted the piece.

On behalf of the piping and drumming world, we extend our condolences to David Murray’s family and friends at this sad time.