Donlon, McClamrock on top in Jersey 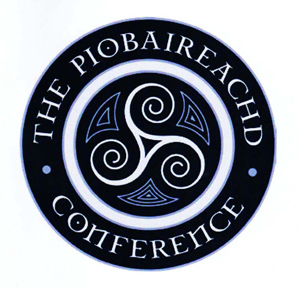 Morristown, New Jersey – February 12-14, 2016 – This was the first running of the Piobaireachd Conference, which incorporated two days of piobaireachd masterclasses and teaching with two competitions, one held each evening – a Piobaireachd on Friday, and March, Strathspey & Reel twice through on Saturday. The main organizer was James Stack assisted by June Hanley and Matt Wood of the Eastern United States Pipe Band Association.

The afternoon session focused on some of the set tunes of 2016, and the tunes were again presented in different styles and settings, with various illustrations of quite rare recorded music accompanying the talk. Tunes covered in this session were “Lament for MacSwan of Roaig,” “Mary’s Praise,” “The Stewarts’ White Banner,” “A Flame of Wrath for Squinting Patrick,” “I am Proud to Play a Pipe” and “The Piper’s Warning to his Master.”

On Sunday morning a lively discussion took place as a session on the various systems and conventions of adjudication in Scotland, and this provided much needed information for those present who are members of the EUSPBA’s panel of judges. The Sunday morning session, which completed the conference, featured the presentation of some of MacLellan’s favourite music, including “The Unjust Incarceration,” “MacLeod of Colbeck’s Lament” and the MacArthur/MacGregor setting of “The MacDougalls’ Gathering.”

The event was mainly supported by the EUSPBA and the Piobaireachd Society.