Editorial: Artificial intelligence: coming to a medley near you 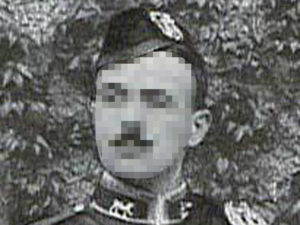 Piping and drumming is a rich environment for original compositions, arrangements and scores, thanks to the innate creativity of our musicians combined with the competitive need to come up with new and interesting content for competition medleys.

The percussion side is creatively even richer, with virtually every drums section having to develop all-new scores.

At the risk of oversimplifying things, writing tunes from nine generally unflinching notes and a set amount of embellishments for fewer than a dozen established categories of tunes and time signatures makes things straightforward, relative to, say, a symphony. A piper can typically write an original tune within a year or two after starting the instrument.

Snare drummers are completely capable, too, of trying the hands at a score for a tune or two.

The rub, of course, is creating a good tune or score, or one that people want to play, that doesn’t sound like something else. There are plenty of composers who crank out stuff no one will play because it’s unmelodic or derivative or just doesn’t “go.”

Enter artificial intelligence. It’s here, and it’s improving, and companies like Aiva or Amper are using AI to create music for movies or dance clubs. And the amazing thing is, it’s pretty good.

These companies access millions of existing musical compositions and create a bunch of those mysterious algorithms, so that essentially all that has to be done is input the parameters of the type of music they want, and out comes the composition or song.

If you’re like us, you’ve now got the heebie-jeebies. While this stuff is fascinating, it’s also unnerving because it has the potential to be so useful. We can see a day in the near future when a major Hollywood studio uses AI to score a feature-length movie. We’ve already heard music that is purportedly the “perfect” pop song. It’s okay, and it’s a start.

If they can do that, then using AI for a pipe tune or a drum score should be easy. Picture it: tell the gizmo that you need a singular tune of a certain style, key, tempo, and degree of difficulty to start your medley. Or maybe it’s that elusive two-part strathspey that everyone can play, that isn’t stripped of technique, that’s every bit as compelling as “Orange and Blue” – or better.

Or you need an original snare score to a tune, but a score that suits the style of the band and the competency of all players. Easy-peasy.

No more pressure to find not only new content, but good content. No more squabbling between composers in the band jockeying for airtime, egos run amuck. Just dial up the machine that never talks back to the pipe-major.

We would imagine that some boffin boy or girl piper or drummer someplace in the world is already on this. They’re feeding in every pipe tune they know, and writing “rules” for what’s good, bad, mediocre, easy, hard, and so forth. Statistical analytics of what’s played and popular will inform algorithms on what has been done and overdone.

After all, 20 or so years ago a professor working with Panasonic in Japan created an entire robotic pipe band, the metal fingers of the automatons clacking away together at “Scotland the Brave” played on pipes blown by air-compressors.

Artificial intelligence (an oxymoron if there ever were one) is coming to pipe and drum music someday. And it could be a lot sooner than we think.

What do you think? Feel free to add your thoughts using our comments system below.