Editorial: Let’s not be Juvenile delinquent 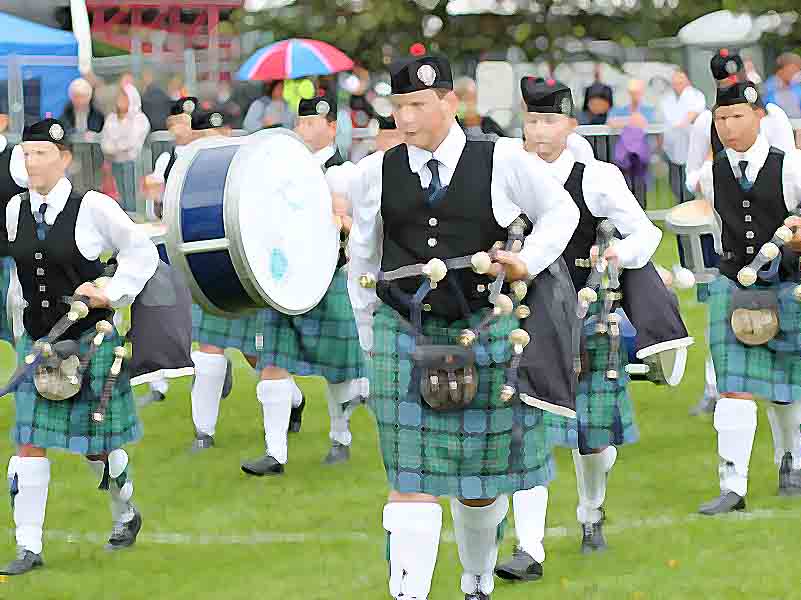 Only a fool would disagree with the fact that kids are the future of piping and drumming. With that truth established, we need to do more to encourage and promote them.

All around the world there seems to be a shortage of pipers and snare drummers. Bands are bigger, standards are higher and, apart from Scotland, with its hugely successful teaching in schools program, the majority of bands at all levels are scrambling to start or enhance education efforts.

Again, apart from Scotland, most piping and drumming rich regions don’t have a Juvenile grade, and even in Scotland, the grade is populated with relatively few bands, at least compared with other grades.

The exact opposite should be true. If we are successful with teaching kids, then shouldn’t there be a Juvenile grade, and shouldn’t that grade be at least one the most active and vibrant? If you think about it, the Juvenile category should be a bellwether for a region’s future.

If they desire, kids playing with a Juvenile band should be permitted to compete with another band. Apart from spongey ability to absorb information and an uncluttered mind to learn new skills, pipers and drummers 18 and younger have the gift of time. Allow them to expand their talents and experiences by competing with more than one band.

With this in mind, Juvenile grade competitions should be held at a time that does not conflict with any other grades. This will allow them to give equal priority to their other band, encourage pipe-majors to be lenient, and, perhaps most importantly, shine a spotlight on the kids’ bands at the competition.

People want to see the kids play. With all respect to Field Marshal Montgomery and their ilk, the average punter, photographer or video crew love the kids. And what’s not to love? The sight of a 10-year-old playing a full set of Highland pipes, or a 12-year-old girl with a pipe band snare, or that happy ginger-haired kid on the tenor – 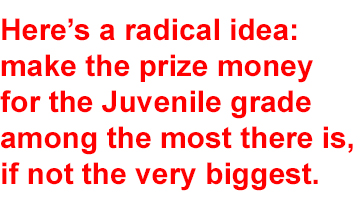 irresistibly positive images, and ones that we should want to promote just as much as, if not more than, that powerful Grade 1 band. The more we get those images out there, the more kids will tug on their mom’s sleeve and say they want to learn.

And here’s a radical idea: make the prize money for the Juvenile grade among the most there is, if not the very biggest. The “value” of Juvenile bands to Highland games and the piping and drumming scene is the highest there is. Reward and encourage them by outwardly communicating their importance with prizes commensurate with Grade 1.

Rewarding the value of Juvenile bands will drive their creation, and they can only be created with teaching. If a pipe band organization sees that doing well monetarily can come with a Juvenile band or bands, they will ramp up the teaching that much more. By no means are we suggesting that money is the only driving factor for teaching, but it would certainly help.

The main thing is to place more emphasis on the Juvenile grade. If a pipe band scene does not have the grade, it should be added and promoted. Associations should then “sell” the Juvenile grade to competition organizers and media. An active and thriving Juvenile grade is promotional gold. Local TV stations or newspapers are far more likely to cover a contest when they know that there is great youth content to capture.

Associations under-appreciate the value and importance and potential of Juvenile bands. We’re accustomed to elevating the significance of grades as they get higher. This is of course correct, but we also traditionally give Juvenile bands short shrift when, in fact, they should be promoted to the highest level.