Editorial: the need for creative change 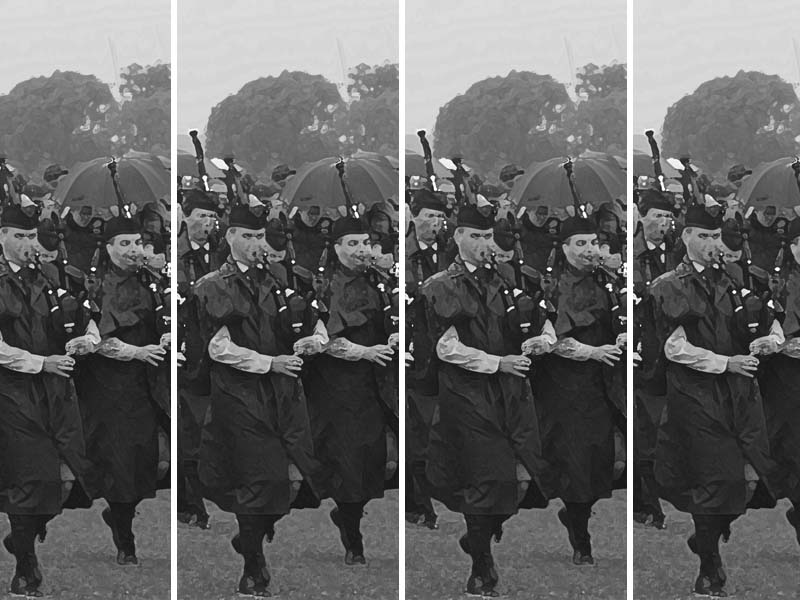 “It sounds like the same song over and over again.”

How many times have bands heard that about their music?

“No, no,” we respond. “It’s all very different, and judges are listening for details that differentiate each band.”

We fight the idea that our stuff all sounds the same.

But, in the grand scheme of todays competitive pipe bands, perhaps it’s pretty much true. It does sound all the same.

Not too long ago, one could listen to a competition and easily differentiate between bands. You’d hear the Strathclyde Police in full-flight and you knew immediately who it was. Dysart & Dundonald produced a clinical, chanter-dominant sound. The blackwood Sinclair chanters of Simon Fraser University resonated across the park.

Not to mention the music. Twenty years ago, bands could be distinguished not only by what they played, but the style with which they played it. No one could mistake 1990s Shotts & Dykehead medleys. The late-20th-century vintage 78th Fraser Highlanders played with an inimitable top-of-the-beat dynamic. Vale of Atholl always turned heads and pricked up ears.

Today? Not so much.

Bands of the current day all seem to play at a similar pitch, similar tempos, similar quality of sound, similar medley structure. There’s barely anything between them, and, what there is, amounts to the proverbial hair-splitting.

We’re not saying for an instant that bands were necessarily better back then. Overall, that’s not true. We’re just saying that, increasingly, the non-playing punter is right. It does all sound the same.

The realization came to us thanks (or no thanks, if you prefer) after a well-known piper sent us a message:

I was just sitting here in my office at work and could hear a recording of a current Grade 1 band, and thought to myself ‘They all sound the same!’ I knew who the band was, but honestly it sounded a lot like another Grade 1 band. My realization was that back in the 1980s and 90s there was no way you could confuse a recording of Strathclyde Police with Victoria Police, or St. Laurence O’Toole with Field Marshal or the 78th Frasers or the Vale or SFU. Each band had its own sound, they had their own style of music, their own style of drumming. These days they all sound the same! No doubt standards are much higher these days, but there’s no individuality anymore. The pursuit to win has created a standardized pipe band sound, with lack of originality being the result.”

If there’s something to be blamed (or credited), it might be technology. Tuning metres, chanters and drones made with laser-precision (literally), automated manufacturing techniques to produce consistently excellent products.

And the Internet has enabled the sharing of information. When once bands would rely on scratchy cassette tapes of contests months later, today we know what’s going on even before it happens. Amazingly, bands at the top seem to debut medleys today with new elements already being played by their competition. Hearing and matching that winning sound and style is painless and fast, and it will continue to get even easier.

It’s a challenge for average listeners to remain focused and engaged. But the same can be said for judges. Anyone who says that judging a piping, drumming or band competition of a decent size and standard is easy, is not being honest or has never done it.

That’s not to say good judges aren’t up to the task. It just means that subjectivity and personal preference have an even bigger part to play, as more objective things like tone, tuning, and togetherness are so good and so similar that there’s a lot less to separate competitors.

MSRs notwithstanding, the biggest differences for bands are in orchestration and arrangement. In other words, ensemble. While the overall presentation and package are key differentiators, we still give way more judging weight on individual sections, with ensemble counting for only 25% of the whole.

Given all of the above, the case for ensemble judging to have a stronger role is and will continue to be more compelling. Greater emphasis on ingenuity, orchestration and style, will encourage more creativity and distinction.

Not only would it make each performance more interesting – and substantially different – it might even be good for the art.

The dawn of piping technology
February 16, 2017