Thanks to a kind reader and collector of piping and drumming memorabilia, we bring you a digital copy of the program from the 1970 Glengarry Highland Games at Maxville, Ontario.

It’s a fascinating nostalgic look back at the event that has grown in size and scope by just about every measure, with tens of thousands of spectators and a two-day format for pipers and drummers.

The one area in which the competition has changed in the last few years is the marquis Grade 1 band event. Showing five entries in 1970s, the entry expanded to about 10 bands in the early 1980s, but, through no fault of the competition, has of late been only two or three or even no entries, due primarily in the overall decline in the number of top-grade bands in North America.

Thanks to the organizers of the Glengarry Highland Games for their permission to reproduce their program. 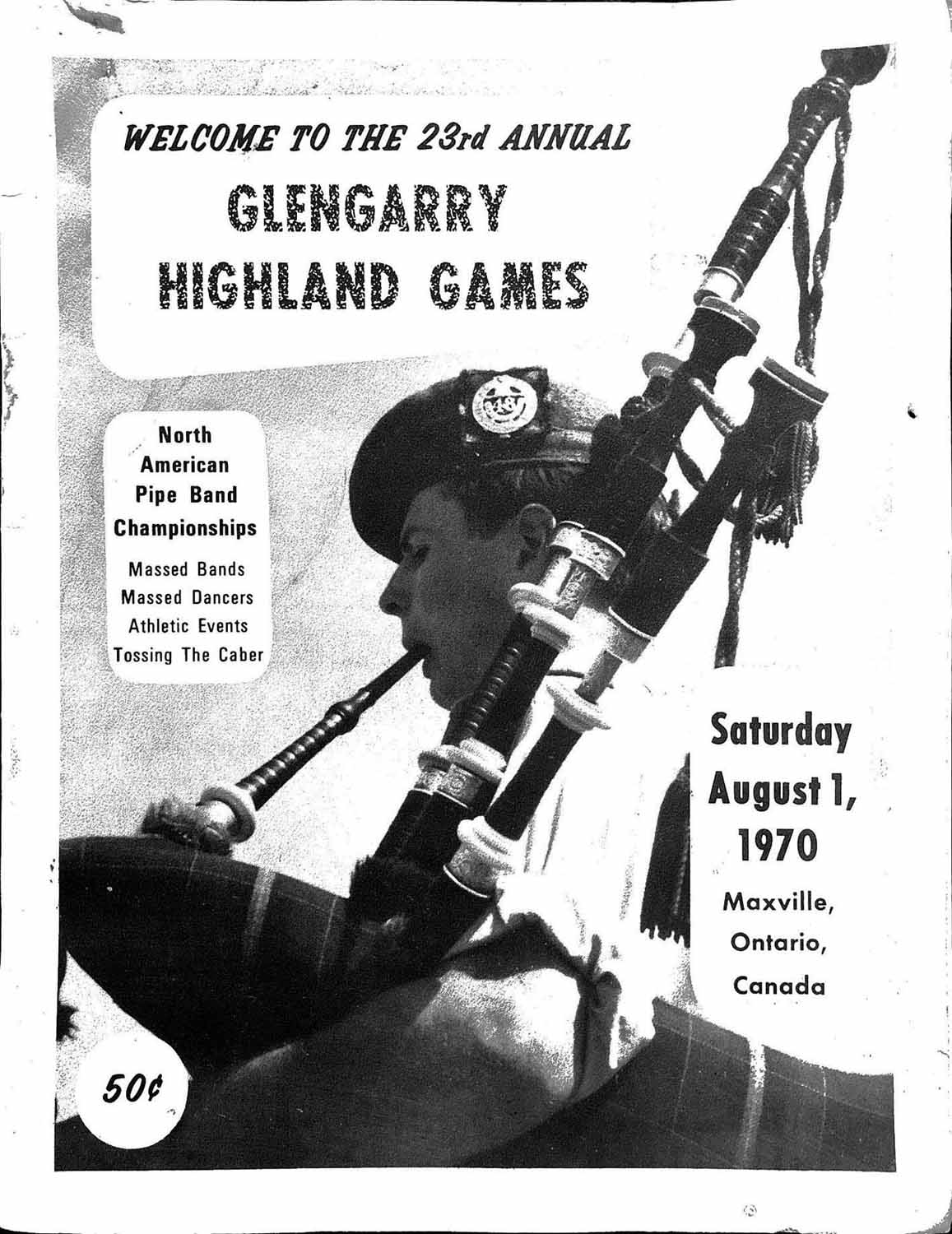