Glasgow – August 12, 2017 – Following a testing two days comprising four separate plays, Inveraray & District of Scotland was crowned 2017 World Pipe Band Champions at a crowded Glasgow Green. It was the first World’s victory for the popular group from Argyllshire, the culmination so far of one of the great success story in pipe band history, beginning in 2005 in Novice Juvenile and 12 years later achieving World Champion status. Inveraray emerged victorious after Saturday’s final round against 11 other bands in the top grade. Friday’s qualifying round whittled Grade 1 down from 20 contestants.

The day started cold and overcast, with frequent strong showers, but by the afternoon gave way to dry and sometimes sunny conditions. A few bands in Grade 1 – primarily ScottishPower and SFU received the brunt of the wet weather.

While the top four was made up of the prize-winners of RSPBA major championships, Simon Fraser University of Canada continued their return to form with a fifth.

World Champions 2017 Inveraray & District marched off with the trophy and banner at 8:30 pm.

The Grade 1 final was streamed live worldwide via BBC Scotland. The RSPBA’s web server couldn’t handle the demand and crashed after the results were announced. 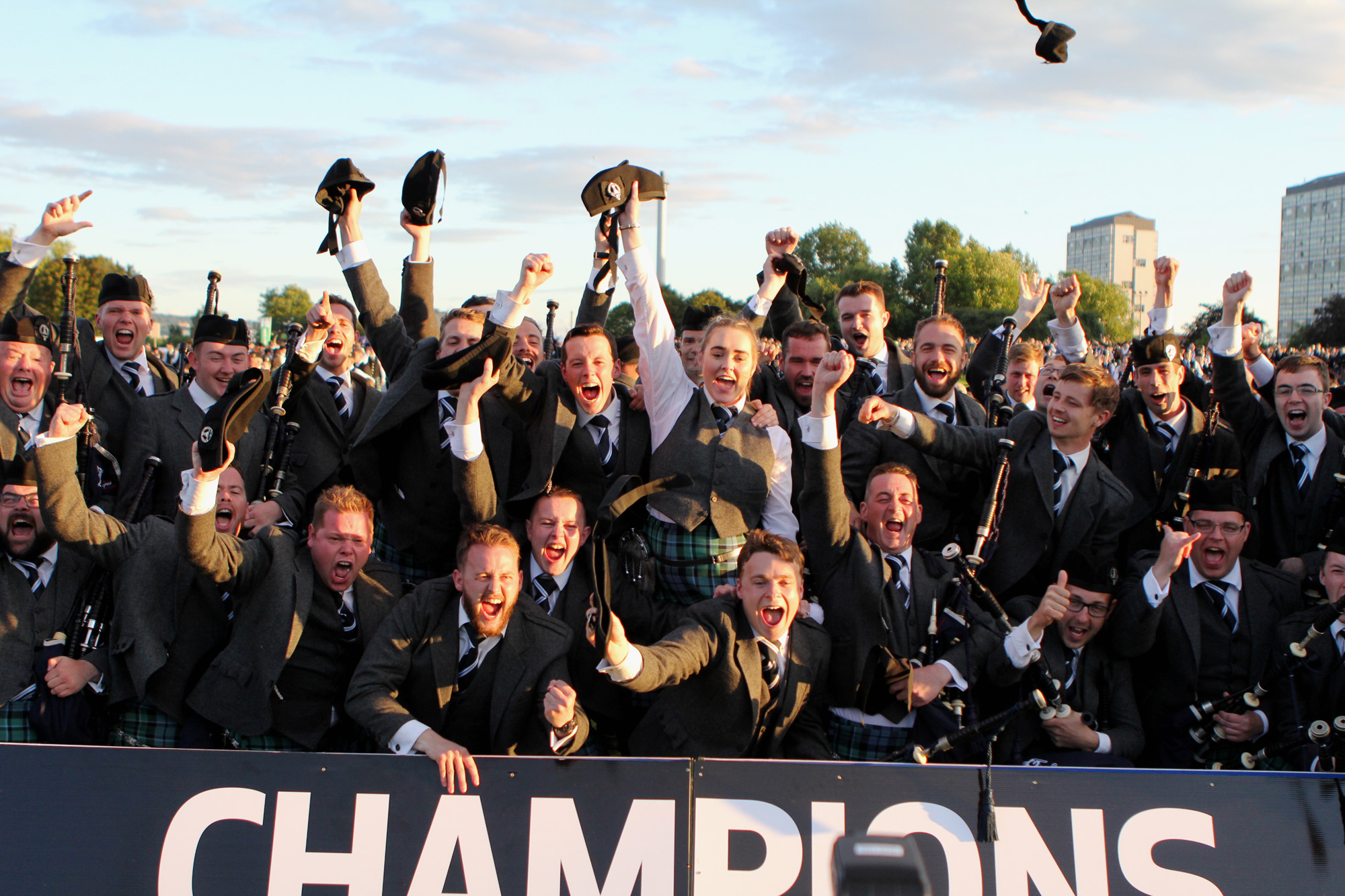 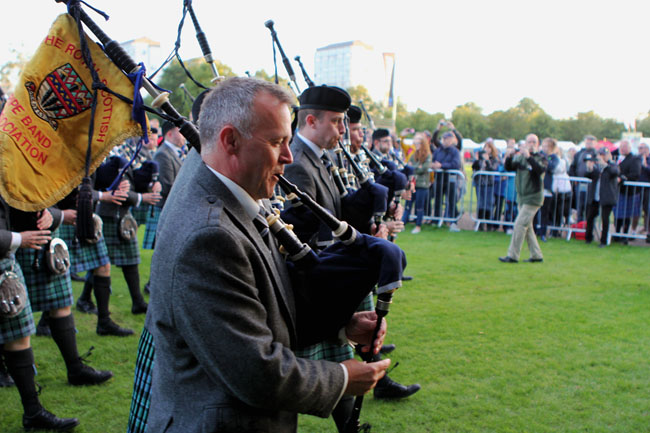 For the first time, the RSPBA ran the Grade 2 final in the main arena, with 12 bands competing for the prize. While Lomond & Clyde enjoyed the best overall RSPBA season and won the Champion of Champions aggregate prize for the grade, Glasgow Skye secured the World’s title. Both bands are virtually assured of being upgraded.