Glasgow – August 11, 2017 – the 12 bands to qualify for the Grade 1 Final of the 2017 World Pipe Band Championships were determined at Glasgow Green today, with a total of 20 bands vying for the dozen places. Every band competed in a Medley and MSR event in their group of 10, using the same order-of-play in each contest. Weather was overcast and cool all day with a few spells of rain, at times heavy. There were one or two moments of sunshine. 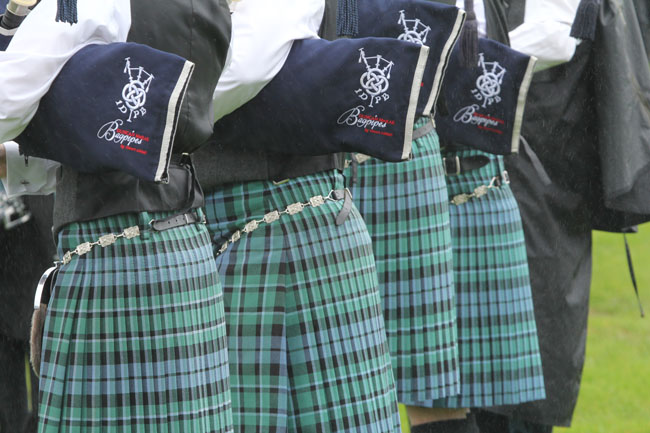 Those going on to compete for the World Championship on Saturday, August 12th, are, in alphabetical order:

Also competing but not making the final were:

Order of play for the Saturday final in both events:

None of the three bands from Ontario, Canada, managed to go through to the final. The 78th Fraser Highlanders came closest, finishing seventh in each of their events. Auckland & District of New Zealand finished fifth in their medley event, with two fourths in piping, but was tenth in their MSR heat.