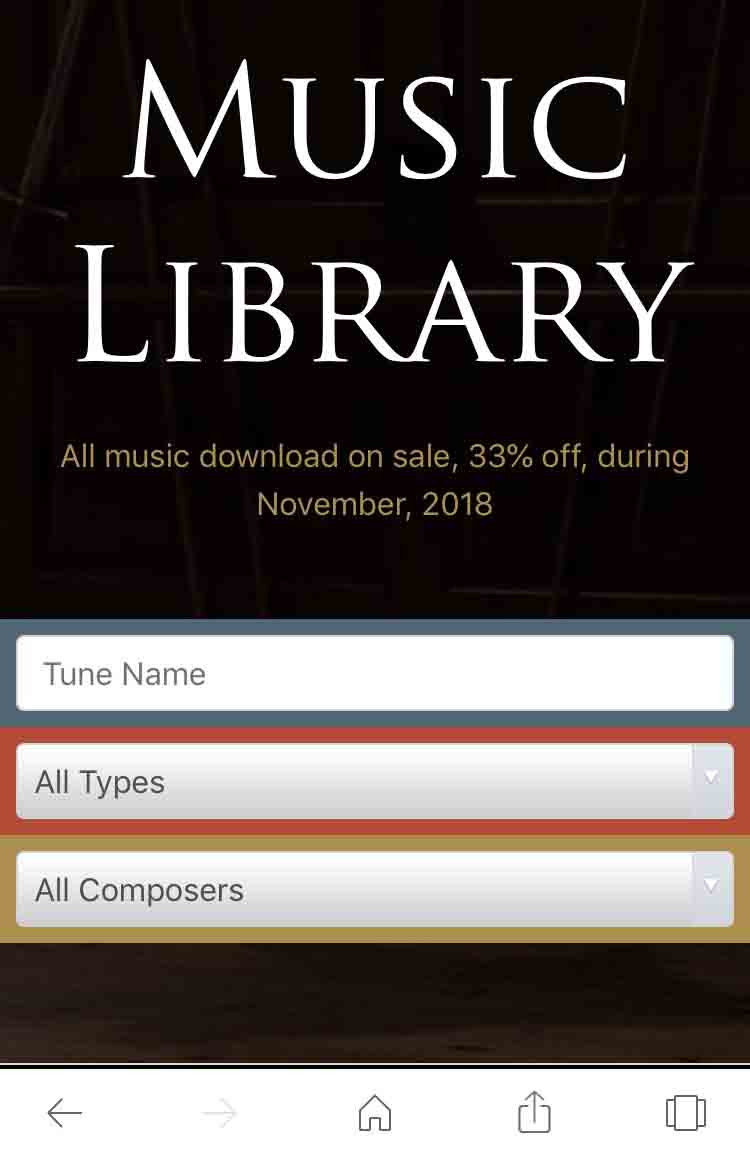 In 2017, the tune library at Lee & Sons Bagpipes reached 3,500 downloadable manuscripts and audio recordings of Highland bagpipe light music and piobaireachd, and now the company has launched BagpipeMusic.com, a separate site devoted solely to the compositions.

Run by renowned piper Jack Lee and his sons, Andrew, Colin and John, the site offers customers a database of tunes, searchable by title, genre or composer, each regularly priced at $3,25, and during the month of November 2018, $2.18 as a special introductory rate (piobaireachds are $5.25/$3.52). Each download comprises the manuscript and an audio recording of Jack Lee playing the piece on the pipes.

“During the past few years we have kept our tune library on Leeandsonsbagpipes.com was getting so large that we felt it needed its own home,” the elder Lee said. “We acquired the domain, BagpipeMusic.com, and began the process of transferring the tunes over there. We are delighted to launch BagpipeMusic.com this week.”

Lee has been diligently recording bagpipe music on his own for more than 30 years, and estimates that there are approximately 10,000 published compositions for the Highland pipes that exist.

He said that the recording process “has been a very important and enjoyable part of my practice routines. I have recorded the full Piobaireachd Society Collection, plus quite a few other/modern piobaireachds. I have come to realize that there about 10,000 bagpipe tunes out there in the world. I have recorded the majority of them already and am enjoying chipping away at the remaining tunes. I will never be able to record all 10,000 but might get close someday.”

The mobile responsive-designed site states that it is “the world’s bagpipe music library,” and Lee stresses that the site respects copyright and royalties through direct agreements with composers or their estate.

“Even though there isn’t much money involved, I believe it is essential to pay royalties to composers and rights-holders. Composers should be treated with respect and paid for their work. When the composers are alive, I have asked for permission to publish their tunes wherever possible. We keep track of all downloads and the royalties owing and pay them to the composers.”

Lee said that the effort to track down the names of composers has been “a huge and ongoing job.” Lee & Sons Bagpipes has more recently gone into the production of full bagpipes, though they don’t yet offer a chanter. Each of the recordings BagpipeMusic.com has been made in the past years on a Lee & Sons instrument.

He remarked that the pipe he played to win the 2017 Glenfiddich Championship was made specifically for him by his son, Andrew, and that, since then, orders have been strong.

In 2007, Jim McGillivray launched PipeTunes.ca, a similar concept to Lee’s, but with customers purchasing credits that they can put towards the download of manuscripts and sound files.

Disclosure: both Lee & Sons and PipeTunes.ca are advertisers with pipes|drums.