March to the Majors: a 2016 watchlist 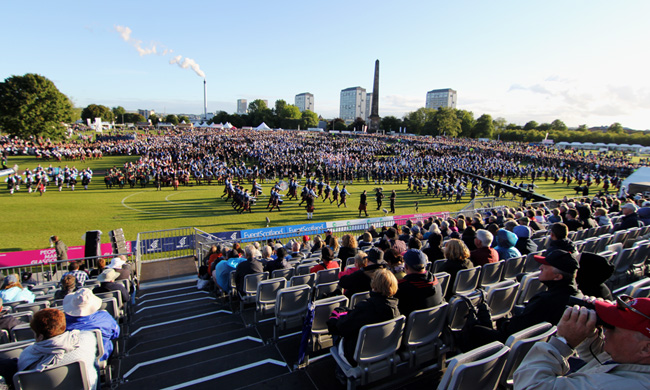 With a week to go before the bell rings on the 2016 season of RSPBA majors, with the British Championships at Paisley, Scotland, on May 21st, this could be one of the most interesting in living memory, with extreme variables – not just the weather – coming into play.

pipes|drums takes a look at what the year might have in store for pipers, drummers and enthusiasts worldwide.

No reigning World Champion has undergone as many major off-season shakeups as the legendary Lanarkshire band endured last fall, with the contentious departure of Leading-Drummer-legend Jim Kilpatrick, the appointment and resignation of Blair Brown, and the promotion of Andrew Lawson to the role. Shotts & Dykehead Caledonia has drawn last-on at the British, and it’s guaranteed that more keen listeners than ever will avoid or exit the Paisley beer-tent in order to hear what they come out with. We believe that there will be far more hoping for the best than the worst.

Tuning in to an FMM station

Ending with a fourth at the World’s wasn’t an ideal conclusion to the 2015 season for the 10-times World Champions Field Marshal Montgomery. But anyone who listened to the event knows that FMM, Inveraray or SLOT could have won instead of Shotts and few would have had a serious problem with the result. And anyone familiar with FMM P-M Richard Parkes knows that his competitive drive is at least equal to his technical and strategic abilities as a leader. The band staging the Pre-World’s Concert is also sure to help their cause.

Be wary of the Green

St. Laurence O’Toole is a something of stealth-factor. Since Alen Tully took command the 2010 World’s winners have quietly asserted their return to contention with relatively little fanfare. The Dubliners seem to quietly produce regularly strong performance across all aspects, making SLOT one of the most consistent bands out there. Remember, SLOT was second last year at Glasgow Green and they won the Scottish Championship in 2015.