Here’s another photo from our archives for our somewhat-regular Throwback series.

It’s of the fabled Muirhead & Sons Pipe Band of Grangemouth, Scotland, with their legendary Pipe-Major Robert Hardie. It’s taken in the summer of 1964, after winning the annual contest at Princes Street Gardens in Edinburgh. Bob Hardie, probably the one standing to the left of the trophy. He had taken the reins of the band in 1962 from Pipe-Major Jackie Smith, who had led the band to three World titles (1955, ’56, ’61).

The band at the end of 1964 was poised to become the dominant force in the pipe band universe. In 1965 Muirheads would win the first of its five consecutive World Pipe Band Championship titles, besting the previous record of Shotts & Dykehead Caledonia’s four in a row from 1957-1960. The record would stand until the Strathclyde Police Pipe Band would win six in a row, 1981-1986, and an incredible 11 World’s titles in 13 years.

Muirhead & Sons would disband in 1978, the fiftieth anniversary year of the band. The Princess Elizabeth tartan uniforms were acquired by the then lower-grade Denny & Dunipace Pipe Band from near Grangemouth. Denny & Dunipace Gleneagles, back competing this year in Grade 1, continues to wear the tartan.

Muirhead & Sons had an unlikely sponsorship from the Grangemouth-based sawmill of the same name. By the mid-1970s the band struggled for members and it would never regained the form it had in the 1960s. Interestingly, along with Shotts, Muirheads was one of the first top Scottish bands to accept “guest” players from Canada, to bolster the ranks and, in the last years, mainly to put a competitive band on the field.

A major benefit of Muirheads’ opening up to guest players was that several notable pipers learned much of their piping and pipe band craft from Hardie, taking their skills back to Canada, namely, Hal Senyk, the former pipe-major of the Grade 1 Triumph Street of Vancouver and successful soloist; John Elliott, North American Championship-winning pipe-major of Toronto & District, the Peel Regional Police and, curently, the Hamilton Police; the late Scott MacAulay, who would gain great success as a solo piper and a member of the Grade 1 Clan MacFarlane and Dunvegan bands, as well becoming the first director of the College of Piping & Celtic Performing Arts in Summerside, Prince Edward Island; and Michael MacDonald, a prominent solo piper in Ontario in the 1980s and 1990s, who continues to teach and judge today.

Readers are welcome to identify other Muirhead’s members in the photo – a happy bunch of mostly young pipers and drummers, ready to make pipe band history. 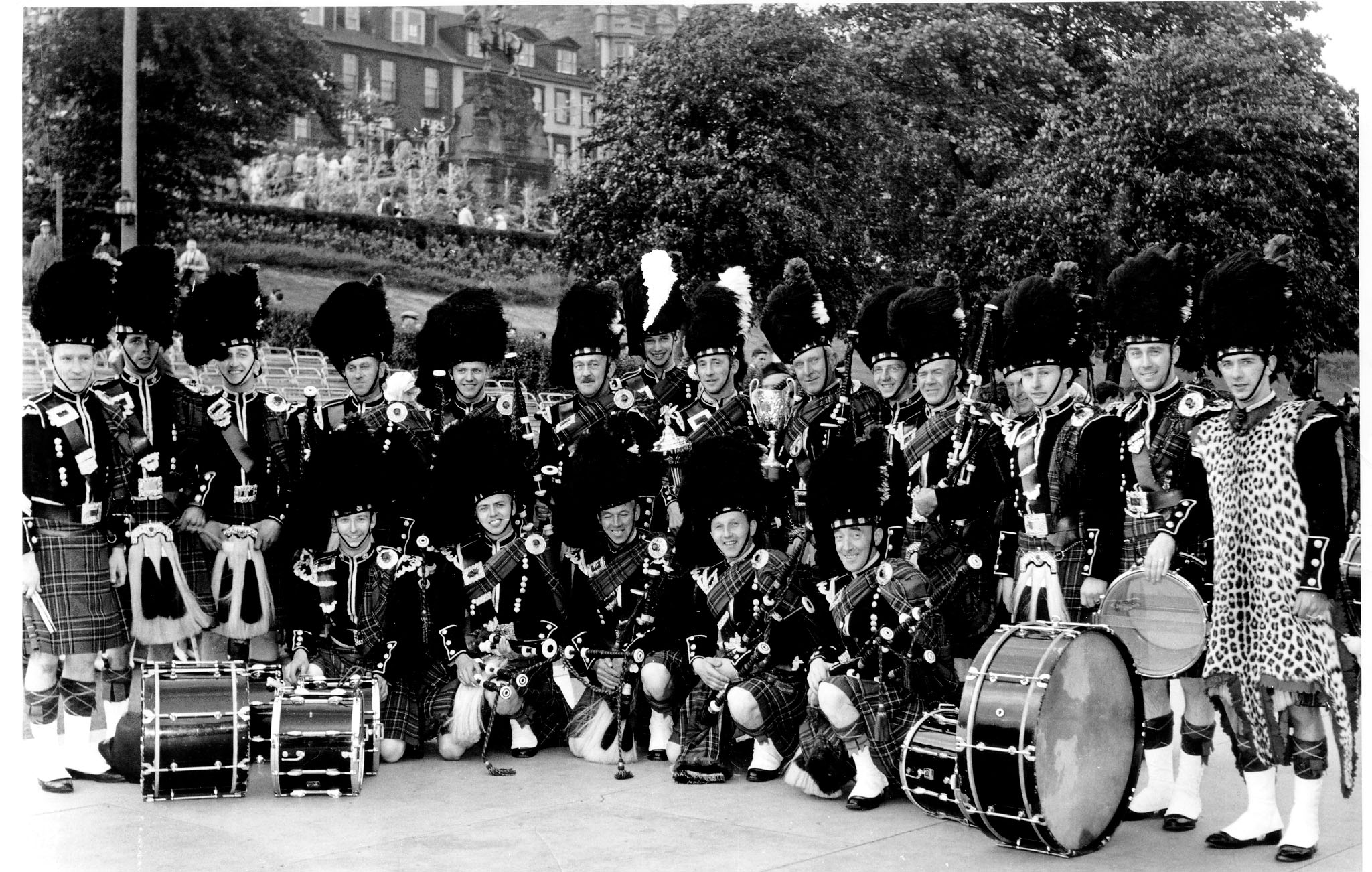