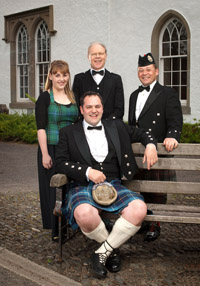 The elder Henderson – the only piper in history to win a Clasp at the Northern Meeting in four different decades – played “Lady Margaret MacDonald’s Salute,” and was determined the winner by adjudicator Jack Taylor.

The invitational competition is sponsored by the Clan Donald Association and features tunes from the Donald MacDonald Manuscript of 1822. The pipers are allowed to choose the tune that they will perform.

The famous piper Dr. Angus MacDonald of Skye was Fear an Taighe for the event.

The competition was sponsored again by Glenfiddich.

See also
Results
Chilly piping at Regina with a Rocky Mountain and North Stratton Grade 2 split
Results
After a two-year wait, Inveraray & District are British Champions at Greenock
Read all in News
Get the Newsletter!
Sign up to receive our most popular stories in your inbox every month.
Thank you, you have successfully subscribed for our newsletter, please check your email
We use cookies on our website to give you the most relevant experience by remembering your preferences and repeat visits. By clicking “Accept All”, you consent to the use of ALL the cookies. However, you may visit "Cookie Policy" to provide a controlled consent.
Cookie PolicyReject AllAccept All
Manage consent