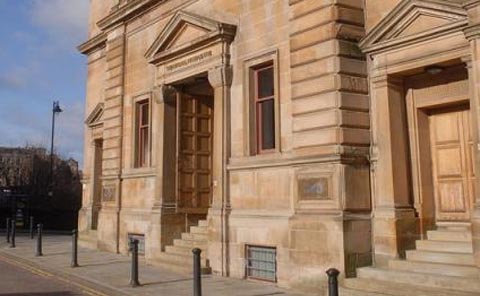 The National Piping Centre has started its official search for a successor to Roddy MacLeod, who abruptly resigned from the Glasgow organization’s Director role in January, allegedly after a dispute with the organization’s board of directors.

The new Director of Piping will have huge ghillie brogues to fill, since MacLeod had been the face of the organization since its inception in 1996, and is one of the most accomplished solo and pipe band pipers in history.

By resigning from the National Piping Centre job, MacLeod also leaves as head of the Piping Live! Glasgow International Festival of Piping, of which he, too, had been the original and only director.

While MacLeod will officially remain in the roles until May 2020, the organization in its post for the job said the next director “will lead the continuing development of the teaching programs and other musical activities, ensuring that the National Piping Centre continues to be the world centre of excellence in piping that it has become under Roddy MacLeod.

Overseeing the NPC’s musical and educational activities include:

According to the statement, the director of piping will continue to report to the board of directors, which is co-chaired by Lady Oona Ivory and her husband, Sir Brian Ivory, who are co-chairs. Alan Forbes, Kirsteen McCue, Colin MacNeill, Fraser Morrison and Alan Ramsay comprise the rest of the board of directors.

The job description states that the new director of piping will not have a seat on the board.

According to the posting, attributes of the new candidate would include:

Salary and compensation details were not provided, apart from that the job “will attract an appropriate level of remuneration.”

Deadline for applications and inquiries are being accepted until 5 pm GMT March 6th.

The National Youth Pipe Band of Scotland director position has a 30,000 salary and a 3% pension plan.