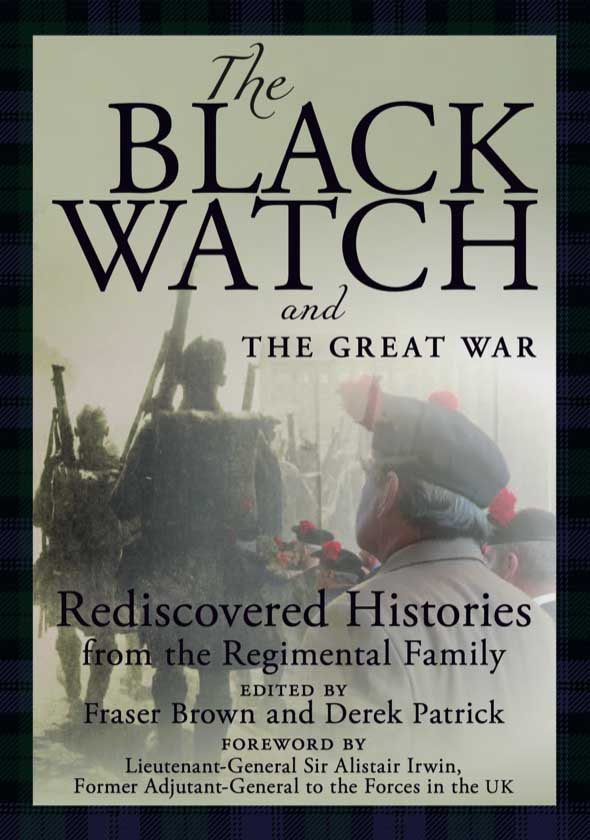 The Black Watch in the Great War: Rediscovered Histories from the Regimental Family (Tippermuir Books Limited, £15) is a new hard-bound book that relates stories of the renowned Scottish regiment by serving soldiers who served during World War I.

According to the publishers, “almost every chapter including some reference to pipers, but there are also several on that very theme that will be of interest to pipers and drummers and those who are interested in the pipes and drums.”

An entire chapter, “The Heirs of Hugh MacKay – Black Watch Pipers in the Great War” by Alistair Duthie, is dedicated entirely to serving players. There are various other sections devoted to stories of pipers’ experiences.

When the public as a whole look at the Pipes and Drums on parade they are often unaware of the non-musical role they play in the life of the battalions they serve with. Regardless of regiment, all pipers are and always were combatants, so while like military musicians in general they are part of the ceremonial life of their regiments and corps, nevertheless in time of war, unlike military bandsmen these men were – and still are – soldiers and combatants. Today the Pipes and Drums of The Black Watch battalion are the Assault Pioneer Platoon, but at different times they have also been a Rifle Platoon and the Head Quarters Defence Platoon. During the Great War on the other hand, on mobilisation, all pipers except for the Sergeant Piper and five pipers reverted to the ranks and were then deployed at the discretion of the commanding officer.

The famous piper Brian Donaldson was a sergeant in the Scots Guards. He saw armed action in the Falklands War. He discussed his battlefield experience in his pipes|drums Interview.

The publishers offer a £5 discount to members of the Black Watch Regimental Association and “wider regimental family” with the code BW2020.