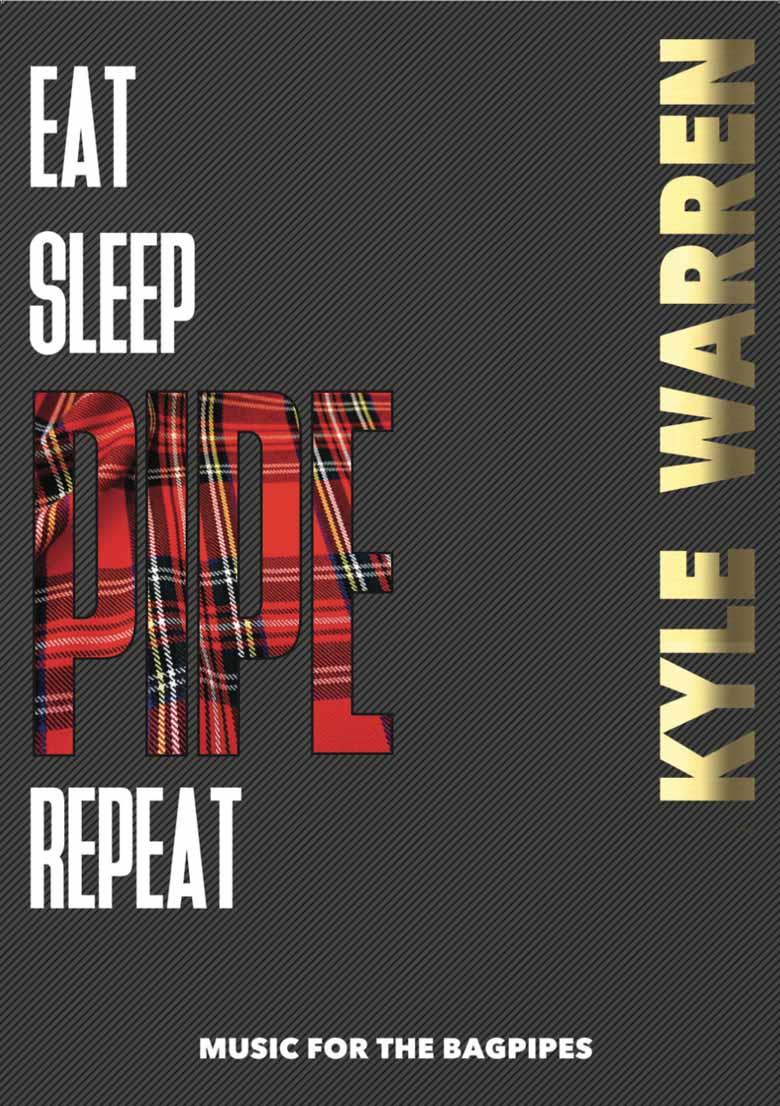 The piping creativity surge continues with EAT SLEEP PIPE REPEAT, the second collection of 50 original tunes compiled by Kyle Warren, 42 of which are by or arranged by the far-traveled piper.

“This book is all about driving jigs, reels, and hornpipes,” Warren said. “While a nice mix of strathspeys, dances, slow airs, and a few light marches complete the collection, the book consists of tunes suitable for all players, from the pipe band competition field to the folk music stage, or for having a wee tune at home.”

Warren has seen a lot of success as a composer. His works have been played by top-shelf bands like Field Marshal Montgomery, Inveraray & District, ScottishPower and Grade 2 Hawthorn of Melbourne, Australia, of which he was pipe-major for the last four years before deciding to return to his native Scotland to re-join FMM.

Kyle Warren’s resume as a piper is impressive: a member of Bagad Cap Caval, Field Marshal Montgomery and the Red Hot Chilli Pipers, pipe-major of the National Youth Pipe Band of Scotland, and a first-class honours degree in Scottish Music-Piping from the Royal Conservatoire of Scotland.

The new collection is the latest to emerge after books from Craig Muirhead and the Turriff & District Pipe Band have come to market.