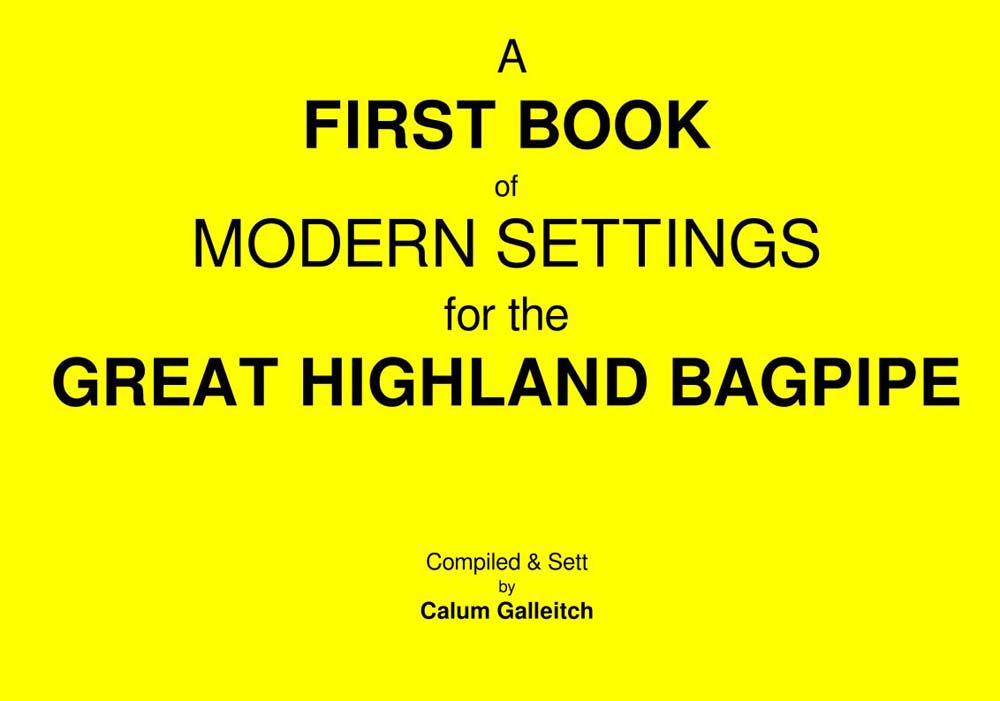 Often the best ideas when they come to light seem obvious, leaving people to wonder why it took so long to happen. Calum Galleitch of Westertoun, Scotland, an actuary who left his career to make a living from bagpipe teaching and performances has put his calculating mind to work by publishing A First Book of Modern Settings for the Great Highland Bagpipe, a compilation of his arrangements of 75 public domain tunes specially selected for pipers just starting out.

Galleitch said, “Any piping teacher will be familiar with the conversation starting with the question ‘What books of music should I buy?’ The response usually begins with a deep breath and the word, ‘well . . .’ This book is intended to be the answer to that question.

“In short, it’s a book of 75 tunes suitable for the learner piper in their first few years of playing. I’ve called it Modern Settings, as the aim was to provide many of the classic, essential tunes in a modern playing style.”

With 276 publications of Highland pipe music and counting, finding the easier classics means scouring collections and, if one’s lucky, the internet, or depending on a teacher to have tunes at their disposal.

Of the 75 compositions in Galleitch’s collection there are nine “easy favourites,” 19 two-part marches, nine four-part marches, six retreats, seven strathspeys, 10 reels, six airs, four jigs, and four piobaireachds. He’s included information about the tunes, including those associated with each.

A First Book of Modern Settings for the Great Highland Bagpipe is offered currently in paper only via Amazon and priced at £16 / CAD$29 / US$25 / €19. Callum Galleitch said that future digital versions are possible.