Opinion: For the love of the games: golf and piping/drumming on par with who we are 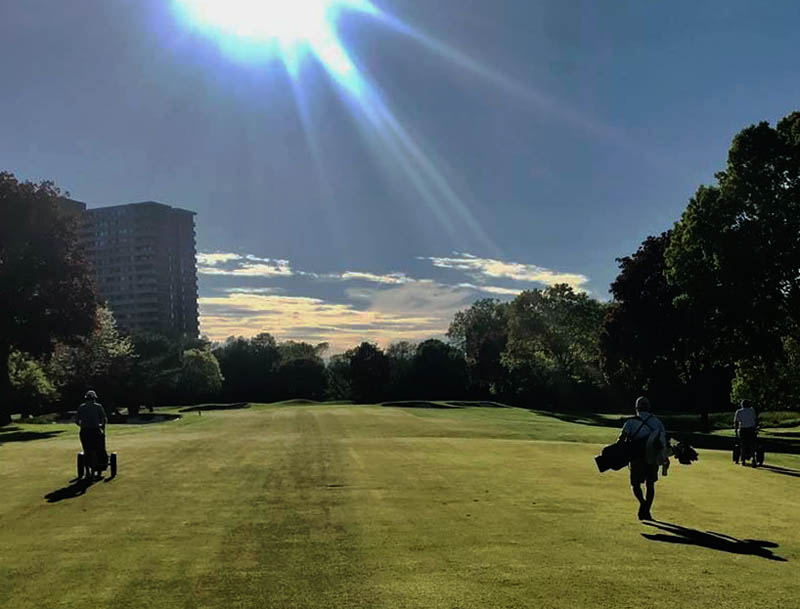 It’s no coincidence that so many pipers and drummers are golfers. The two are complementary. Both cater to certain familiar personality traits.

The fact that each is one of Scotland’s contributions to culture, art, recreation, sport, and perpetual alluring disappointment makes matters worse – or better, depending on your perspective. It’s also not coincidental that, perhaps due to the frustrations of golf and piping/drumming, Scotland decided that whisky might be an excellent antidote.

Start with the solitary conceit that is common to piping, drumming and golf. Sure, there’s plenty of camaraderie and social interaction, but we perform each mostly alone. We commit endless hours to practicing and perfecting, self-analyzing, seeking advice on how to improve.

When it’s time to perform or compete, it’s just you, the instrument, and the music. You work tirelessly to make all three work together, just like the golfer who has on the clubs and the course. All must work together in sync to produce the desired outcome.

Each pursuit is about muscle memory and repeatable performance. The driving range and practice putting green of the golfer are the scales and exercises of the piper/drummer. We rehearse with repetition to coax the muscles to do what we wish. Control the sticks, and you control the performance.

But there’s only so much we can control. The “rub of the green” in golf is the variation of the course. With few exceptions, where your ball lands is where it’s played. There’s no moving it. In piping/drumming, the vagaries of the day – rain, wind, heat, cold, a Great Big Bug – are beyond our control, and our ability and focus to cope and play through them can be the difference. In golf, it’s the rub of the green; in piping/drumming, it’s the luck of the draw.

Enjoy the tune and the music, enjoy the round and the fresh air, and you’re often on your way to something special.

So much of each endeavour depends on focus and mindset. Practice and muscle memory are essential, but a positive attitude pays enormous benefits. Enjoy the tune and the music, enjoy the round and the fresh air, and you’re often on your way to something special.

The ability to focus separates the good from the great. There are probably a million scratch golfers in the world, but only a fraction have the mental tenacity to deliver consistently. Piping and drumming is a much smaller group, but there are probably a thousand players in the world who have the raw skills of, say, Stuart Liddell or Steven McWhirter, but only a handful have a mental make-up on par with the best. Anyone who watched Alasdair Gillies or Jim Kilpatrick saw not just fantastic technical and musical players but also competitors who were able to deliver time and again.

Interestingly, piping/drumming and golf partner with alcohol. With each, a bar or beer tent is invariably close by to slake thirst and release nerves post-contest. But playing under the influence is generally a recipe for mistakes. There are legends of pipers and drummers and golfers able to perform under the influence, but fine motor movements and booze for the vast majority of us don’t mix.

Anyone who’s competed and played golf will know how one mistake can lead to another and another. The ability to shake off problems instantaneously and look forward to what’s next is paramount to success. Even the greatest pipers, drummers and golfers will make mistakes. The ones who don’t let it rattle them are the ones who do best.

And we all know the feeling when we’re playing well. We’re getting towards the end. We might be delivering the tune of our life or shooting our best round ever, but then we get to the last part or the 18th tee, and the whole thing goes to crap. We lose focus. We count our success before we’re successful. Although they’re leaving the field in the dust, those who consistently hold it together to the end are the ones who most often collect the trophy.

It’s all about playing to our potential. We all know that we’re capable of doing something well. The adage goes that every golfer, regardless of the skill level or handicap, has at least one shot in a round that is as good as anyone on earth. It might be a fantastic approach shot or a delicate chip or even a one-foot putt. But it’s just as good as the very best.

Pipers and drummers have the same experience. In every performance, we can deliver at least one embellishment or one perfectly blown note that is Glenfiddich-standard. We know our potential as a player, and it’s the constant chasing of that potential, of consistently realizing that potential that is the alluring chase. It keeps us coming back for more.

A poignant sadness is that, by the time most people figure out all this, it’s too late. In your fifties, sixties, and seventies, you don’t have the whippet reflexes you once had. You can’t make your body do what your mind wishes. Our greatest piobaireachd musicians are generally our oldest. They’ve finally started to figure out the heart and soul of the music, but their full dexterity is in decline. They know what’s required, but they can’t deliver it.

But as we pipers, drummers and golfers age, the games and the game become increasingly precious and enjoyable. It’s not so much about winning medals as it is about personal satisfaction. In time, these pursuits channel the very best of what they, and we, can be.