Opinion: Instagram, competition, and the nonstop yearning for approval 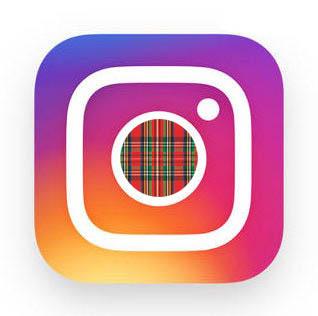 The latest ugly reports in a long series of ugly reports about Facebook and Instagram naturally got us thinking about the world of piping and drumming.

Facebook (which owns Instagram) did some research that showed that the effects of Facebook and, even more intensely, Instagram on young women and girls can be especially harmful and psychologically debilitating. The impressionable and sensitive (i.e., everyone) are particularly vulnerable to the erosion of self-esteem and confidence by a constant yearning for approval brought on by social media.

Similar to the tobacco industry in the 1960s, the company’s management has swept inconvenient truths under the rug – nothing to see here; please don’t disrupt our flow of billions in profits and keep on clicking your likes and keying in your scorn.

Almost a decade ago, we wrote about how Facebook is ideally suited for us pipers and drummers. We revel in performance, in practicing alone for hours, in wanting a spotlight put on ourselves through our unusual music and attire. It’s no wonder that even after the overall decline of Facebook’s popularity with those younger than 35, that it’s still piping and drumming’s social media platform of choice.

Even after study upon study and scandal after scandal, our little community still finds the allure of Facebook impossible to shake. It’s an addiction. We know it isn’t good for us, but we continue doing it.

They feed off of the approval of an audience. Praise is an addictive drug.

We know that musicians of every stripe yearn for approval. Why do Paul McCartney or Bob Dylan, already wealthy and accomplished beyond imagination, still tour and perform seemingly nonstop? It’s mainly because they feed off of the approval of an audience. Praise is an addictive drug.

Pipers, since at least the Falkirk Tryst of 1781, have subjected their art to competition. Every art has occasional competitions juried by “experts,” but few make it their primary platform for public performance, as does piping and drumming. Young pipers and drummers learn from day one how to win competitions, express their music “correctly,” and deliver their art in a way that will bring them (and vicariously and sadly their teacher-coaches) prizes.

We try to be comfortable in objectifying art, which is by definition subjective. With few exceptions, we seek approval not from audiences applause but by the stroke of a judge’s critical pen. First, second, third . . . last. And yet, we still come back for more approval-seeking – just one more hit of judgment adrenaline. We are terrible. We will be better next time. We will win your praise.

If negative comments on Instagram and Facebook can be psychologically debilitating, what about having our music critiqued every week? How many parents not already indoctrinated in the competition culture subject their sensitive child (and what other child is there?) to this sort of nonstop critical scrutiny? Some, for sure, but we suggest that most, once they realize the endlessly judgmental environment we promote, elect to curtail their kid’s involvement.

We recognize that competition-oriented pipers and drummers also do non-competitive performances. These are secondary and are geared mostly to support the addiction, raising funds to travel . . . to competitions; testing new music to play . . . in competition; getting nerves out to prepare . . . for competition. Few “competition bands” will perform if there isn’t some sort of competitive benefit.

There’s endless debate over whether piping, drumming and pipe band competition is art or sport. We tend not to like the “sport” allegation, but what sort of artform continually wants to be judged? Sports do that. But if we called it a sport once and for all, how many of us would continue? Maybe some. Maybe none. Maybe everyone. Who knows?

The pandemic has made us wonder if there’s more to all this than competition. But what? This is the challenge faced by associations worldwide whose entire business model revolves around members paying dues for the right to compete and then paying more fees for every event they enter. As they are made today, if there are no competitions, there’s no reason for an association to exist.

Competition is indeed the lifeblood of our little industry, so competition must be legitimized as the reason-to-be. This is ultimately debilitating to the art. We might want our art to thrive, but it will never be allowed to evolve unless we stop trying to objectify the subjective. We pretend we can shape competition into something artistic, but it always comes back to the technical like missed gracenotes, precision of tuning, closest unison, and so forth. The technical “right and the wrong” of our type of music.

When we’re seen to inject our own interpretation into our competition performances, we’re ridiculed. Only after decades of competition success might you earn the right to add emotion and personal style to the music you perform in competition. Even then, it’s a huge risk. Only a rare few wizened piobaireachd masters get the okay to deviate from the timing and arrangements standardized for competition.

Excellent orchestration will never trump howling drones. Pipers cutting out or drummers lifting sticks always overwhelm judgments. We’ve all seen an uninformed non-piper and -drummer audience love a performance with a rousing ovation, only to be shocked when it doesn’t rate in the prizes. There is something deeply troubling about not rewarding art that moves the human spirit because it was deemed technically wrong.

Realizing that having only one product to sell is risky for any company, associations say that they want to become “teaching” organizations. But what will they teach? How to win more competitions? That’s not promoting art; it’s simply feeding the competition beast. It’s coaching to win a game.

In our competitive piping and drumming world, we systematically lose more new pipers and drummers than we keep. This attrition is due to many factors, but perhaps chief among them is the culture of competing that most eventually realize doesn’t jibe with art. Keeping pipers and drummers in the fold is a problem. But perhaps the problem is the type of “fold” we are.

While our competition culture has existed for at least 240 years, we might learn from research that presents empirical evidence that social media is debilitating. Constant judgment can wreck self-esteem. No one is suggesting that we phase out competition entirely. We’re only suggesting that maybe, just maybe, the preponderance of competition ultimately drives away more young pipers and drummers than it retains.

All told, do incessant competition and nonstop judgment promote our art or, like social media, perhaps it’s a debilitating addiction that we need to replace with something more psychologically and artistically healthy.

What do you think? Use our comments feature below to join the conversation.