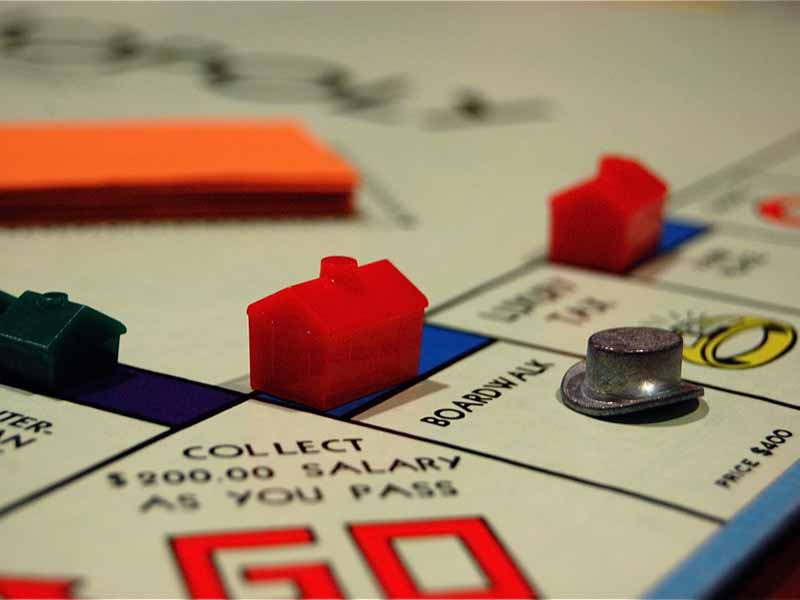 Editor’s note: if you think associations should be exempt from fair criticism, you might not want to read further. If, on the other hand, you’re interested in and respectful of a variety of opinions, please read on.

Pipers and drummers know that competition is beneficial. There are many reasons to like competing and, chief among them, it encourages us to be better. We measure our skills against others to be the best we can be.

In non-piping/drumming life, competition is also beneficial. For example, you can choose wireless providers or airlines or whatever based on variety and pricing because there’s competition. A business that is the only one to serve a market, which actively works to keep others out, is considered anti-competitive. Government bodies around the world will ensure that a company or organization encourages competition – or at the very least doesn’t prevent it – so it won’t become a too-powerful monopoly.

When monopolies and monopolistic practices are discovered and proven in business, there are penalties and corrections. A monopoly often will be broken up into divisions or separate smaller companies. This allows others to emerge and compete, which in turn creates competitive pricing, alternative products –  in a word, choice.

Similarly, countries that don’t offer more than one political choice or freedom of speech are no longer democracies. A single ruling state that provides no other options is generally authoritarian. People must do whatever they say. There’s no choice.

In countries and regions around the world where there is substantial piping and drumming, there is usually an association. They work on behalf of their members to organize competitions, govern grading, administer judging, and so on.

They strive to deliver stable value for their members. If they don’t, their members, judges, and other stakeholders are free to go elsewhere or even start their own organization, without penalty. Almost all associations allow pipers, drummers, and pipe bands to be members of other associations, and they often are.

For all purposes, the RSPBA is a concerted monopoly. It has cornered the market on pipe band competition in the UK, which in itself is fine. Other associations have done the same thing in their own country. The problem is, the RSPBA has put in place anti-competitive rules to preserve unilateral control.

In Section 4 of the RSPBA’s Standing Orders & Rules are a few little-known clauses:

4.10 Any Band, registered member or official thereof taking part, directly or indirectly, or assisting in any manner whatsoever, a promoter of a United Kingdom contest outwith [sic] the rules of the Company without permission of the Board of Directors shall be guilty of an infringement and shall be liable to such penalties as the Board of Directors may decide. [2014 AGM]

4.13. No member of the Company, Band Member or the approved Adjudicators Panel may take part in any contest not authorised by the Company except with the written permission of the Board of Directors.

In essence, if you are an RSPBA member pipe band, drum-major or judge, you can’t organize, participate in, support, or otherwise be a part of any non-RSPBA event without the approval of the association’s board.

Presumably, if not approved and you do it anyway, you will be suspended or outright expelled.

We know of no other association that prohibits its members from travelling to compete in other jurisdictions without permission. In more than one way, it’s anti-competitive.

The RSPBA not so long ago put these clauses into effect when a group tried to launch The Spring Gatherin’ in Northern Ireland in 2015. It was a simple idea: mix competition with performance, with a new approach to judging, combined with workshops and other positive aspects.

It seemed innocent enough until the RSPBA allegedly intimidated member bands with the threat suspension or even expulsion if they took part. Bands that had signed up withdrew in short order. That, in effect, made it impossible for The Spring Gatherin’ to happen, and the whole idea collapsed.

It would take a lot of intestinal fortitude for an RSPBA member band to play in an event run by an alternative new association. They would likely find themselves suspended or expelled.

The familiar retort when someone complains about the RSPBA is, “If you don’t like it, go and start your own association or event.”

While, strictly speaking, that’s possible, the RSPBA can quickly hinder success by threatening to penalize or ban any members or judges participating without the approval of their board of directors. It would take a lot of intestinal fortitude for an RSPBA member band to play in an event run by an alternative new association. They would likely find themselves suspended or expelled.

“Guilty of an infringement and shall be liable to such penalties as the Board of Directors may decide.” Hmm. That doesn’t sound like a friendly piping and drumming association looking to foster the pipe band arts.

We fully recognize that, in theory, RSPBA members must have voted on and enacted these self-bullying rules. So, in theory, the same members can rescind them – provided that there is a reasonable and equitable way to do that, given that expressing even mild dissension isn’t much welcomed or even permitted.

No one, except perhaps the subservient and flaccid, likes a monopoly. The anti-competitive tactics of big businesses are cracked down upon by governments. They necessarily weaken the too-powerful for the benefit of all.

Similarly, authoritarian single-party governments that forbid choice eventually get their comeuppance. The people in time will say they’ve had enough. If negotiations fail, they’ll rise up and force change, even against tyrants.

It takes courage and conviction and organizing, but people eventually say enough is enough, the absolute monopoly can’t continue.

Competition is good. It’s what we do. We welcome it. Competition prompts us to be better.

With its numerous controversies over many years, the RSPBA is at a crossroads. Its online AGM is on June 27th, and we believe that the strong majority of its members desire change. But for the reasons above, they are reluctant or even afraid to speak up, let alone organize their own pipe band competitions or start an alternative association.

An association that suppresses, even prohibits, alternatives and choice isn’t likely to offer positive change for its frustrated and dissatisfied members.

What do you think? Provided it’s fair comment, free of profanity, and on-topic, we’d love to hear from you. With a free registration or paid subscription, just log in to the site and post your comment below. That way, it will be preserved for the future, rather than a fleeting social media remark.