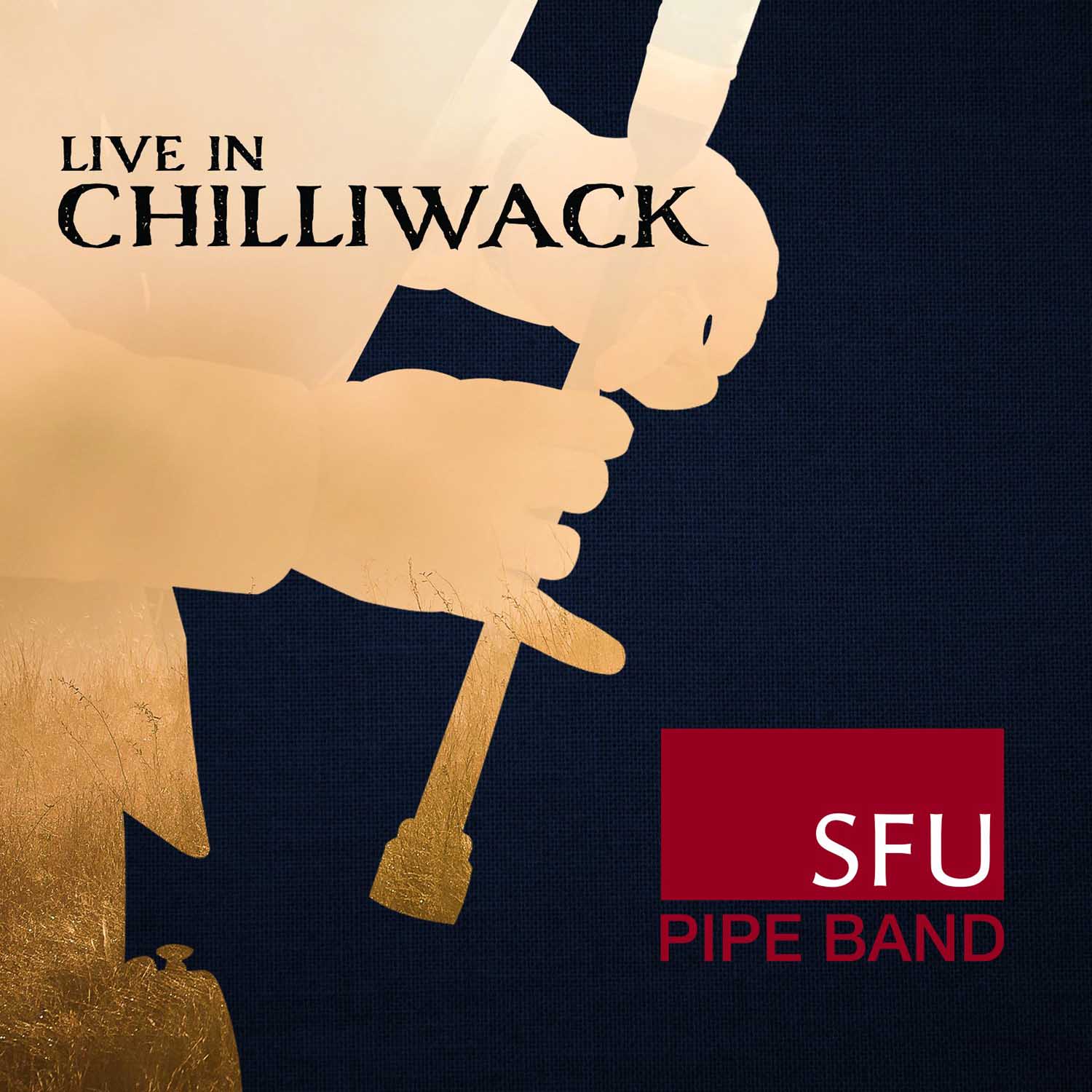 Six-time World Champions Simon Fraser University has made a surprise drop of Live in Chilliwack, a new digital album that features 16 tracks.

The recording was made at the band’s February 29th concert at the Chilliwack Cultural Centre in Chilliwack, British Columbia.

It’s the twelfth commercial recording from the Vancouver-based SFU, dating back to 1984 and their Nous Sommes Prêts, and their sixth live album. The band offers its entire catalog of albums for sale on its extensive merchandise website.

The new recording is a mix of all-band cuts and solo spots by some of the band’s elite pipers, including Pipe-Sergeant Jack Lee, Gordon Conn, Andrew Lee and Will Nichols, and a fanfare by Lead-Drummer Reid Maxwell’s corps. The album was mastered by Jamie Kubasiewicz.

Individual tracks are 99 cents or $9.99 for the whole album, in line with Apple Music’s download prices. Several of the band’s albums are also available for download or streaming via popular music suppliers like Apple Music and Spotify.

“We hadn’t actually originally planned to release a full album,” said Kevin McLean, a piper with the band. “We mostly were recording for ourselves and to upload a few nice video clips, but the audio turned out really well so we thought the pipe band community would appreciate hearing from us during these difficult times. We do have more videos of the sets that we are planning on releasing over the next couple of weeks.”