Shotts, Scotland – November 7, 2015 – The Shotts & Dykehead Junior Piping & Drumming Championship grew in its second year, as the event at Calderhead High School attracted strong entries in all areas. The contest has quickly emerged as one of the top events for juvenile pipers and drummers, and a strong contingent of top-flight younger judges volunteered their time for the organization. The band had the World Championship trophy on hand for kids to hold and pose for photos with, providing further inspiration for young players as “tomorrow’s champions.” 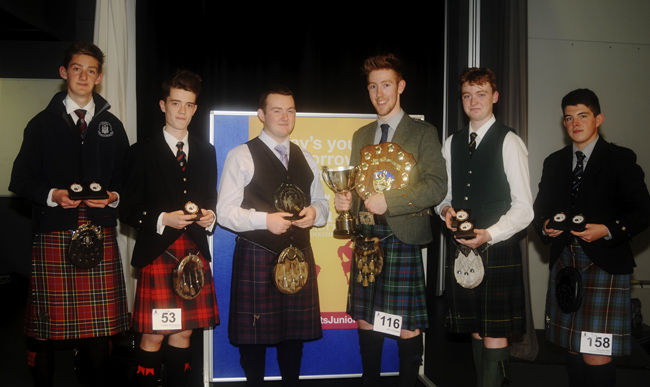