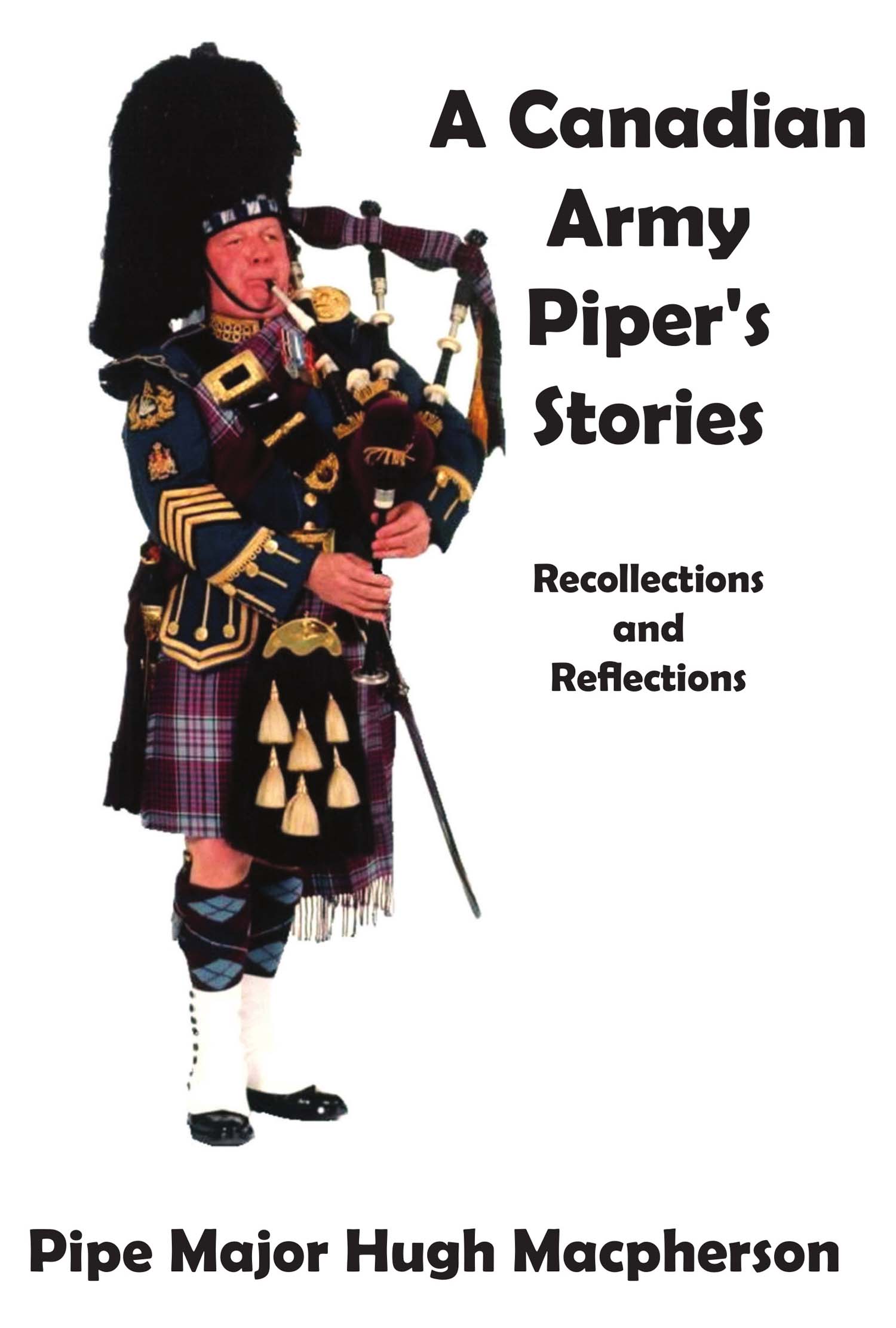 One of Canada’s most accomplished military pipers, Pipe-Major Hugh MacPherson has pulled together memories of his life and experiences in the Canadian Armed Forces over his 34-year career in his third book, A Canadian Army Piper’s Stories: Recollections and Reflections.

Published by and available from Commoners Publishing, A Canadian Army Piper’s Stories promises to take the reader through MacPherson’s time with the 1st Battalion The Black Watch of Canada and 2nd Battalion The Royal Canadian Regiment

A native of Prince Albert, Saskatchewan, MacPherson is a graduate of the famous Pipe-Major’s Course at Edinburgh Castle under Captain John MacLellan in 1975, 11 years after he joined the The Black Watch (Royal Highland Regiment) of Canada at age 17. He was assigned to form an air force volunteer band at Canadian Forces Base Portage la Prairie, Manitoba, after which he served as pipe-major of Canadian Forces Europe at Lahr, West Germany 1977-’82.

Two Highlanders, Alan ‘Ike’ Kennedy and Chuck McCabe, encouraged me to write some of my stories of humorous happenings with my different military volunteer pipe bands. – P-M Hugh MacPherson

MacPherson was successful as a pipe band leader with the Welland Police and the 2nd Battalion, The Royal Canadian Regiment. From April 1992 until he retired in 2000, he was pipe-major of Air Command Pipes & Drums in Ottawa, achieving the rank of Chief Warrant Officer in 1995 as the Canadian Forces Senior Pipe-Major. He was also Personal Piper to successive Governors General of Canada, officially the federal vice-regal representative of the Canadian monarch, currently Queen Elizabeth II.

He also played with the Grade 1 Clan MacFarlane for a period in the 1970s.

“Two Highlanders, Alan ‘Ike’ Kennedy and Chuck McCabe, encouraged me to write some of my stories of humorous happenings with my different military volunteer pipe bands,” MacPherson said. “RCR Colonel Sandy McQuarrie made those stories and pictures into a book. I had wished to have just a few copies produced for my own library and for family gifts, but Glenn Cheriton of Commoners Publishing insisted instead on producing the book for wider distribution.”

Two other books by MacPherson have been published: Pipers of The Canadian Regular Army 1950-2000 and A Piper’s American Odyssey.

A Canadian Army Piper’s Stories: Recollections and Reflections is priced at $17.95.

Review: ‘The Black Watch and the Great War – Rediscovered Histories from the Regimental Family’
February 26, 2021