The elusive Willie Lawrie: an image appears from the past

For one whose music is played at virtually every piping and pipe band performance anywhere on earth, there are few pipers as the great Willie Lawrie whose image is so rarely available.

Thanks to some sleuthing by the famous piper, Jim McGillivray, what appears to be another image of the great piper has surfaced.

Diminutive in stature, but a giant among pipers, Willie Lawrie scooped up all the major solo piping prizes, including both Highland Society of London Gold Medals in 1910, followed by the Clasp, the Marches and Strathspeys & Reels at the Northern Meeting at Inverness in 1911. 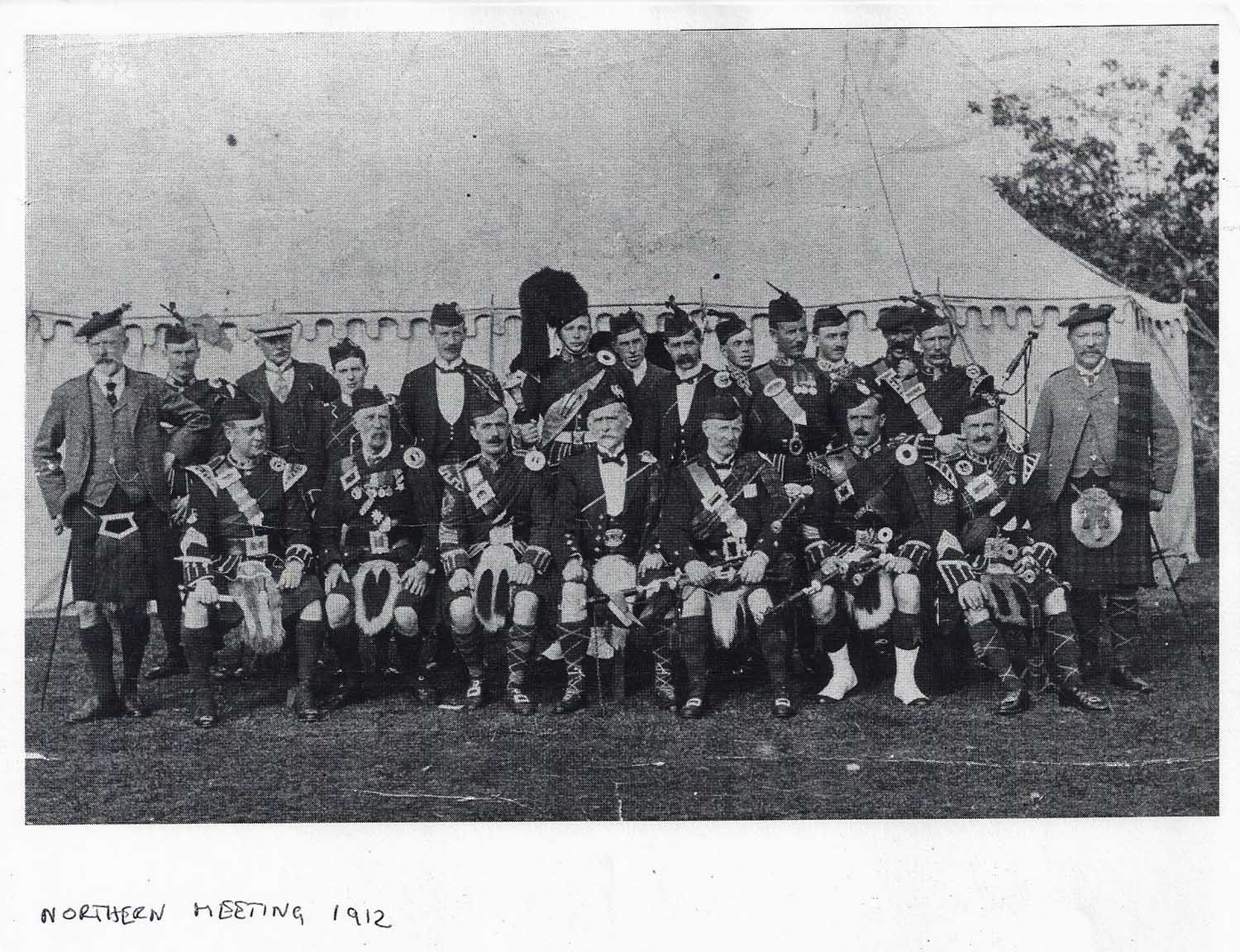 The photograph is from the 1912 Northern Meeting. What appears to be Willie Lawrie is second from the left, behind the dapper older gent, who, incidentally, is the aristocratic land-owner Cameron of Corriechoillie, namesake of the famous tune, who evidently frequented the event many times. Also identifiable are, sitting L-R: John MacDonald of Inverness, unknown, G. S. McLennan, John MacDougall Gillies, Robert Meldrum, and, possibly, Willie Ross. The fellow with the massive moustache two to the right of the drum-major is Angus MacPherson of Invershin.

By all accounts, Willie Lawrie of Ballachulish, Argyllshire, Scotland, was a mild-mannered and self-effacing gentleman. He served gallantly as Pipe-Major of the 8th Argyll & Sutherland Highlanders during the Great War. And it was for all purposes the Great War that took his life, “invalided” home after falling ill in the trenches, and dying in a military hospital on November 28, 1916, at the age of 35.

The known images of Willie Lawrie show him in the background, seemingly wanting to avoid prominence – ironic, perhaps, because his 30-odd compositions are some of the most prominent and lasting in the Highland piping repertory.

You can read more about Willie Lawrie, and find his greatest tunes at Jim McGillivray’s terrific PipeTunes.ca resource.

If you can identify others in the photo, please feel free to share your information and suspicions with or Comments feature.

Our thanks to Jim McGillivray for permission to share this historical piping discovery.