The Style Guy deserves a good dressing down, as it were, so to speak.

So many months have passed since my last column, The Style Guy’s all worn out.

Speaking of wearing things out, let’s open the old mail bag to see what’s on the offing and the doffing . . .

Did you read that ridiculous pipes|drums editorial saying that we should change what we wear because it’s too hot and bulky? The idiot even suggested that we should trade the glory kilt for gory tartan shorts!

With all your wisdom, sir, please tell us your opinion!

Well, Mr. Dunderheid, I did in fact read that article and, I have to admit, it got me thinking about many things.

First off, I remind everyone that I am not here to protect the past or fight off change. Smart change is good. Show me an art form or hobby whose raison d’etre is solely to preserve, and I’ll show you a genre that’s destined to die.

The author of the article raised good points. I was at the World Championships in Glasgow, skulking around the outskirts, popping my head above parapets to check out the latest styles.

It was a scorcher of a day for Glasgow (a cool autumn day for Florida), and unless a band was actually competing, all of them without exception were determined to stay cool. They put on their wooly gear at the last minute, desperate for shade, water and good cold bevvy.

Sure, everyone wants to look good, but not at the cost of good health.

You know me. I love a resplendent pipe band uniform and solo piping ensemble. But wearing all that worsted garb in 30-, 35-, 40-degree weather is just plain stupid. Not only is it incredibly uncomfortable and inconducive to good music, but it’s downright unhealthy.

I see nothing wrong with experimentation. I, myself, The Style Guy, have tried new things. Why, only last week I ate an “edible” and after an hour of wondering what all the excitement was, soon found myself rummaging through my closet to try on some old tartan fashions.

I even put on a natty pair of cotton tartan shorts, paired them with an old pipe band logo polo shirt and some comfy shoes and socks.

Later, I wolfed down two bags of Doritos, a large container of Licorice All-Sorts, and several batches of Jelly Tots. But I digress.

Guess what? I looked pretty good, if I do say so myself, and, what’s more, the World. Did. Not. End.

(Later, I wolfed down two bags of Doritos, a large container of Licorice All-Sorts, and several batches of Jelly Tots. But I digress.)

I see nothing wrong with pushing the norms, provided you do it in good taste. The trouble with the piping and drumming world is that every attempt at change is shouted down by some fearty judge or stay-puft president.

I remember in the 1980s when a top-grade band first started to wear waist-coats (vests to you North Americans). Oooh, boy! Wasn’t that risqué! They sure turned heads, and took some abuse but, you know, they stuck with it and now every cab-driver-looking piper and drummer wears one.

All of this is to say, Yes, try new things. Push boundaries and buttons. But do it in good taste . . . and in good health. Good things are sure to happen.

That’s all I got to say ’bout that.

Love your wicked awesome work. Say, man, I saw a dude at a Highland games in North Carolina competing in the solo piping wearing an actual philabeg. You know, the original kilt contraption that’s basically a tartan blanket all wrapped around the waist and then ending up pinned over the shoulder. Totally rad!

What do you think of that, oh brother of the plaid?

Goodness. I wish you had a photo of that philabegged beggar. I’ve tried a full blown philabeg, but I’ve always been afraid that thing would come unwound and I’d be left running about in my skivvies carrying a pile of tartan.

That’s the thing. To the unwashed masses, they see even our most conservative pipe band get-up as different, and needing great courage to wear it in public. It’s all relative.

We’re so used to wearing a certain “traditional” thing, that we see a philabeg ensemble as borderline crazy when, in fact, it’s far more traditional and authentic than what we wear.

So, I say, wrap yourself in that there philabeg, and strut your courageous stuff.

Okay, put your cards on the table. What competing pipe band is the world’s best dressed?

I knew it would eventually come to this, SSS. While I travel the world and try to take note of the bands I see, The Style Guy can neither be everywhere nor see everything.

It’s only fair, though, to exclude the few military bands. They are paid to be well turned out. There are repercussions for percussionists with dirty, dirty brogues.

As far as civilian bands go, to me there is a clear-cut #1 choice: ScottishPower. For many years this group has upheld a tradition of being perfectly turned-out, from the made-to-measure kilts, to the singularly tasteful tartan, to the custom sporran cantles, to the solo-piping inspired socks and jaykits.

ScottishPower is a band that wants to put their sponsor in the best light possible, and they succeed.

ScottishPower is a band that wants to put their sponsor in the best light possible, and they succeed. The band is a reflection of the company, and, if the band has its act together, then so too must the company. That’s how a sponsorship is supposed to work.

Special shout-outs to Simon Fraser University and City of Dunedin. But, if you think about it, those bands are closely aligned with Highland dress retailers so they’re walking mannequins for the shop. Sort of like a reedmaker’s pipes – they’re a living, breathing advertisement, so they’d better sound good.

But, yes, ScottishPower. More power to them!

Is it okay to wear the poppy on a glengarry or balmoral?

Officially it should be worn over the left breast.

Some bandsmen say when on parade the poppy is hidden under their pipes or drum harness.

Good question. In a word: no, it’s not okay to stick it on your hat, and I don’t care if Prince Hank did it.

Protocol is for it to be worn on the left breast. It’s a nod to military veterans who served and sacrificed. Just because the poppy is obscured by your drone or drum harness doesn’t mean that the wearer isn’t wearing it or isn’t in full support. Stick to protocol.

Besides, presumably you’re playing at a Remembrance/Veteran’s Day function, so you’re doing far more to pay respect than wearing a symbolic poppy (although the symbol of solidarity is important, too). It’s how you behave and how you live the beliefs you espouse that matter most.

For pipers and drummers, learning, appreciating and performing music created during and for times of great struggle, in tribute to those who sacrificed so much, cannot be over-emphasized.

You got style? Of course you do! But maybe you have questions, so please do send them on to The Style Guy and he’ll be on your suitcase! 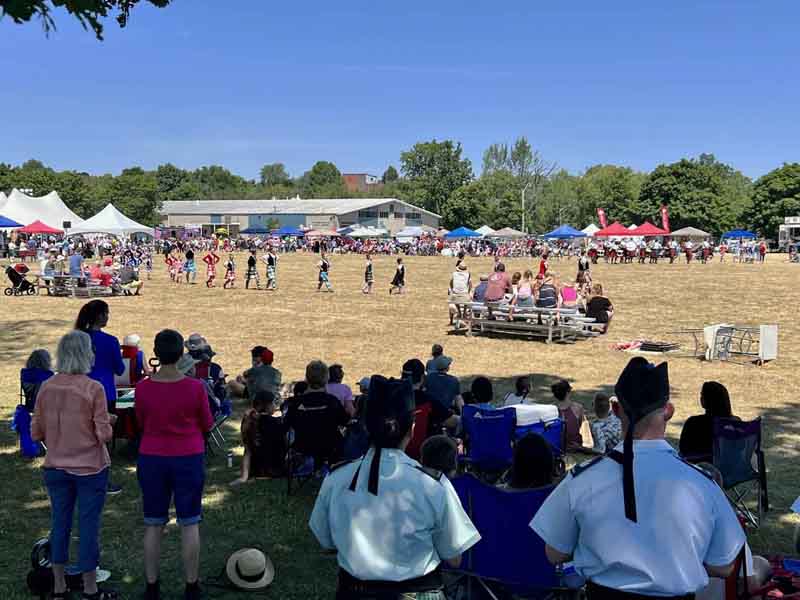 Editorial
Boiling over: for the sake of better music and good health, we need to change what we wear 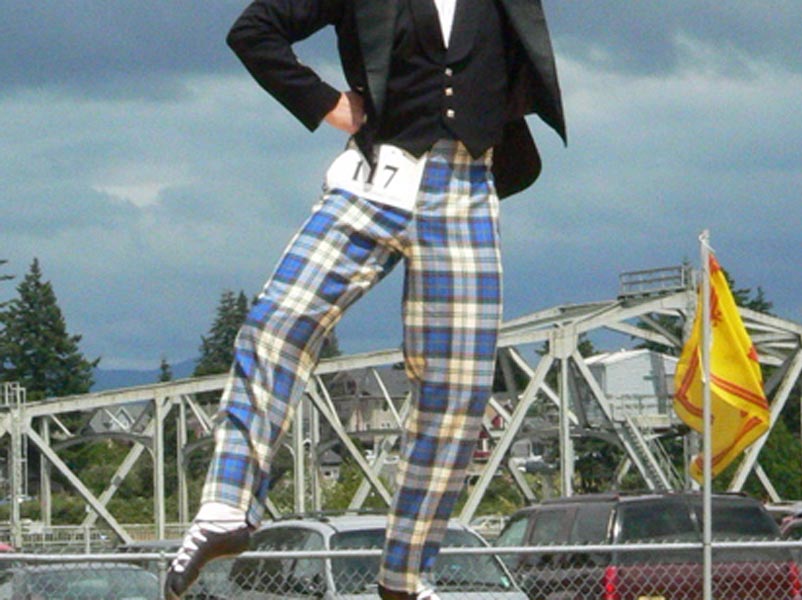 Style Guy
The Style Guy: offline, online, we all want to be in line 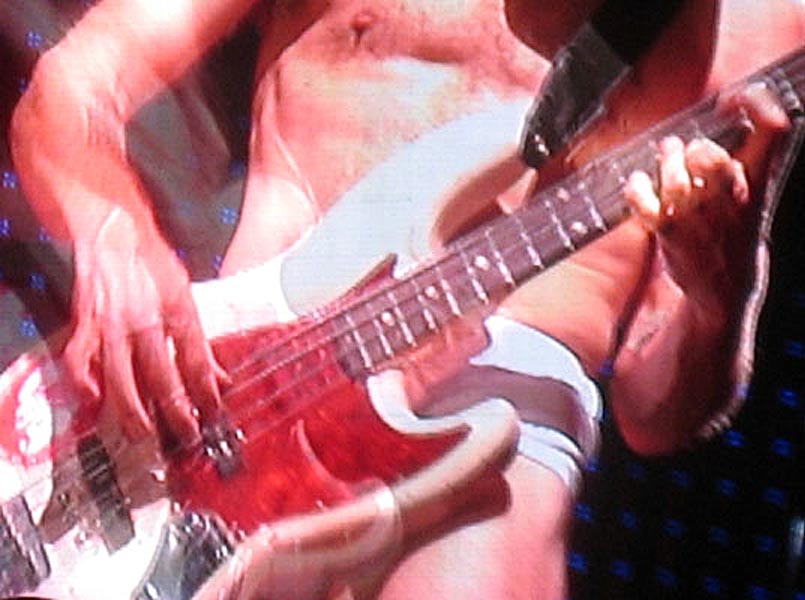