It’s been a while, been a while. Been a long, long time. Well, since the last Trailing Drones, anyway. Welcome back to the original column that others ape.

Another band bites the dust. Another band bites the dust. And another one gone, and another one gone. Another band bites the dust . . . Lordy, lordy, there’s a lot of carnage out there this off-season. We won’t say we told you so, but . . . we told you so. It’s hard out there for a P-M. We ask people who are really just looking to enjoy their hobby, to perform a full-time job. They put their heart and souls into keeping a band together. They sacrifice family and career. In some case they’re at it for decades, only to have their entire drum section quit for another band. Shouldn’t there be some sort of rule to prevent this sort of mass-exodus? There are of course unwritten rules, but should associations consider a policy that says no more than __ number of players can go join a single other band within __ number of months? Or maybe transfers and trades have to be approved by the commissioner’s office, as with major league sports. The tradition of whole sections migrating is honed by time, but there’s still something just not quite right about it.

Facebook! Let’s hear it for the odoriferous Facebook! Now every band can post the obvious: we need players! We need lots of players! We are open to having more players! Come join us because we need players! Well, um, yes. Every band needs players. Every band is interested in having more and better players. Duh. Every piper and drummer in the world will understand that, if they are thinking about leaving a band or interested in joining that other band, all they have to do is ask. The rare band that does not need or want more or better players should be the only ones putting up Facebook ads, with a scroogey “Don’t even bother asking” message.

All that is to say that bands are getting more and more panicked. They see a raft of well-established groups toiling to keep up with the standard with enough numbers and sufficient quality to make whatever grade they’re in. For at least a decade, warnings about the pipe band numbers game have been ignored by associations. They have refused to act. They don’t recognize that putting caps on numbers is good for their business. It not only helps to sustain existing bands, but it will create new bands. It will uncover new leaders. Putting maximums on sections sizes, or at least rosters, will level the playing field, and make more bands competitive. Better competition will be more fun. A cap on numbers might make it more possible for more bands, especially those in the top grades, to attend more competitions, including the small pipe band events in Scotland that are facing 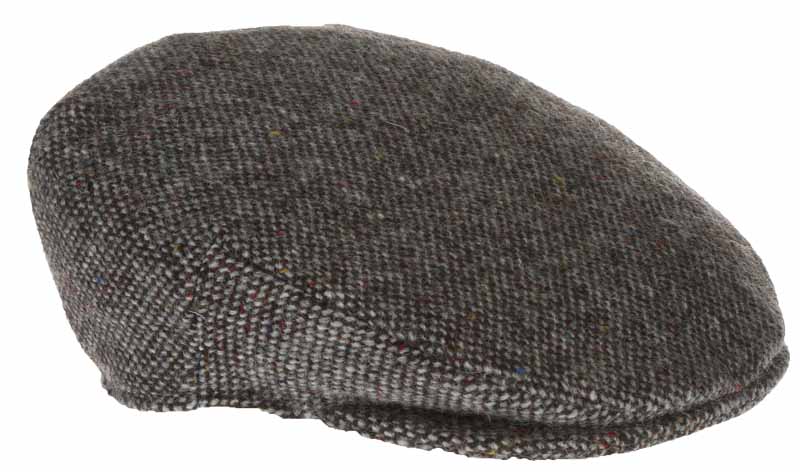 extinction. We get it. It’s survival of the fittest, and de’il tak the hindmaest. It’s also called cutting off your nose to spite your face. Stop shilly-shallying around and do something. Put it this way: two years ago there were 30 Grade 1 pipe bands. Today there are 22. Maybe that’s a good thing, but something tells us that a successful art is supposed to grow.

So, one would think that 16-time World Solo Drumming and gazillion-time drum corps championship-winning lead-drummer Jim Kilpatrick would sail into a position as a judge – er, for the pretentious, make that adjoooodicator – with the Royal Scottish Pipe Band Association. Allegedly, it’s not that easy. He is. He isn’t. He will. He won’t. No one is saying. Of course, we can speculate that it’s all about the kowtow. We don’t care how many prizes you’ve won. We don’t care that you’ve already judged dozens of events around the world. You must do your shadow judging, even if you’re being “fast-tracked,” watched over by drumming judges, the vast majority of whom would never have been even considered for your corps. We can only guess that it’s a battle of egos and rules. We’re old enough to remember seeing great pipe-majors and lead-drummers, retired from competing, but listening from the sidelines. Such a waste of time and talent. Please, get this done.

Speaking of judges, we predict that former Grade 1 Triumph Street (RIP) pipe-major, David Hilder will be on the clipboard at the World’s in the next two years. He has his accreditation already from the British Columbia Pipers Association, so should be ushered onto the RSPBA panel fairly quickly. This would be another welcome addition in the name of more street cred.

One more thing on judges. Why won’t associations post biographical summaries about their judges? How long they competed with top-grade pipe bands to satisfy criteria, their required minimum 15 years of excellence in solo competition, their proven contest success as a prerequisite for even sitting the exam. In an age of instant communication and easy access to information, why is this so difficult? Let’s put an end to the age-old question by competitors about judges: “What’d he/she ever do?”

Kudos to the Competing Pipers Association. They’re stepping up. They’re getting involved with other organizations. They’re trying new ways. Their recent program to create an equitable Silver Medal qualifying system is about 40 years overdue. Yes, there are kinks to adjust, but any good project starts somewhere and makes corrections along the way. It now seems like it’s the type of association that listens to its members. The goal with this one is equanimity. If it’s unfair, then it will be fixed, and they are welcoming suggestions. There is no “apocalypse.” If you are a competing piper who is concerned, it seems like you have an organization that will listen, with no fear of some ridiculous retribution in competition. Two steps forward, one back is still progress.

We’re amazed that, even in this apparently more enlightened age of respect for intellectual property, and, if nothing else, asking for permission before you exploit another person’s things, that there are still pirate websites out there that offer thousands of copyright pipe music for free downloading. (More details will only make it easier for you to find them.) They never divulge who the own-operator of the site is. They run paid banner ads, so they are making money off the backs of our composers. Readers, do us all a favour and resist the temptation to download these free tunes. It’s not fair use; it’s bad form and it’s illegal. Instead, pry open your dusty sporran and pay a few pennies for music so that people can be compensated fairly. Composers aren’t looking to get rich – they just don’t want to be exploited. 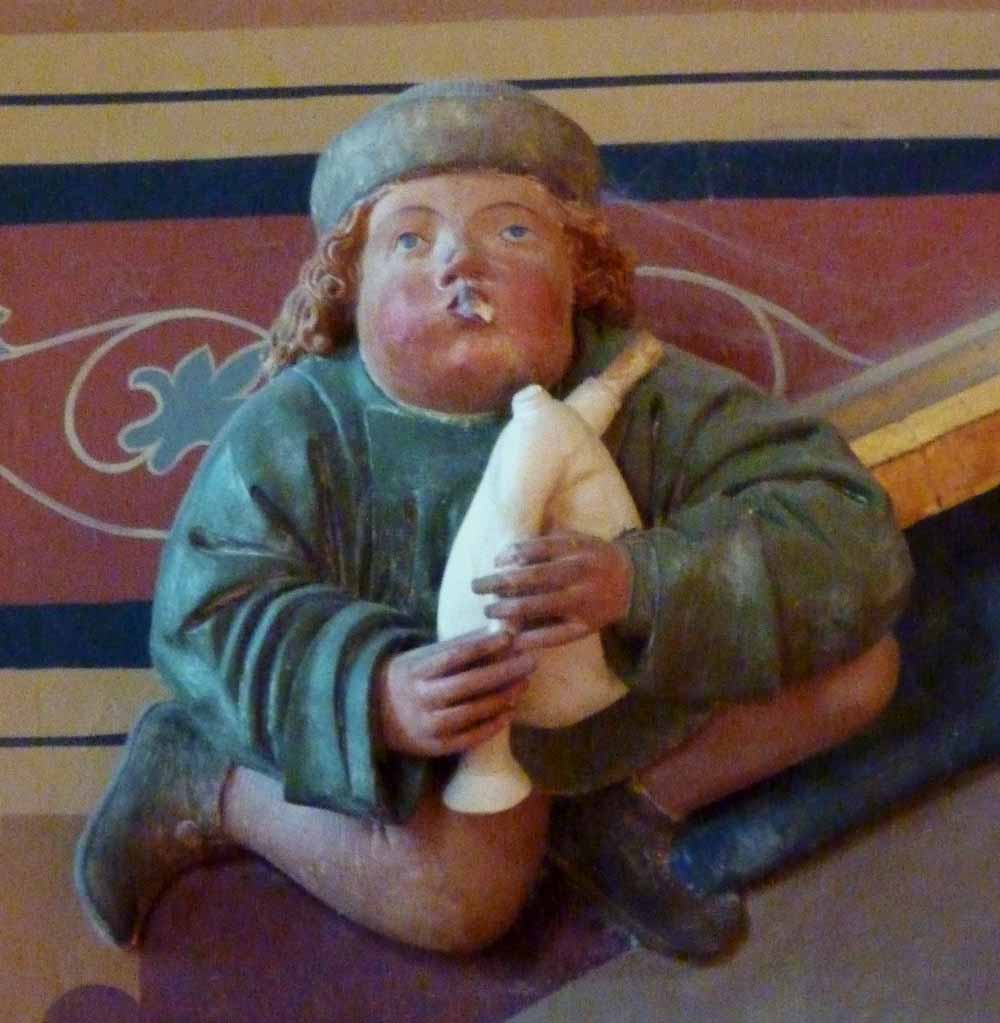 What’s this weird trend of pipers sitting down to play full Highland pipes? Okay, we get that you think it’s cool and different, but this went round in the 1980s, and petered out once people started to strain groin muscles. And there was the odd hernia. Blowing a set of robust Highland pipes can be like a serious battle with constipation. Like it or not, the instrument is made to play standing up. A chanter tucked between your legs is a bit unseemly, anyway. Stand up, kids, get regular, and let the pipe be heard!

Still on Facebook. Can pipers and drummers please stop posting selfies of themselves with drink? It’s especially tiresome seeing teenagers in kilts swilling pints. The next adjooodicator to post a “pre-flight pint” as they jet off to a competition, we shall have to complain to the airport authorities. No one cares about your stupid pint. It just perpetuates a drunken stereotype. Not. A. Good. Look.

You know what’s a good look? The holidays. It’s a great time of year. A time to reflect on and celebrate our achievements in piping and drumming. The preceding might be a tad gloomy, but we’re of the mind that getting it out there is the first step to getting after it. There is a lot to celebrate. There are wonderful piping and drumming gifts to give to your favourite players. This Christmas, be sure to give the gift of a new music collection, a recording, new sticks or mallets, a few pipe chanter reeds, maybe a new bagcover, a tone or humidity gizmo, or that rad new practice chanter your best mate is after. Fill them kilt stockings. Gifting all the way!

That’s it for our (Freddie) mercurial selves . . . Are you hanging on the edge of your seat? Are you happy, are you satisfied? How long can you stand the heat?