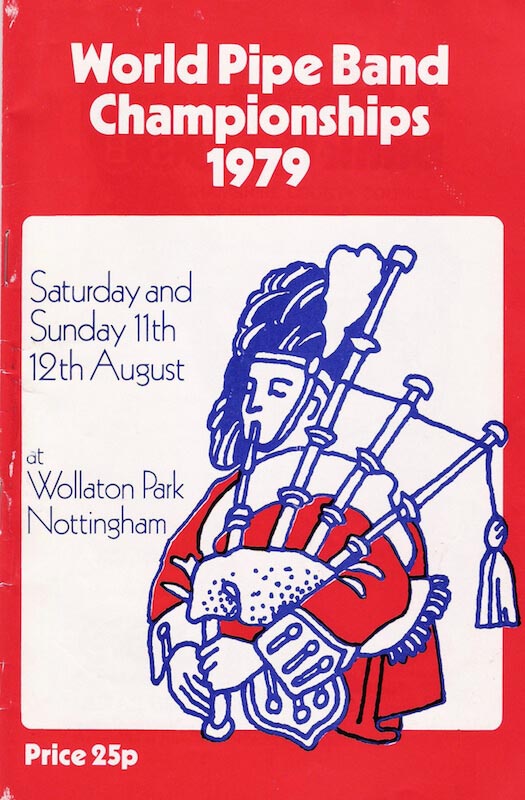 We can list milestone years in pipe band history: the debut of the competition medley in 1964. The first use of ensemble judging in the 1970s. The Strathclyde Police winning their sixth straight World Championship in 1986. 1987 we know by now all too well. 2010 and it went to Ireland with St. Laurence O’Toole.

But perhaps it was 1979 that was the most history-altering year of all. That was the year when, on August 11, for the first time ever, not just one but two non-Scottish bands gained a prize at the World’s when Triumph Street and City of Victoria placed, respectively, fifth and sixth, becoming the first “overseas” bands to make the list since Worcester Kiltie of Massachusetts took a third in the early 1970s. Worcester followed the first-ever overseas band to get a World’s prize, City of Toronto gaining a third in 1966 at Bught Park in Inverness under Pipe-Major Chris Anderson and Lead-Drummer Tim Orr. 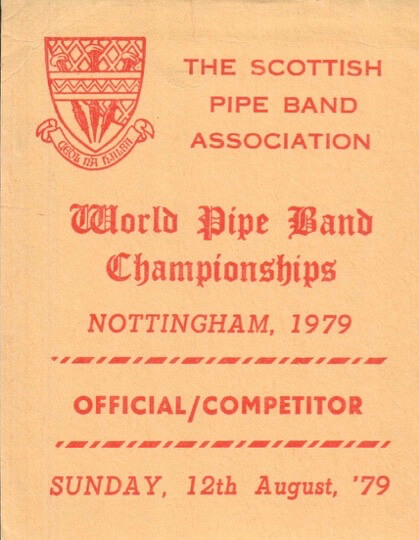 Remarkably, both Triumph Street and City of Victoria were rivals from British Columbia, Canada, putting western Canada on the map for good, eventually opening the way for Vancouver’s Simon Fraser University and their six World Championship victories.

By any measure, 1979 was an odd year for pipe bands in general. This was during the extraordinary heyday of the Grade 1 Dysart & Dundonald of Fife, Scotland. Dysart had upended the idea of what a top pipe band could be and the band, now largely unknown by a new generation, set the table for others.

Led by instructor-Pipe-Major Bob Shepherd, Dysart rocketed through the grades, from a Grade 3 outfit in 1970 to winning back-to-back Grade 1 World Championships in 1977 and ’78. They did it with almost total homegrown talent that gained a reputation – deserved or not – as a ragtag group of ruffians in the age of punk rock from working class families who thumbed their collective noses at pipe band convention. 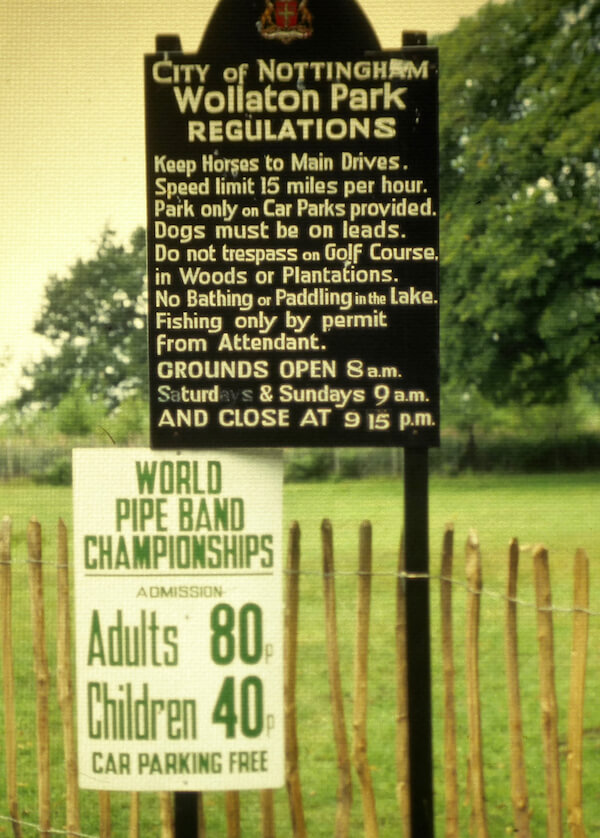 Rather than slavishly adhere to complicated and bothersome things like playing prescribed doublings in all tunes, or even having three drones going in all or even most bagpipes, the band evidently took a chanters-first approach to winning. It was less about risky and difficult subtleties and more about impact and clarity – a tenet that in many ways holds true today. What use was musical playing when chanters were way out of tune?

Dysart bucked pipe band mores, much to the chagrin of established greats like Pipe-Major Iain McLeod of the Edinburgh/Lothian & Borders Police (in 1979 he was pipe-major of Grade 1 Babcock-Renfrew) and the McAllisters of Shotts & Dykehead Caledonia fame. Dysart had little use for spit and polish, Shepherd and Lead-Drummer James King leading a one-band rebellion against the establishment. 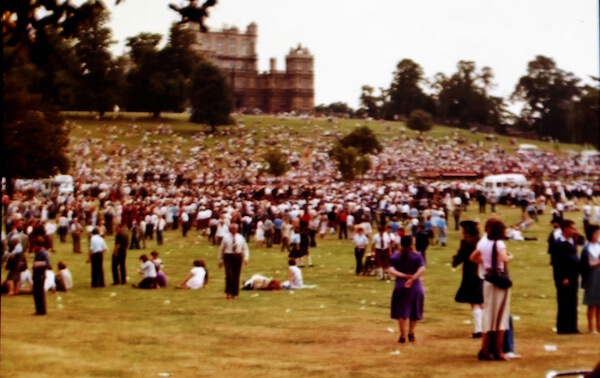 And not only was Dysart winning the World’s, they were cranking out a studio album a year (seemingly recorded with only a handful of their best players), creating and borrowing new material at a prodigious rate.

The band can even be seen as being the inventors of the modern pipe band concert. It wasn’t the 78th Fraser Highlanders that started the trend; it was Dysart & Dundonald who strutted their stuff in full-length shows on-stage, beginning in 1979, and the first band to perform a “pre-World’s” concert, in 1981, at Ballymena, Northern Ireland.

We retrace this history because Dysart were very much in sync with the times. All over the western world, “the establishment” was being challenged, with punk rock, outrageous fashion, the sexual revolution and an explosion of technology.

And the pipe band establishment for some reason, somehow, some way, allowed Dysart & Dundonald to happen.

But not for long.