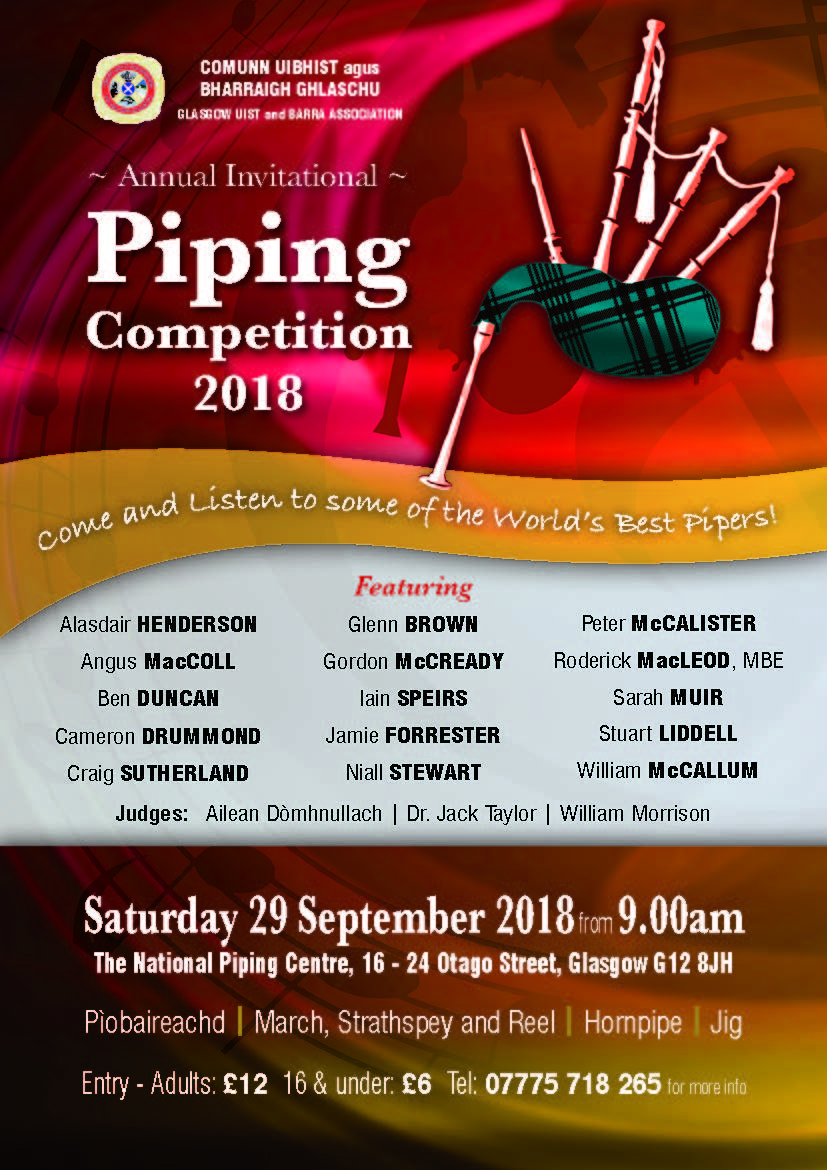 Thanks to unusual winter weather that hit Glasgow last March, the annual Uist & Barra Piping Competition went from being the first big event on the UK solo piping calendar to being the last, after the contest was rescheduled to this Saturday, September 29.

+ From first to last: Uist & Barra will be on September 29th

There have also been a few amendments to the lineup of players, with Callum Beaumont, Faye Henderson and Finlay Johnston having to drop out. The good news for listeners is that Stuart Liddell, Gordon McCready and Niall Stewart have each come on board.

The cast of competitors is a who’s-who of world-class solo pipers:

Organizer John-Angus Smith said that the event “unfortunately won’t be streamed this year. Preparations are going well and the National Piping Centre staff have been very helpful ensuring everything will be ready. We will be back to the first Saturday in March next year, and as usual the invitees will be drawn from prize winners at this year’s major piping competitions.”

All events will be judged by Alan MacDonald, Jack Taylor and Willie Morrison.

With the Scottish Piping Society of London’s November competitions serving as the first qualifying contest for the following year’s Glenfiddich Championship, “London” is generally considered to be the first major solo event of the season.

Stay tuned to pipes|drums for results from the 2018 Uist & Barra Annual Invitational Solo Piping Competition as they are made available.