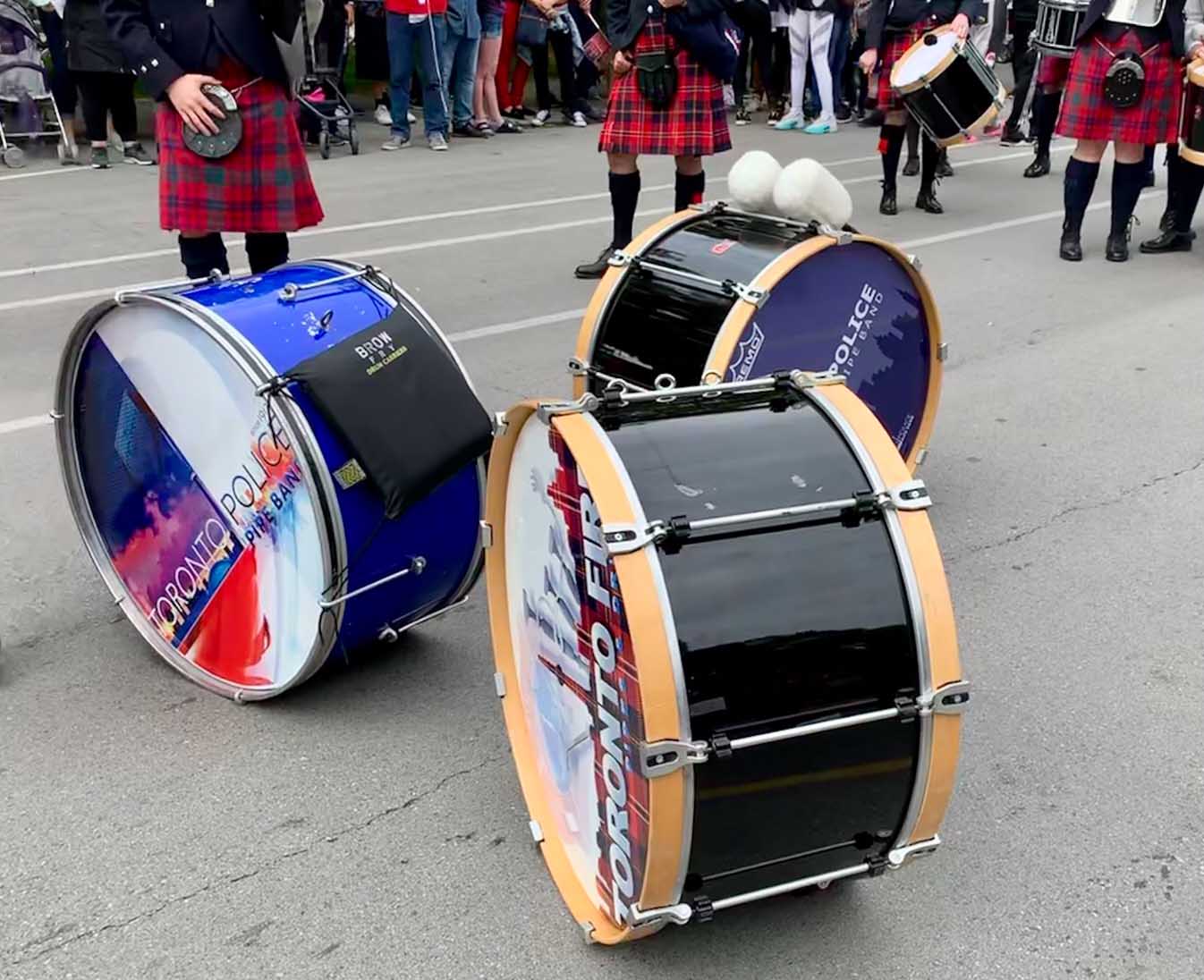 With an estimated crowd of more than two-million lining the streets of downtown Toronto, the combined Toronto Police and Toronto Fire Services probably broke a record for largest collective live audience for a pipe band when they led the parade for the Toronto Raptors basketball team, as the city and Canada celebrated the team’s first 2019 NBA Championship victory.

The parade band was formed from available members of the Toronto Police and Toronto Fire Services organization’s various bands in Grade 2, Grade 3 and Grade 5, leading the cavalcade that wound its way through North America’s fourth-largest city over four hours.

The parade wound up at the main square in front of Toronto’s city hall, where players, politicians and the world’s biggest music star, Drake, spoke.

Most workplaces in the city of nearly five-million people allowed employees to take time off for the parade, and a perfect sunny day added to the huge crowds.