Editorial: Welcome to the weed tent 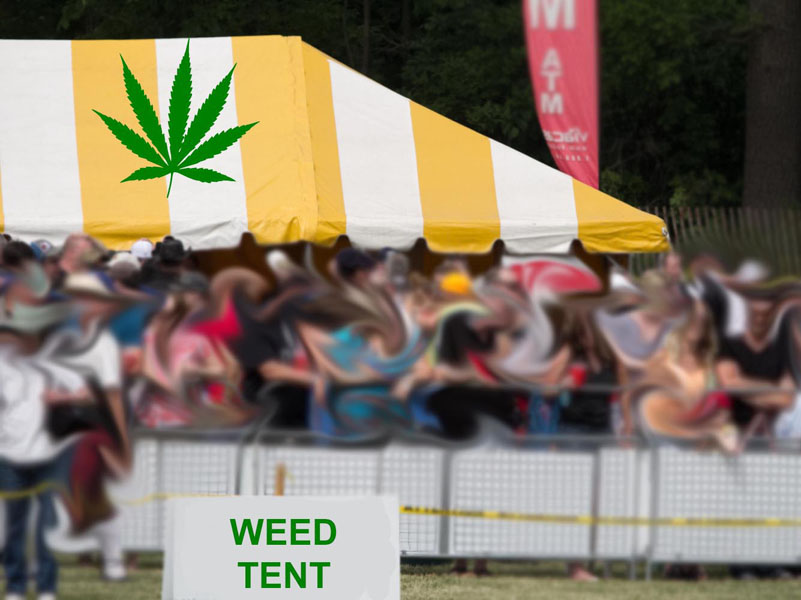 Canadian readers and perhaps many more from other countries will know that using marijuana will be legal in Canada nationwide on October 17, 2018.

Smoking it, eating it, drinking it . . . ingesting THC in whatever form is already a multi-billion-dollar business in nine American states. It’s been baked into the culture of places like British Columbia and California seemingly forever. There are perhaps apocryphal tales of pipe bands being largely high before, during and after competing for a long time, heading back to the band bus for a group toke.

The traditional drug of choice for piping and drumming has always been alcohol. Just take a look at your Facebook news feed and you’ll see no end of pipers and drummers taking selfies of themselves with a pint or a whisky. Booze is a bragging right with many people. And of course, no competition is complete with a bar or a beer-tent, and if, for some crazy reason, there isn’t one of those, competitors are sure to smuggle in their own supply.

For many, that beer after competing is as alluring as the rush of adrenaline from competing itself. We look forward to unwinding and relaxing, quickly forgetting the pressures of the day, forgiving the jerk pipe-major for blaming you for that blooter, or the rogue – idiot! – judge who cost you first. Where studies show that alcohol can fuel rage and impair judgment, they also indicate that weed relaxes users. Heated beer tent arguments and occasional fisticuffs could now be mellow rap sessions with your new best friend rival.

Instead of or in addition to the hallowed beer tent, can we also expect a weed tent at Canadian Highland games? Why not? Our cultural acceptance of pot as a legal, available and regulated intoxicant is quickly catching up to booze.

Not only will the use of cannabis be legal in Canada for those 19 and older (same as alcohol), and just as available as alcohol from controlled, government-run distributors and retailers, research indicates that it’s not as harmful or addictive as the demon drink. And rather than the loss of coordination and dexterity that comes with a few amber pops, the main effect of weed seems to be that is slows everything down.

If you think that 2/4 marches are desperately deliberate now, just wait for high pipers to have a go at “The Clan MacColl” at a rollicking 40 beats-per-minute. If you find piobaireachd lamentably long-winded these days, a blazed soloist dreamily playing “Scarce of Fishing” might just take the tune and his hookah pipe into the next day.

To be clear, we aren’t condoning the use of cannabis any more than we encourage the use of alcohol. But when used in moderation by adults not prone to addiction, there’s apparently little harm and, in increasingly more countries, states and provinces, it’s legal.

So perhaps we should prepare for high times at the massed bands, where the flask in the sporran might be replaced by a few edibles, and the silver cup trophy could be filled with a cannabis-infused cocktail. Anxious competitors might supplant their wee nip before they go on with a quick vape to um, mellow out, man.

We live in interesting times.

What do you think? Be sure to use our commenting tool below to express your thoughts.