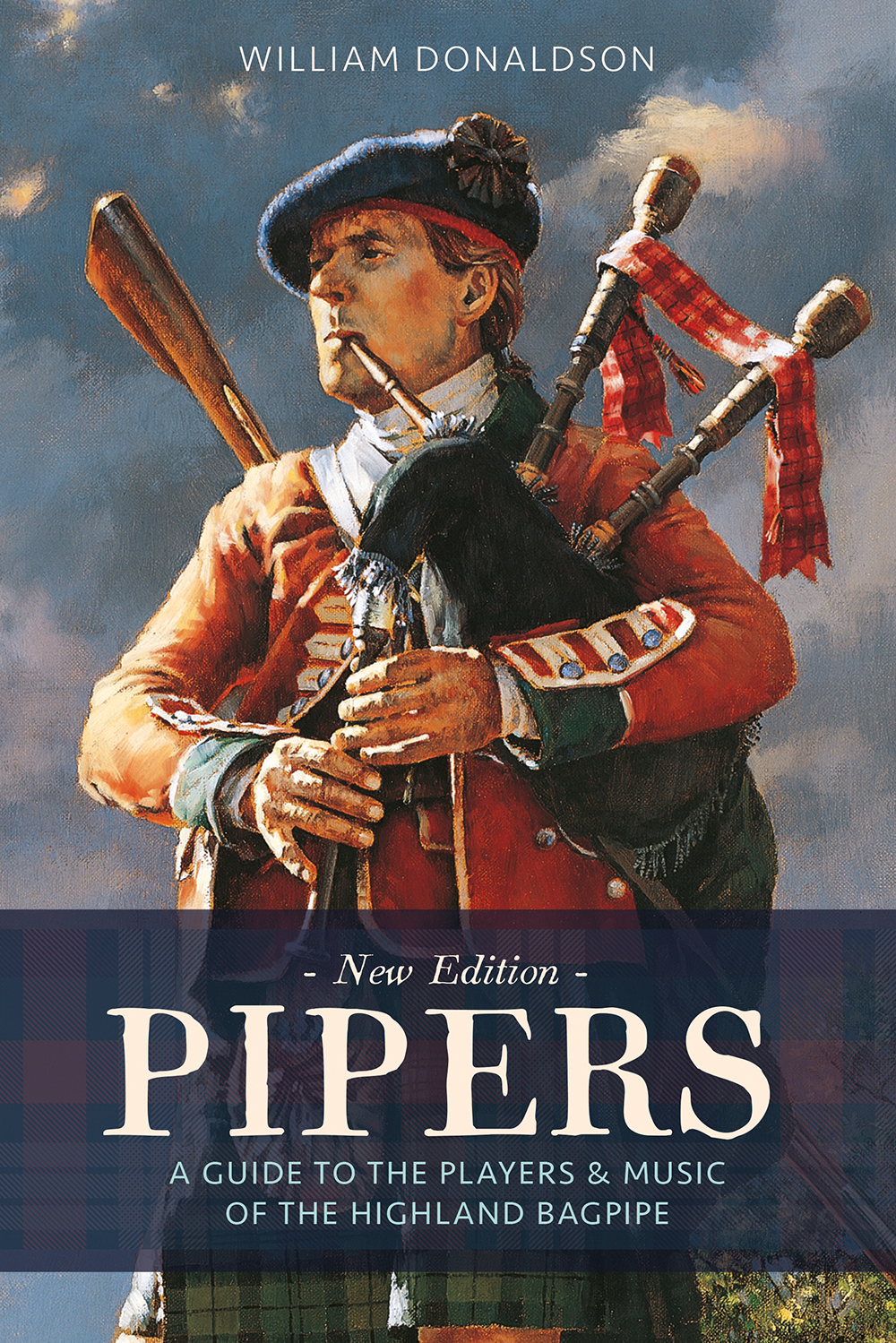 An update to William Donaldson’s book Pipers: A Guide to the Players and Music of the Highland Bagpipe, first published in 2005, will be released on February 3rd by Birlinn Ltd.

“It’s been lang in comin’, but here it is,” Donaldson said about the new edition, which considers the many changes that have occurred with the Highland pipe and pipers over the last 16 years. The new edition adds more than 80 pages to the original printing and delves into how the digital age has impacted the instrument, its music and its players.

The book, priced at £12.99 (including free delivery in the UK), is written for both pipers and non-pipers alike, providing an essential history of the instrument and its historically important players.

He shows in Pipers how pipe-music is alive and vibrant as an evolving artform, an interesting parallel to his seminal book, The Highland Pipe and Scottish Society 1750-1950, published in 2000, which was at the time a controversial historical analysis of pipe music and attempts by the Scottish aristocracy to control piobaireachd through standard settings.

An excerpt from pipes|drums’ 2005 review of Pipers: A Guide to the Players and Music of the Highland Bagpipe:

In Pipers, Donaldson continues to tell the truth about Archibald Campbell’s negative impact on piobaireachd as a living art. He also continues to bring to light the plight of C.S. Thomason and Lt. John McLennan, two under-appreciated giants of piping who were ostracized by [Archibald] Campbell and the influence of the new piping establishment that emerged in 1906. Donaldson perhaps identifies with Thomason and McLennan as people who were not afraid to fight and take a principled stand for the truth.

Willie Donaldson is the author of the Set Tunes Series on pipes|drums, an exhaustive analysis of nearly 200 piobaireachds that includes every known published arrangement of each tune. It is the world’s largest analytical repository of ceol mor.