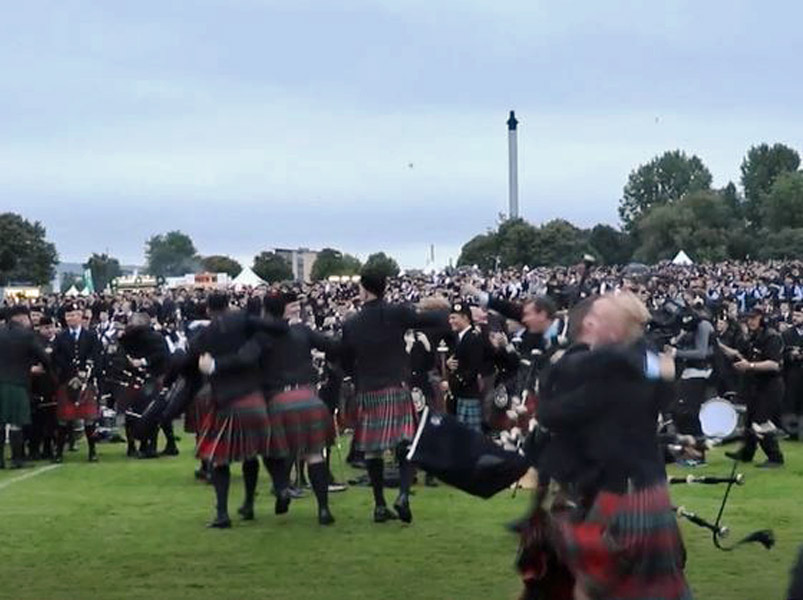 Glasgow – August 18, 2018 – Field Marshal Montgomery were declared 2018 World Pipe Band Champions after a day of overcast and sometimes rainy conditions at Glasgow Green against 11 other finalists in the Grade 1 competition, stunning those watching, due to not winning a major previously in 2018.It was the twelfth World Championship title for the Belfast-based band. The band won in convincing style, taking both the Medley and MSR events.

In a tight Grade 2Final, City of Dunedin of Florida won, almost assuredly paving its way to Grade 1 status in 2019.

The stands at the main arena were never completely full for the Grade 1 events, and often as much as half empty. Only a handful of seats were occupied for the Grade 2 Final.

The final prizes in Grade 1 were announced after 8:30 pm.

In Grade 2, 10 of the 12 finalists were not from Scotland. There was a significant disparity in the size of bands, ranging from more than 20 to only 11 pipers.