Blairgowrie, Scotland – September 4, 2022 – Following the Braemar Gathering, Edinburgh’s Ben Duncan enjoyed his second overall trophy in as many days with a clean sweep of all the senior events at the Blairgowrie & Rattray Highland Games. There was a large entry, weathering heavy rain in the morning but dry and warm conditions in the afternoon.

Bobby Allen was the winner of the Jimmie MacGregor Quaich for the aggregate in the C-Grade events. The trophy is named in memory of the long-time organizer of the games, as well as numerous other solo piping contests. Murray Henderson took on the organization of the competition following MacGregor’s untimely passing in 2011. Stuart Samson has now stepped up to be the piping convenor of the popular contest, which adheres to Competing Pipers Association grading and adjudicators having to be a member of the Solo Piping Judges Association. 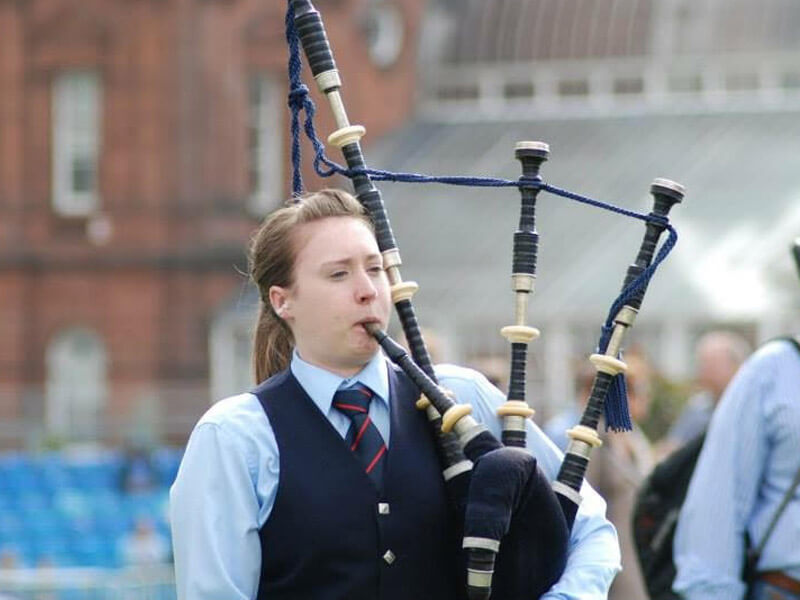